More than half the airplanes in the world are grounded, according to travel industry analysts. 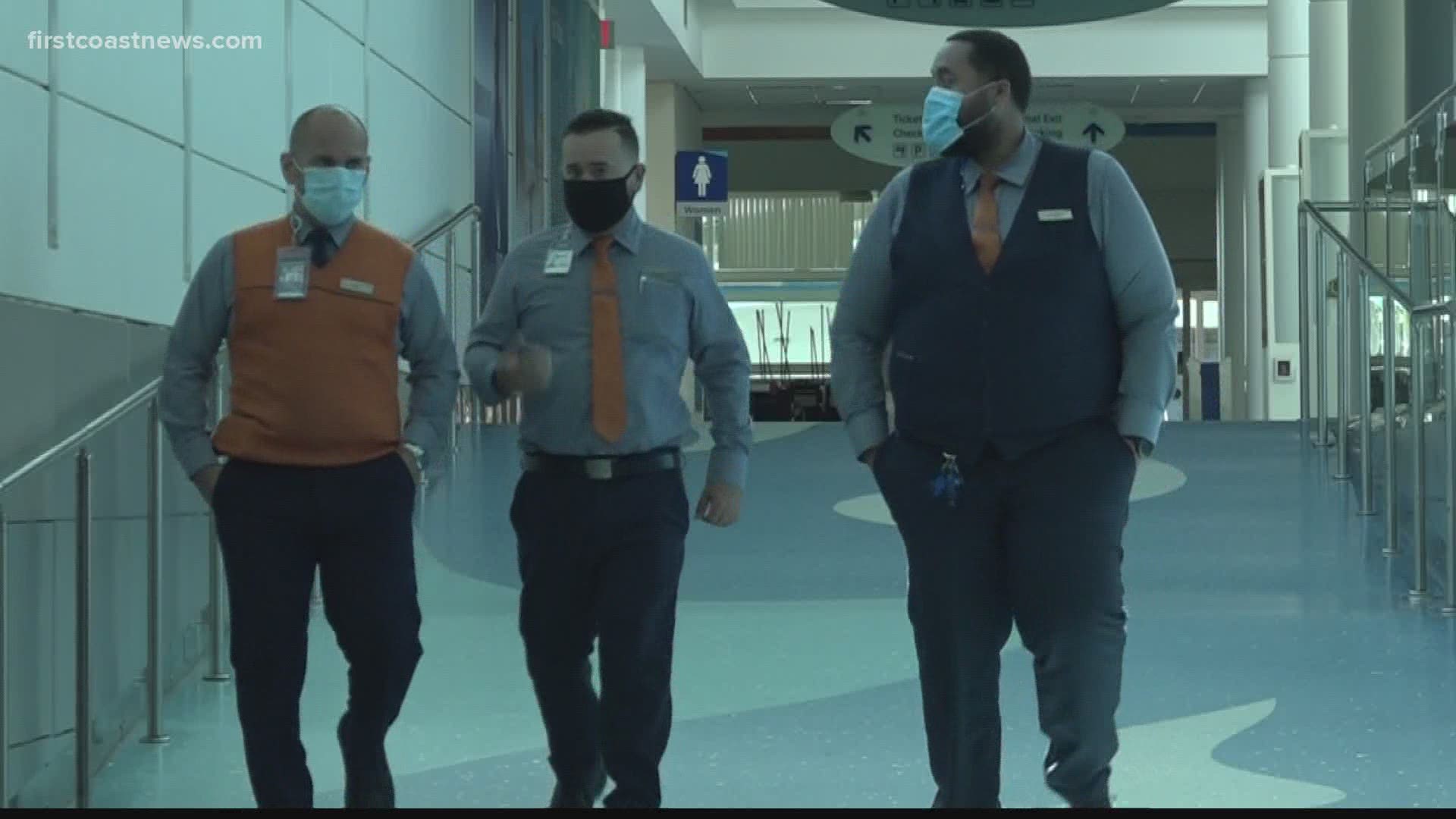 "Eerie" is how one man at Jacksonville International Airport describes the empty terminals and lack of lines.

More than 10,000 people a day were boarding planes at Jacksonville International Airport this year through the first week of March, according to the airport's external affairs director. Last week the average was 350, a nearly 97 percent drop.

"It's kinda eerie," said John Fall, who was picking up his wife from the airport. "You never see an airport empty like this."

More than half the airplanes in the world are grounded, according to travel industry analysts at Cirium.

"What we're hearing right now, people are asking us, 'hey when is it safe to travel?'" said Kamen Blackwell, owner of travel agency TripVax.

RELATED: Where in the World Can You Travel to During the Covid Pandemic?

Blackwell says he's been telling people to shoot for July for their travel plans, but there's a lot to do before the airline industry's rebound. Blackwell says it starts with making people feel safe.

"Everyone that I would say that I've spoken to pretty much has said, 'hey do you think I should wear a face mask?' or 'where's it safe to go?'" Blackwell said. "If the airlines want to see business boom they need to implement things like everyone should wear face masks because if they do that then everyone will feel safe."

JetBlue is requiring face masks starting Monday and American Airlines will soon start handing them out. Feeling safe is crucial to reunite families across the globe.

Right now the CDC recommends you avoid travel. Airlines are following CDC recommendations and sanitizing cabins. Some are withholding some food services and requiring workers to wear masks.

"I flew like one month ago, " Meghan Fall said. "Only five or six people on the flight and today it's more. So I feel positive."

RELATED: Top 4 things you need to know about the first phase of reopening Florida

When travelers get back in the air, Blackwell says a lot of people won't be going to the same places they would have before.

"They still want to be a little isolated," he said. "Like some of the destinations they're asking about are Saint Lucia, Turks and Caicos. [They're] secluded, people are not looking to go into these large areas or groups of people."

TSA reports the ratio of guns per person is now more than two and a half times higher than last year.