'Come out of the darkness': Mother turns tragedy into purpose after losing her only son

"There's a very big hole in our family's heart that will never be healed," Deas said. 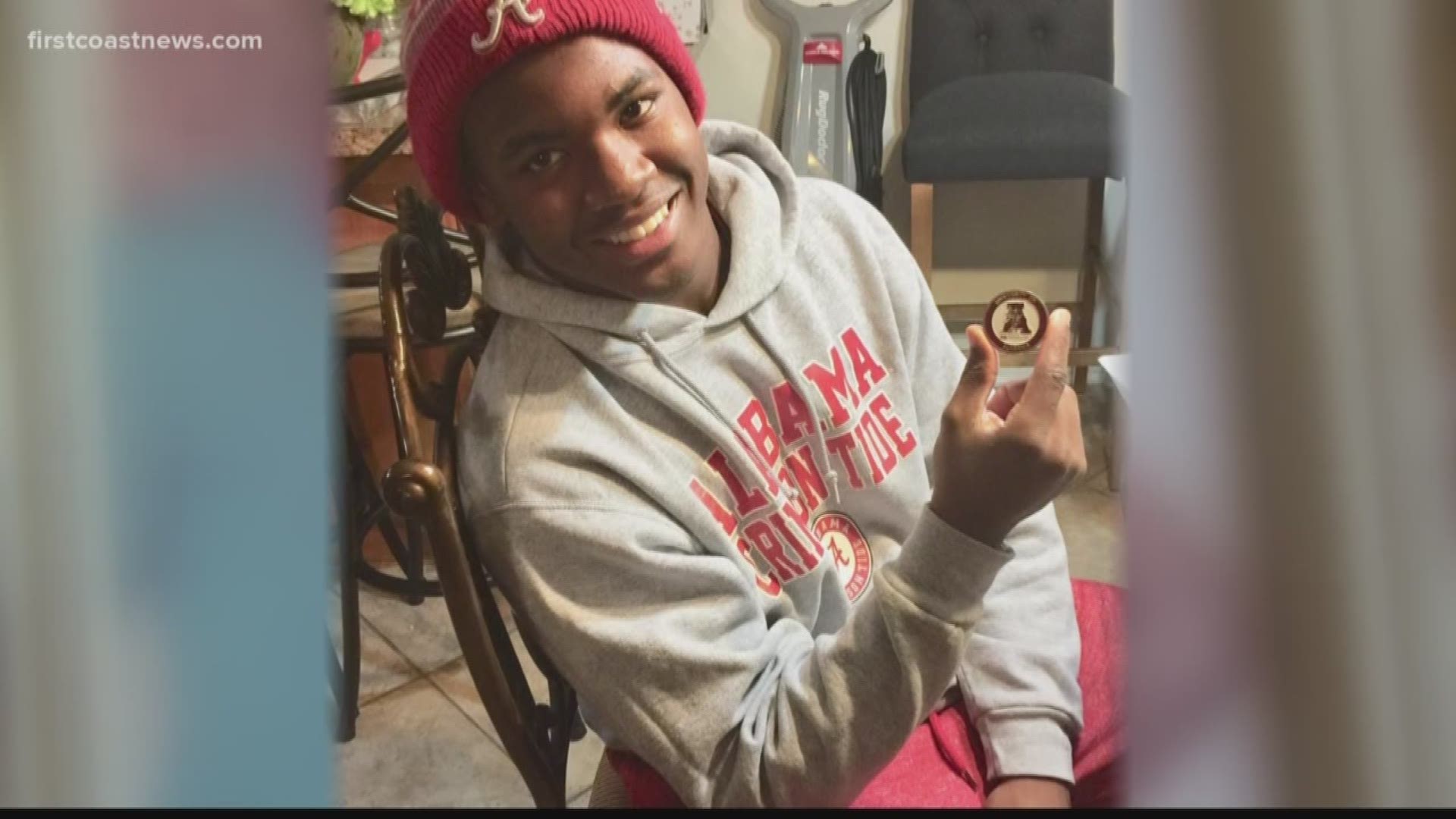 Darnell Deas Jr., known as ‘DJ’ was a popular, 16-year-old honor roll student and athlete. He always strived to make everyone happy.

In March, the Deas family returned to Jacksonville and things were looking up for DJ. He was loved by many and was in the process of transferring to Bolles High school on a full scholarship.

Deas would often ask him if he was spreading himself too thin.

On June 14, DJ was on the phone with his father, Darnell Deas Sr., who was serving in the Navy miles away. But, after the two ended their conversation, Deas Sr. said things felt strange.

“My husband said 'I love you.' He said DJ said I love you in a strange way,” she recalled.

At that moment, both parents had eerie feelings. A few minutes went by and they tried calling DJ back. But, it was too late. He had already taken his life.

“I arrived at the home," Deas said. "They had it all blocked off. They had it all taped off. And my friends were waiting for me at the front door. A couple of them, they were just like 'he’s gone.'"

She was distraught and could only think about how she’d have to break the news to her husband.

“My husband hadn’t been home since March, since we moved," she said. "He was actually in Rhode Island."

Now the Deas family is forced to live without a son and brother.

“There’s a very big hole in our family’s heart that will never be healed,” Deas said. She said there were no signs that he was planning to take his life, which makes accepting this tragedy even worse. They can't help but wonder why.

But now, Deas is urging parents to take action; to avoid experiencing the pain the Deas will forever feel.

“Just make sure you’re asking them, how are they feeling, how are they doing. And again, whatever they tell you, validate those feelings,” Cheryl said. “We would never want anyone else to go through this, ever.”

The Deas family will honor DJ by participating in the American Foundation for Suicide Prevention’s “Out of the Darkness Walk,” this Saturday, Dec. 1 at 9 a.m.

She said she prays that those who struggle will suicidal ideation will “…come out of darkness, into the marvelous light.”