YouTube says the policy of disabling comments was made out of an abundance of caution. A local nonprofit is demanding a better answer. 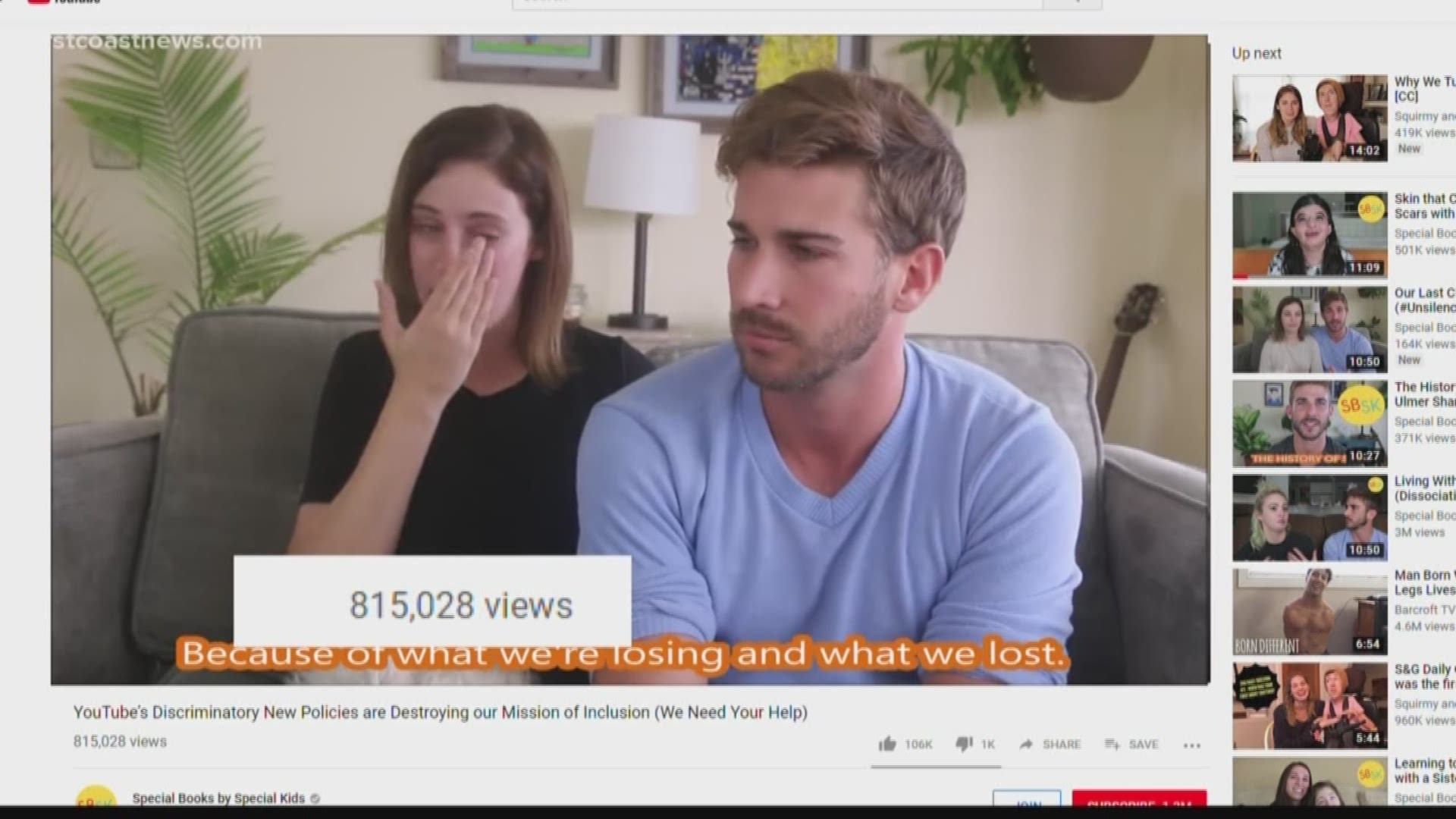 "I feel so sick and in such despair," Allyssa Porter said in a video posted to Special Books by Special Kids YouTube channel.

The emotional plea has been viewed more than 800,000 times by Monday afternoon. Behind the screen – a policy that YouTube itself has said is "a trade-off" to protect kids.

“Bots and YouTube have made this decision, and no one will discuss it with us,” Special Books by Special Kids (SBSK) founder Chris Ulmer said.

Ulmer, who is the face of the SBSK YouTube channel, said he is not satisfied with how the social media giant is handling the situation.

The videos posted to the nonprofit’s page are largely interview-based, highlighting the abilities of their guests who range in age. Ulmer added the organization depends on the comments section to empower those featured as well as show others there are others like them.

“We recognize we have a responsibility to take action to prevent exploitation of minors on our platform, including in comments,” a spokesperson for YouTube said.

Credit: WTLV
Part of the statement issued by YouTube.

First Coast News consulted tech expert Tyler Wildman with Identity Theft Countermeasures, who is neither affiliated with SBSK nor YouTube.

“I just think their decision to eliminate all content, comments so to speak, is basically throwing out the baby with the bathwater,” Wildman said.

He added that he understands what the website is trying to do but sees a problem in how they’re doing it.

“I think right now, honestly YouTube a good enough system to police this on their own automatically, Wildman said. "There’s no way someone could watch billions of videos themselves, so they have to have an algorithm that does that."

In the meantime, SBSK is appealing to YouTube and their online community in hopes of changing minds. A Change.Org petition has garnered more than 300,000 signatures as of Monday.

Wildman said it’s the collateral damage that in cases like this could make a splash beyond one social media website.