Julington Creek Baseball lost a dedicated coach a little more than a year ago. They've dedicated one of their fields to him now. 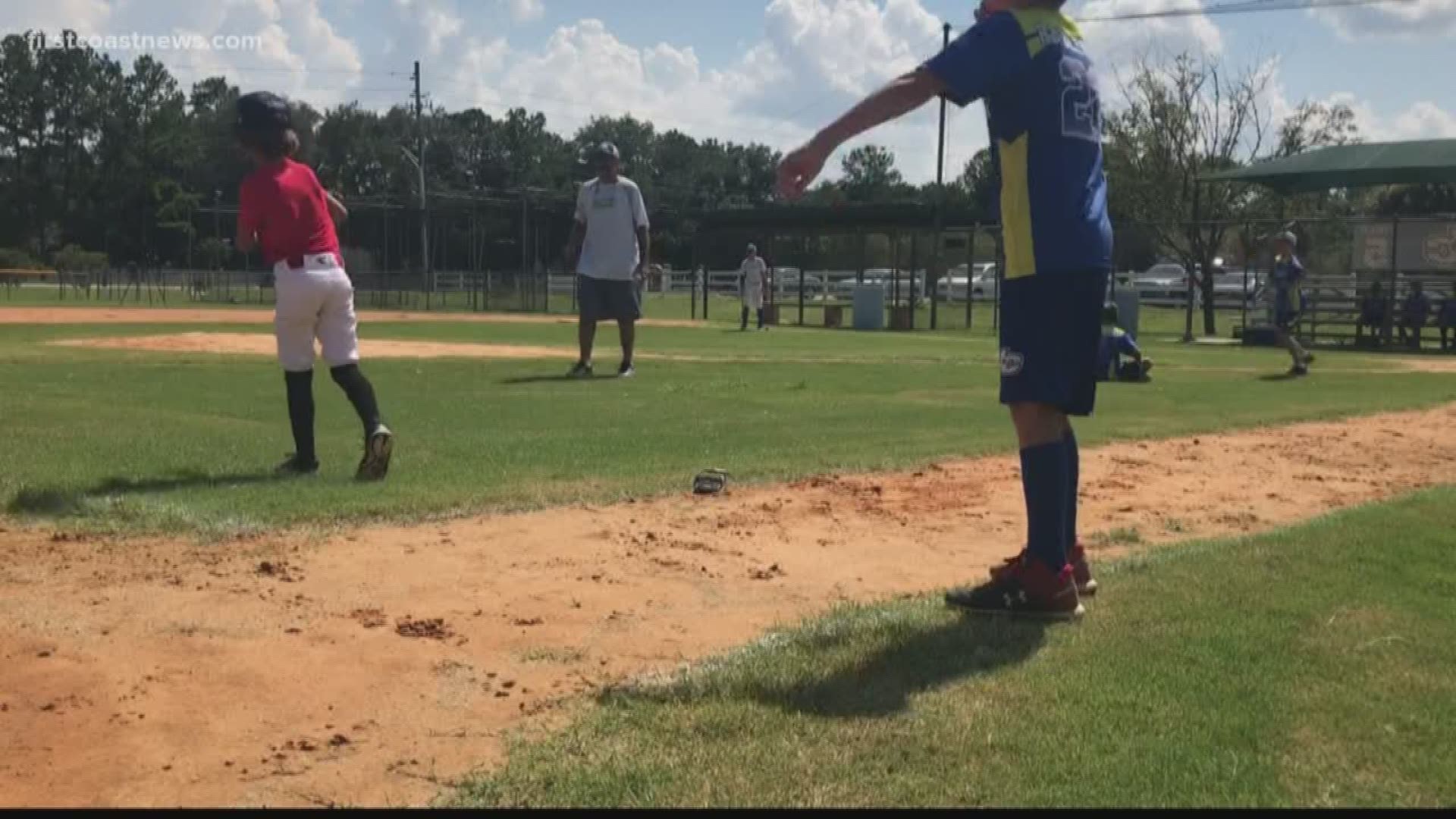 JULINGTON CREEK PLANTATION, Fla. — Every kid who played a sport remembers that one coach who made an impact on their life.

“He’ll be a coach that they point to for the rest of their lives, a coach they learned life lessons from,” said coach Adam Gaslin.

He's talking about Mike Sinno, a man he coached with for four years at Julington Creek and became close friends with.

Sinno, 45, died a little more than a year ago. He had a heart attack while coaching a basketball practice. His same group of baseball players were on that team as well.

“He went down and never came back up,” his wife of 25 years, Dana remembers.

“He was the type of person you could talk to about anything, he had a sensitive side," said his 17-year-old daughter Mia. "But he pushed people to be their best.”

“He was the ultimate father figure and leader for these guys,” Gaslin added.

Sinno, known to be such a powerful and beloved man at Julington Creek Baseball, will have his name will be on field five forever. They dedicated the field to him.

“I know he touched lives and I know many touched his," Dana said. "This makes me really proud.”

Between the teams of boys and their families, 100 people showed up to honor Sinno at the field. They played parents versus kids Wiffle ball game. There were many hugs, laughs and family-like support, which is why Dana says she can be so grateful, even during the hardest times.

“I'm just really thankful he was a part of this," she said.