It's unclear how the snake got loose in the neighborhood. 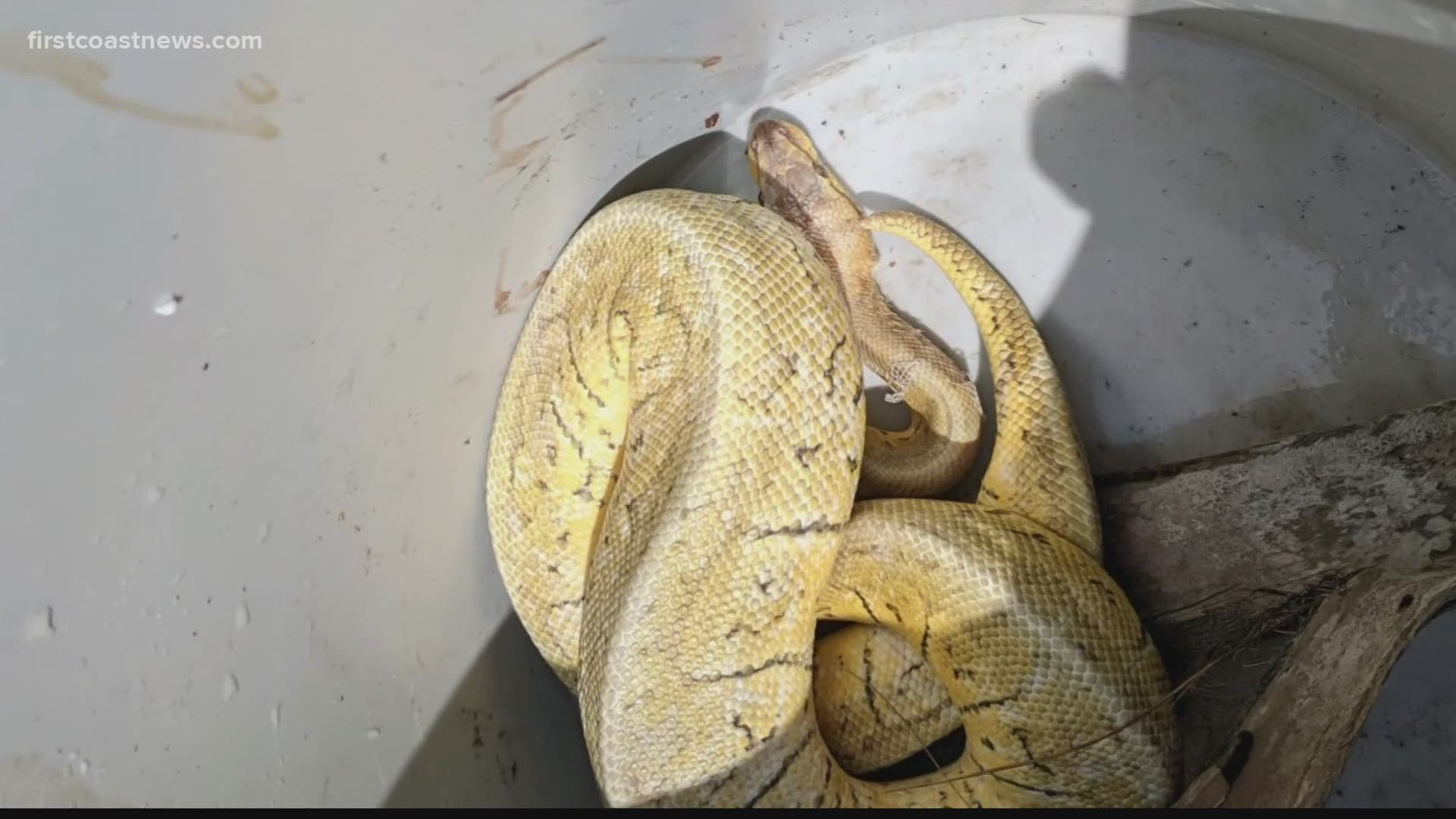 ST. JOHNS COUNTY, Fla. — One woman found a python in her yard and then in her garage in Vilano Beach last week.

"It was right in here," Dottie Hudson pointed to some bushes near her home. She saw a yellow snake balled up in those bushes.

She did not know that it was a ball python, a snake that is not found in the wild in Florida.

Then she saw it again in her own yard.

"I came out to feed the kitty," Hudson said. "And the kitty was in a frozen mode at its food bowl."

That's because the snake was in the garage, and its head was in the cat's water bowl.

Hudson is not scared of most snakes, but this one was a bit different.

She used a garden hoe and put him outside. That yellow snake hung around Hudson’s yard for a week.

Hudson’s daughter even posted online, looking for its owner.

When Hudson saw it in her garage for the second time, that was it.

"I couldn’t let him get loose in my garage. I would have to move!" She laughed. "I didn’t think he’d hurt me, but I figured I’d hurt myself getting away from him."

"I got this call from my mom saying there was a snake in her garage," Hudson's son Mick said.

So he went and got it and put it in a bucket.

He took it to a local pet store, and an employee there, a snake lover, gladly took it home.

"I can tell you this is definitely someone's pet," John Brueggen, Director at the St. Augustine Alligator Farm, said. "Ball pythons are not that color in the wild."

It is not clear how it got loose.

This type of python is not like those pythons that are invading the Everglades, according to Brueggen.

"In the Everglades, we have a problem with Burmese pythons," Brueggen said. "This is unrelated to those completely. It’s a small snake."

Small or not, it was not for Hudson, or her cat, who is fine by the way.