'They can learn from me': Owner of rescued dog says she'll get him microchipped

'Chase', an Australian Shepherd wandered away from his house July 8. He wound up stranded on a steep hill for a week. 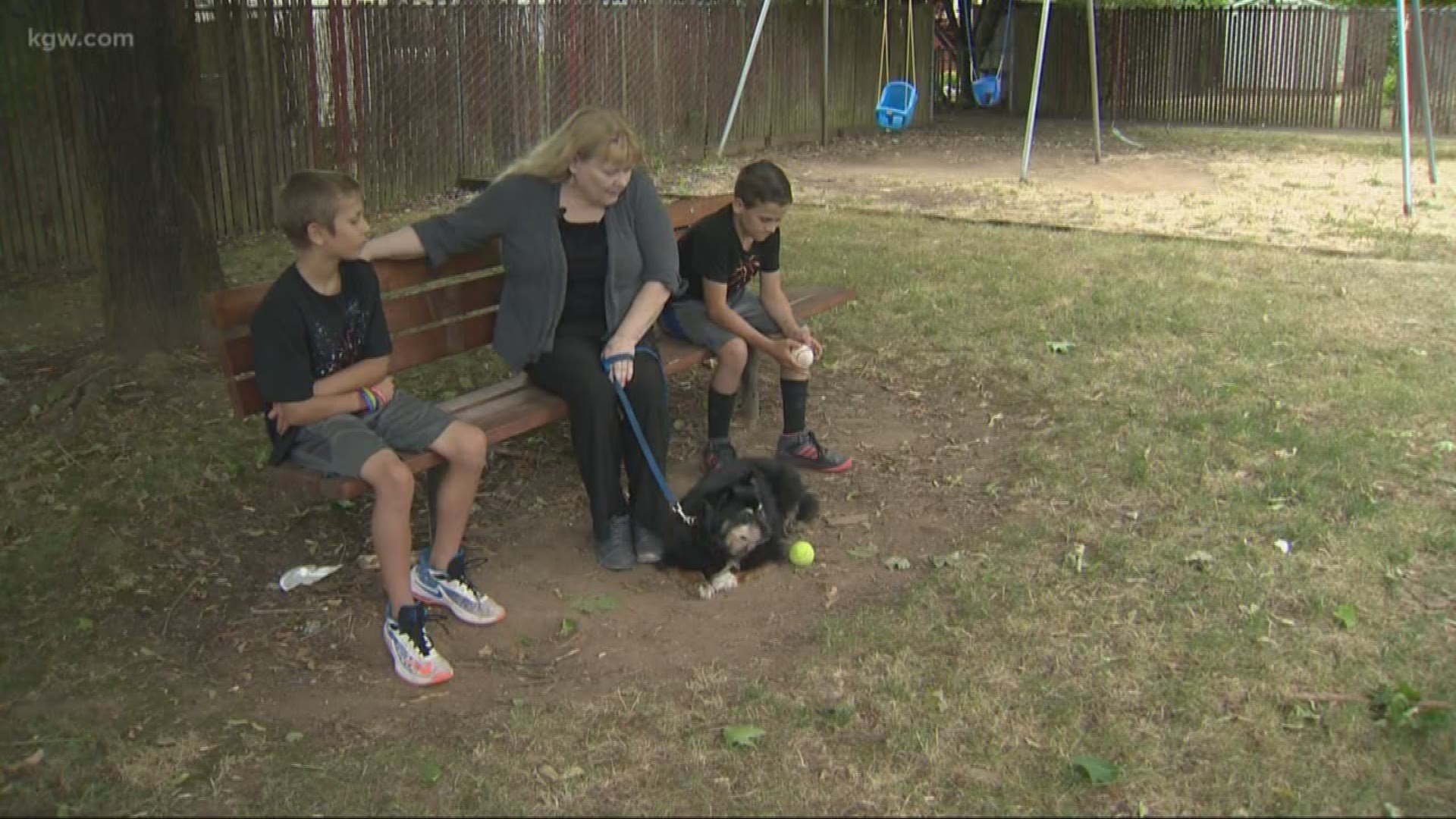 CANBY, Ore. — A dog rescued after spending a week stranded on a steep Canby hillside is back with his rightful owner.

'Chase', an Australian Shepherd, wandered away from his house July 8. He wound up stranded on a steep hill, covered in blackberries and poison oak, stuck until he was rescued July 15.

"He went out to use the bathroom and he never came home," said Chase’s owner Karen, who asked to be identified by her first name only. "I have a good feeling he's not going to return to the cliff area."

"For those people to go the extra mile, knowing they're going into poison oak and poison ivy and the berry bushes and all that, that's just remarkable," Karen said.

RELATED: Stranded dog rescued after a week on steep hillside

Chase went to Clackamas County Dog Services after the rescue. He wasn't licensed or microchipped, so he was almost put up for adoption. Then Karen caught KGW's story on the as-yet unidentified dog, and recognized Chase.

"Now we got him and we're excited!" Karen said.

Chase is licensed now and he'll get microchipped for free on Saturday, July 27. That's when Clackamas County will put on its monthly microchipping clinic with Good Neighbor Vet.

Karen hopes other people will do the same for their pets.

"They can learn from me," she said.