Wildlife experts are urging beachgoers to give seals on the beaches at least 50 yards of space, keep dogs on a leash and report sightings to 1-877-WHALE-HELP. 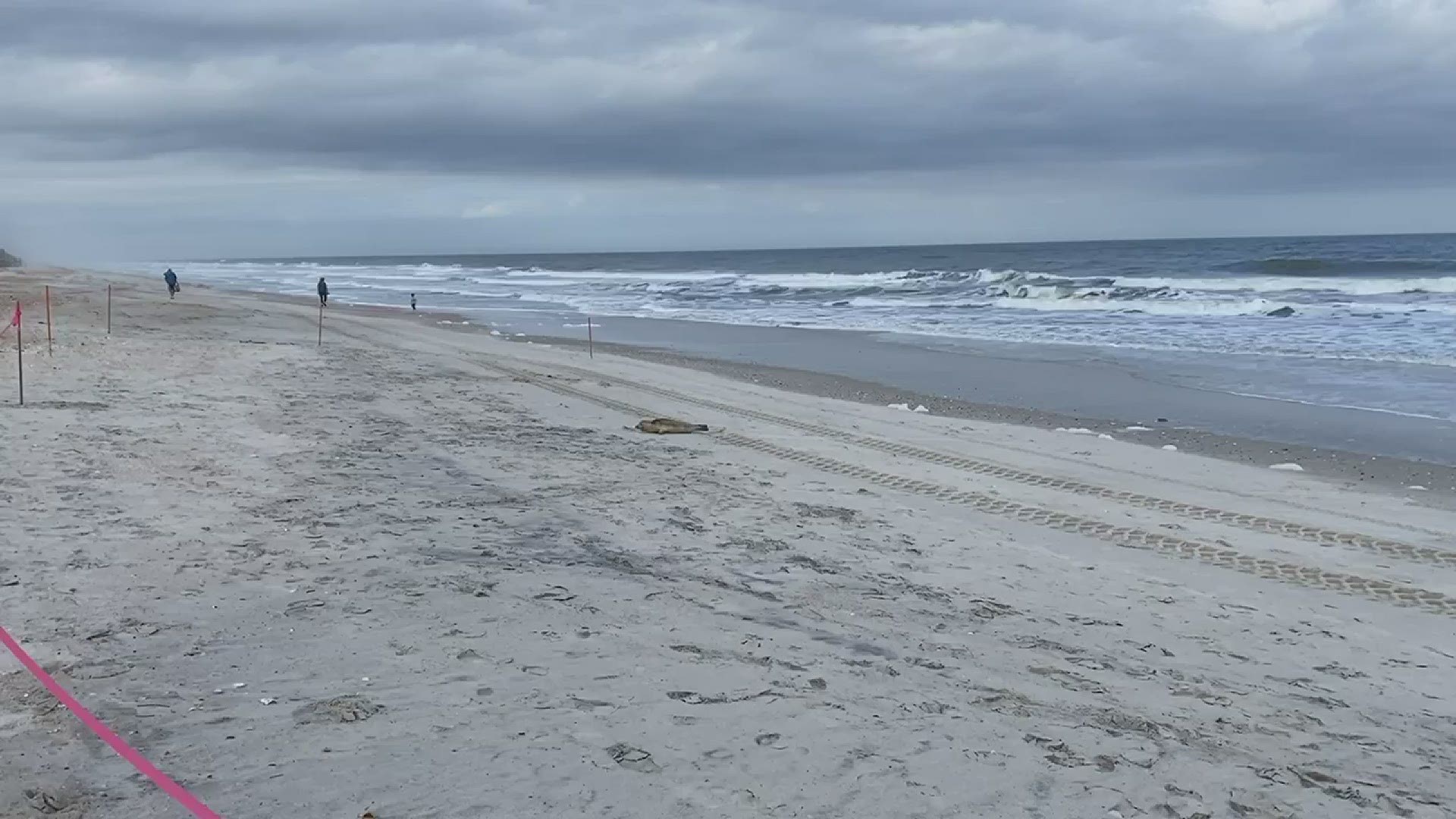 PONTE VEDRA BEACH, Fla. — A seal spotted resting and scooting along the sand at Ponte Vedra Beach Monday has captured the attention of many beachgoers, but wildlife experts are sharing one common message: Give it some space.

A volunteer for Mickler's Landing Turtle Patrol shared several photos and a video of the seal on Facebook Tuesday. The animal was off the beach as of Monday morning after resting for several hours.

"We learned yesterday what to do and what not to do and want to share that knowledge with the humans at the seal's next resting place," the Facebook post shares.

Anyone who sees a seal on the beach is urged to leave it alone and report sightings. You can call the Florida Fish and Wildlife Conservation Commission at 888-404-3922. You can also report sightings to 1-877-WHALE-HELP, according to the National Oceanic and Atmospheric Administration Fisheries Southeast Twitter page.

NOAA says you should keep your distance, at least 50 yards away from a seal, keep dogs on a leash and report the sighting.

"Biologists are currently monitoring a seal spotted resting along some North Florida beaches over the past few days," NOAA said on Twitter. "It is normal for them to come in and take a rest. Please give them space (50 yards), keep dogs on a leash and report sightings to 1-877-WHALE-HELP."

NOAA also said while it is not an everyday occurrence in Florida, it is normal for seals to rest on the beach alone.

"They often haul out for multiple days before returning to the ocean for food. The more they’re disturbed, the less rest they'll get," NOAA says.

Biologists are monitoring a seal that hauled out along some North Florida beaches over the weekend. While this is not an everyday occurrence in Florida, it is normal for seals to rest on the beach alone. For more: https://t.co/TrY4iC119C pic.twitter.com/7VTeDyFdLE