The shark appears to be tagged, according to the Florida Fish and Wildlife Conservation Commission, which could help scientists learn more about the animal. 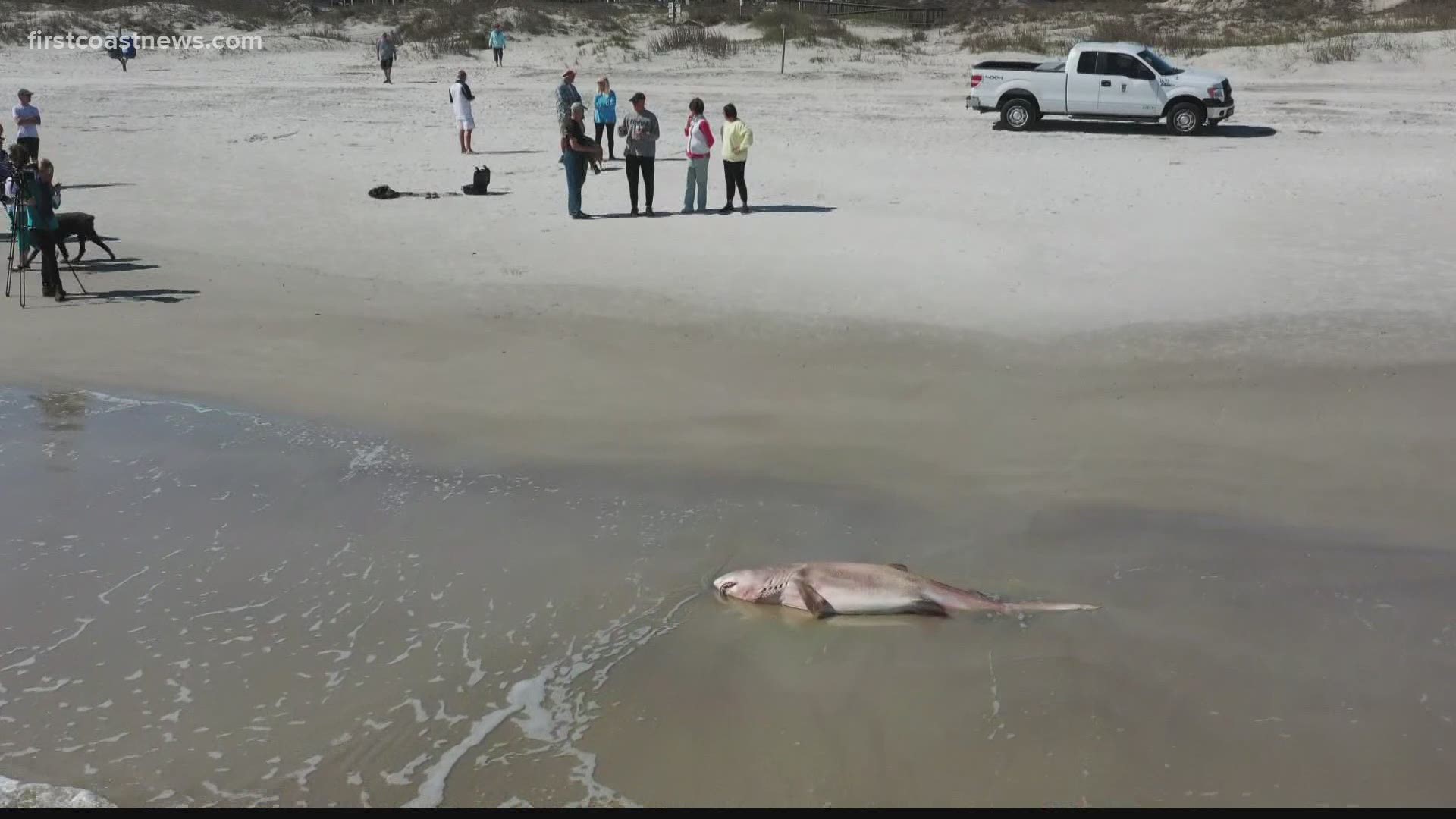 ST. AUGUSTINE BEACH, Fla. — (Note: The video above is from a related story.)

The 8'4'' foot sand tiger shark is a female, and it drew a crowd of curious onlookers to the beach. This kind of shark is in these waters in the winter and spring.

Dr. Jim Gelsleichter is shark expert and an assistant professor at the University of North Florida.

"[Sand tiger sharks are] slow moving," Gelsleichter explained. "They have teeth that stick out. It looks mean, but they’re not really. They’re not really dangerous to us. They have been found to bite humans every now and then."

Gelsleichter says sand tigers are protected because "they reproduce only once every other year. Each mom is only making two babies every other year. Basically the growth of the population is really, really slow."

"What happened in other parts of the world is people killed them because they looked some fearsome," Gelsleichter said. "As a result of that some of the populations became at risk."

He said it is not clear yet why this protected shark washed ashore.

On site, a wildlife team took samples for testing and found a hook deep in her throat. It's not clear if the hook was the cause of death.

The shark had been tagged, right by it’s dorsal fin. Gelsleichter says that is the kind of tag federal authorities use to track and better understand sharks. However, he says it appears the part with the identifiable information is gone.

"That's unfortunate," Gelsleichter said. "This happens to the tags every once in a while."

That could be a hurdle for conservationists seeking more information about the animal.

While FWC does not tag sharks itself, it does provide the following guidance for fishermen who reel in a shark that has been tagged by the National Oceanic and Atmospheric Administration or Ocearch: