The Florida-Georgia game brings lots of rowdy fans to Jacksonville. One that' fired up doesn’t look or sound quite like the others and is arguably the smallest fan. 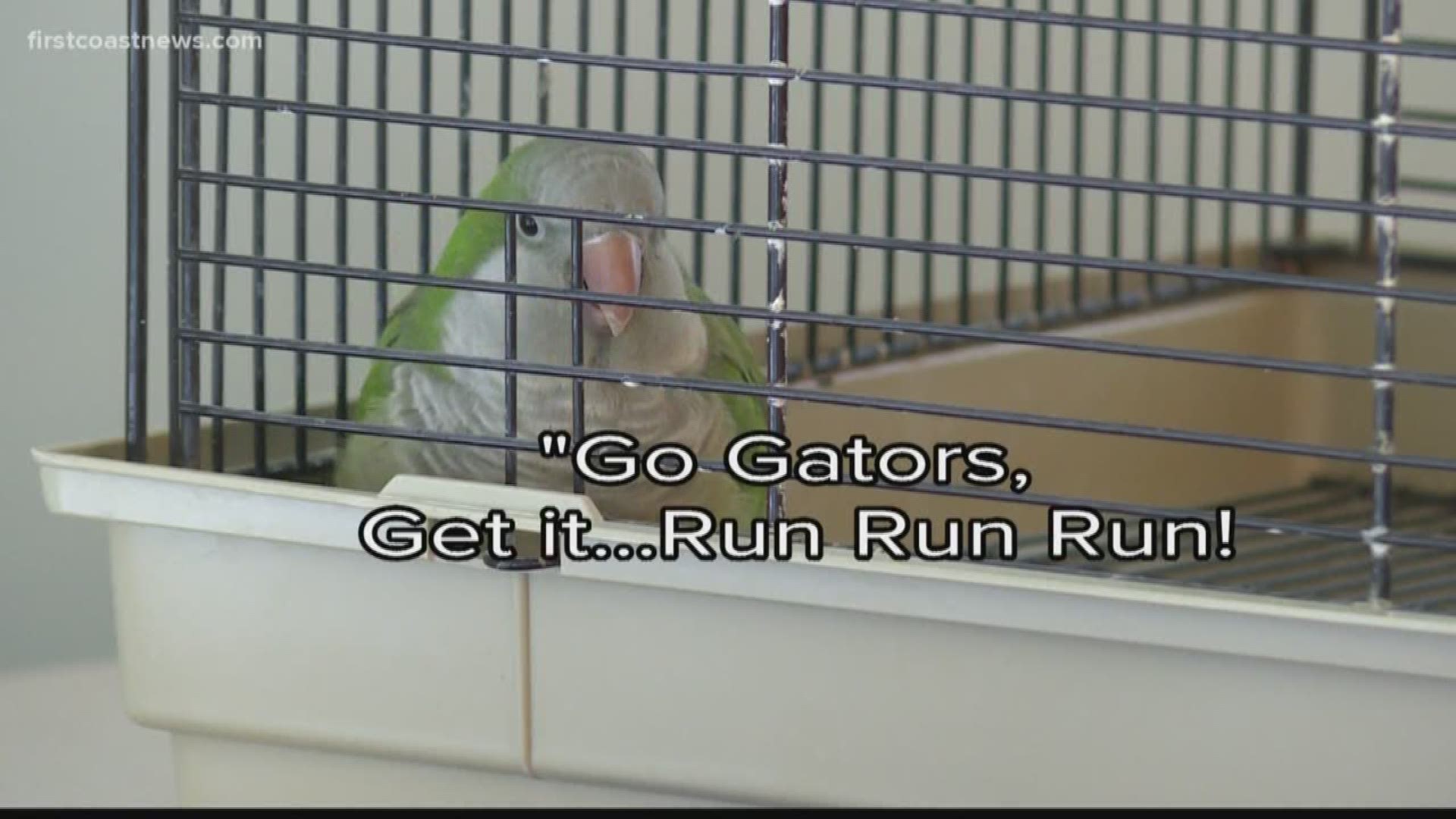 The Florida-Georgia game brings lots of rowdy fans to Jacksonville.

One fan that gets really fired up doesn’t look or sound quite like the others and is arguably one of the smallest sports fans.

The door to the home of Alice Baylis and her husband Bob Baylis is obvious, they're Gators fans and so is their pet.

“Over 300-word vocabulary, so she is pretty smart, but she’s a Gator girl," Alice Baylis said.

“She’s one of the tiniest little fans, she cheers hard for them," Alice Baylis said.

Even though her bird-cage you can here Lou Lou, a Quaker Parrot yells "Go Gators."

Lou Lou is now eight. Since about three months old, Lou Lou slowly picked up her owner’s love for the orange and blue.

It doesn't take much to get the small parrot in the fighting spirit, sometimes, even hearing the fight-song will get her going.

She even has a favorite all-time Gator, Tim Tebow.

The couple not only listens to her but relies on the birds' voice during the game.

With all the lights and cameras around, Lou Lou was quieter than normal. Maybe she knew a rerun of the Florida- Auburn game was on and it’s not game-day.

While Lou Lou may be resting her voice for Saturday’s game, Alice knows her Quaker is ready for kickoff.

“She loves it when the gators are playing an early game because she goes to bed early," Alice Baylis said. "Thank god we’re playing at 3:30, we have a big chance of winning cause Lou Lou is going to be cheering."