Lusia, named for Volusia County where she was found, was injured by a likely boat strike. Now, she's back swimming in the wild. 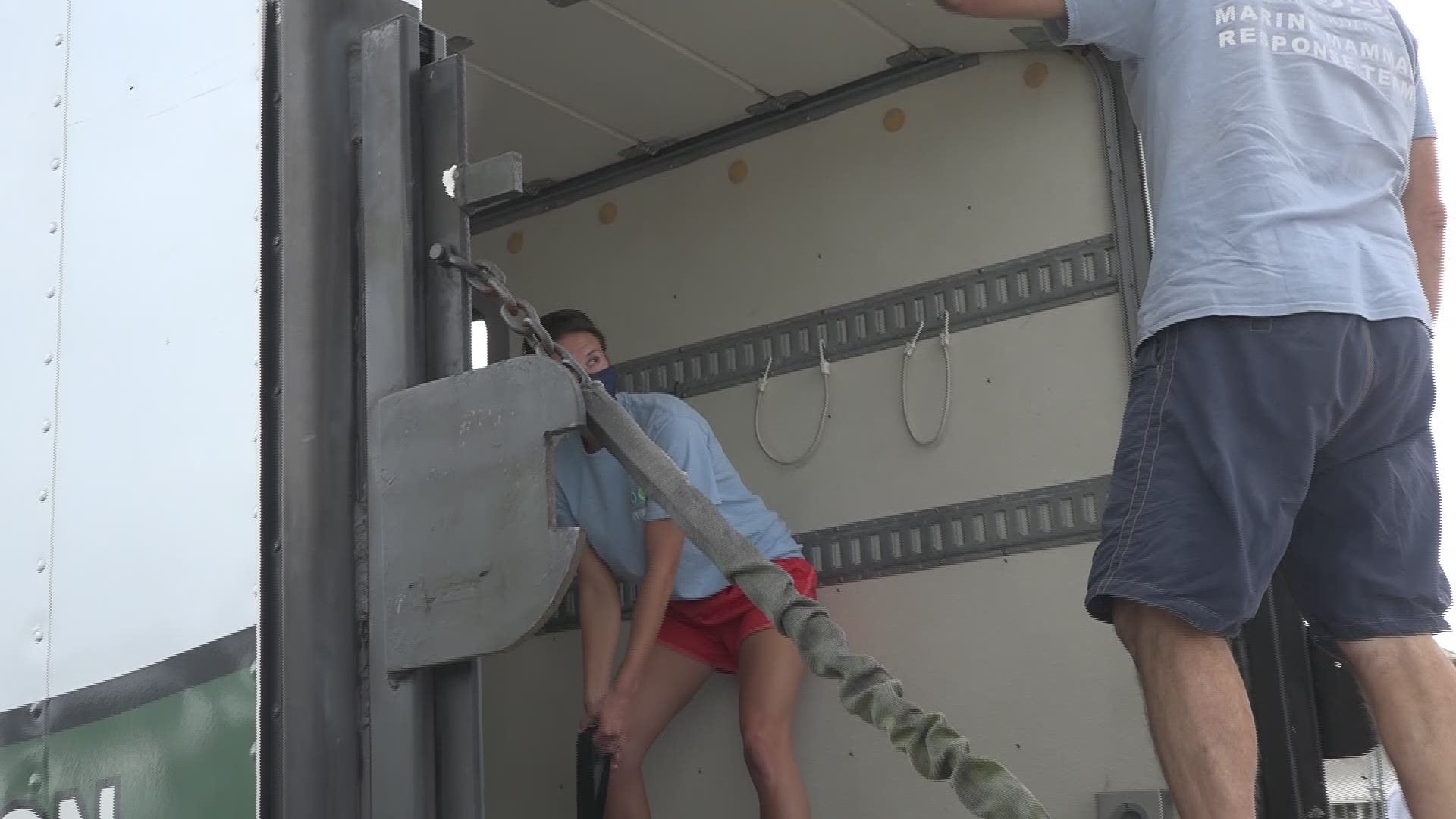 DAYTONA BEACH, Fla. — After three months of rehabilitation, a manatee rescued in, and named after, Volusia County is back in the wild.

Lusia was released Thursday in Daytona Beach. The young manatee was rehabbed at the Jacksonville Zoo after likely being struck by a boat, the zoo's Marine Mamma Response Team said.

Lusia had an hour-and-a-half ride in a Florida Fish and Wildlife truck from Jacksonville back to her home. Staff with the Jax Zoo said she was found with a wound across her back, fractured ribs and a partially collapsed lung when they first got her.

It took a crew of people from FWC, the zoo and Volusia County Manatee Protection Program to lift Lusia from the truck and back into the water, where she is now swimming in the wild.

Manatees are considered a threatened species, so if you see them, admire them from afar but do not approach them. It is illegal to harass a manatee.

Did you know there is a Manatee Critical Care Center right here at the Zoo? Since opening in 2017, 14 manatees have been released from the Jacksonville Zoo and Gardens. pic.twitter.com/Eyi3VEeWcm