Jacksonville Zoo releases manatee rescued in Mayport back into the ocean

The manatee, named Crevasse, was rescued Nov. 21 after he was discovered by members of the U.S. Navy when he was beached on the Mayport shoreline. 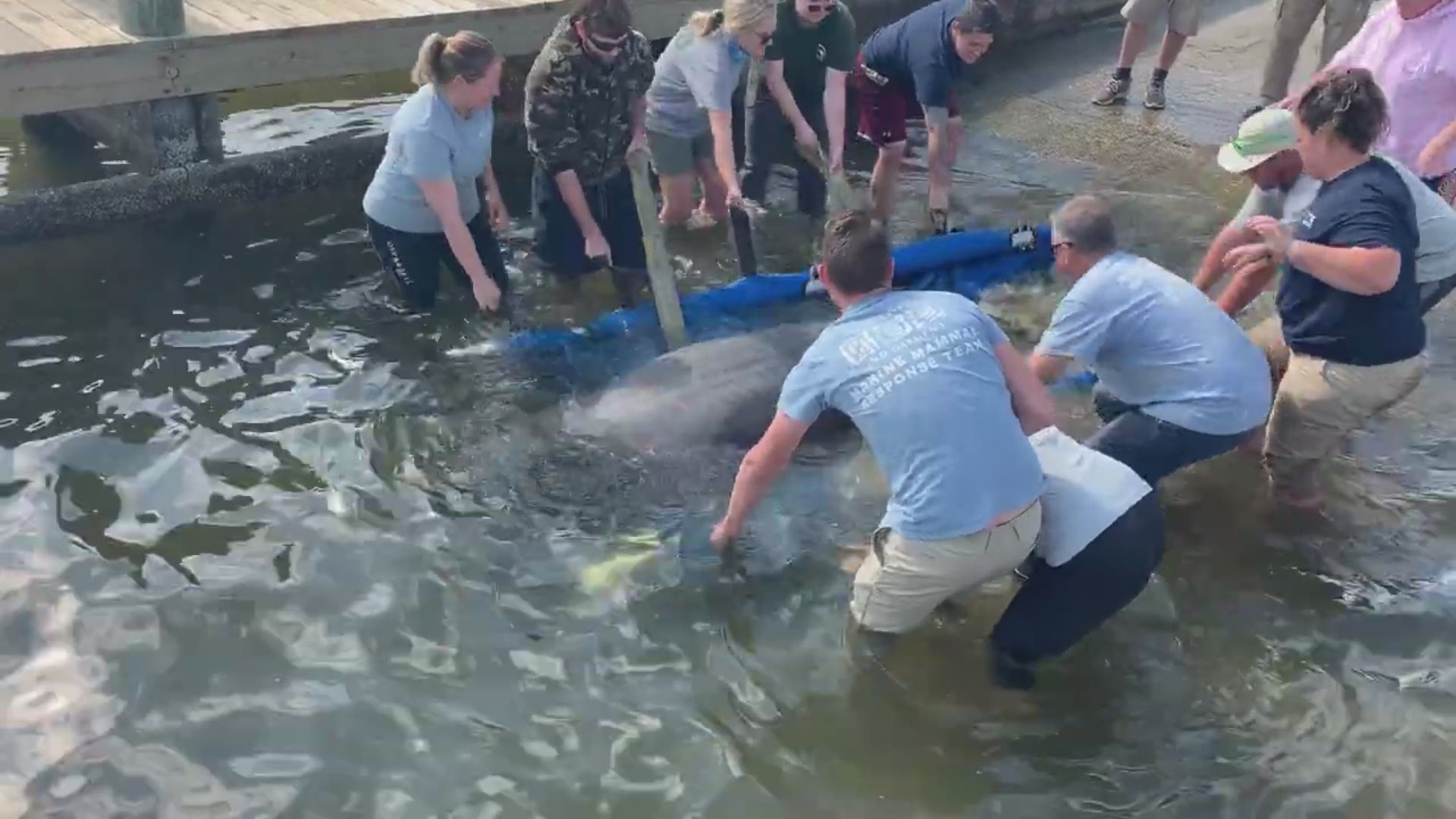 JACKSONVILLE, Fla. — The Jacksonville Zoo and Gardens released an adult manatee back into the ocean Wednesday morning after it had been in the zoo's care since November.

The manatee, named Crevasse, was rescued Nov. 21 after he was discovered by members of the U.S. Navy when he was beached on the Mayport shoreline, according to the zoo. At the time, Crevasse was showing signs of cold stress from prolonged exposure to water temperatures below 68 degrees, which can be deadly for manatees.

"Cold stress can negatively affect many different organ systems such as the GI tract," said Craig Miller, Jacksonville Zoo and Gardens Curator of Mammals and leader of the Marine Mammal Response Team. "Our vets and Zoo staff were able to work quickly to treat Crevasse’s dehydration and get him back in good health. Today’s release was rewarding for everyone involved in his rehabilitation, and we all are excited to have Crevasse return to Florida waters after just three months in our care."

He was finally released with the help of the Florida Fish and Wildlife Conservation Commission and Brevard Zoo.

Crevasse was captured and monitored once before between December 2010 and March 2011 near the Indian Rover and upper Banana River, near the same area he was released Wednesday.