Kipenzi, meaning “loved one” in Swahili, was born at Zoo Tampa in 2016 and transferred to Jacksonville on March 12. 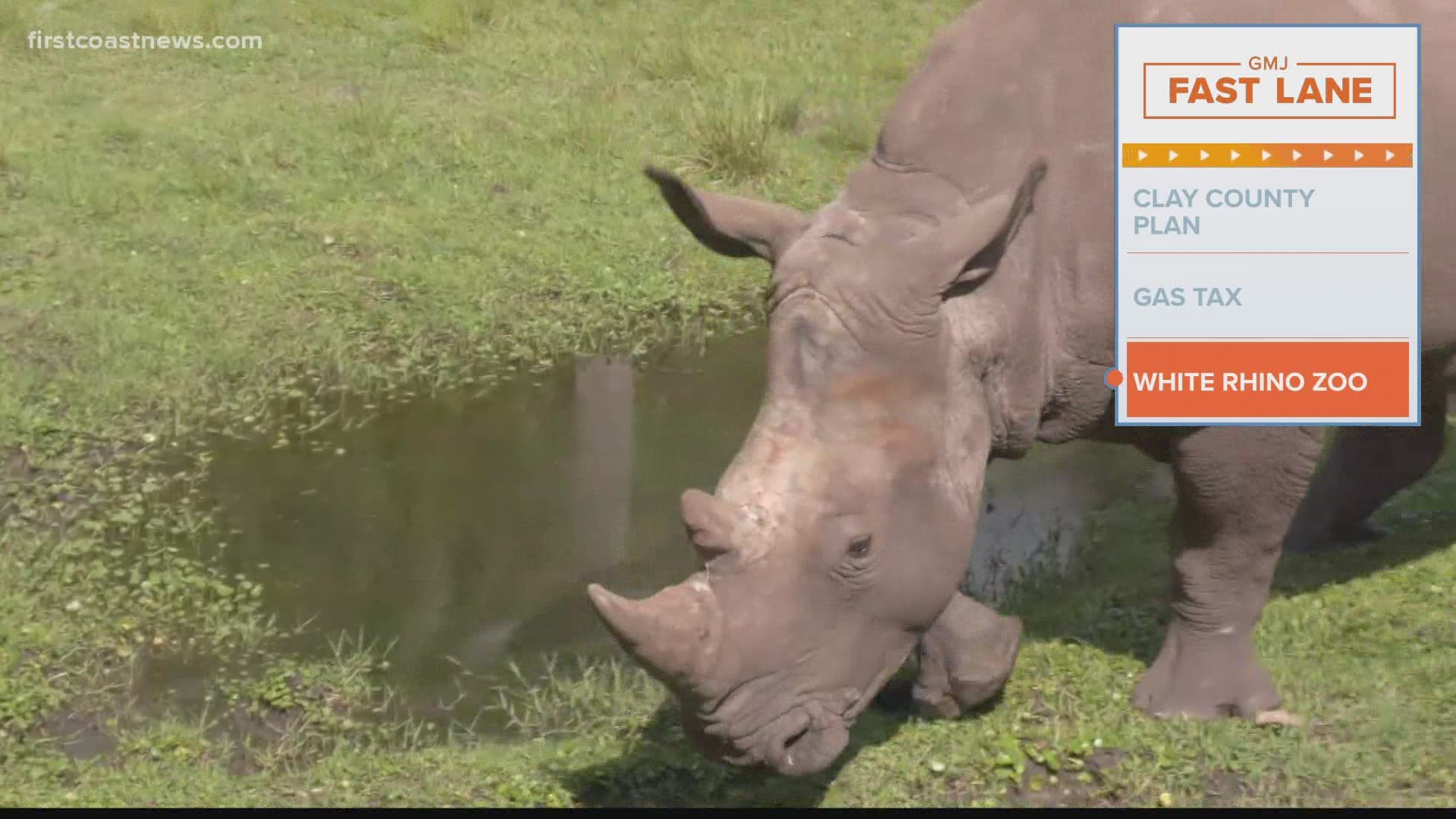 On Thursday the Jacksonville Zoo and Gardens officially announced the arrival of a new southern white rhinoceros.

Kipenzi, meaning “loved one” in Swahili, was born at Zoo Tampa in 2016 and transferred to Jacksonville on March 12.

The Zoo says Kipenzi came to Jacksonville based on a breeding recommendation from the Association of Zoos & Aquariums Species. When she reaches the mature age of 6-7 years old, the Zoo says it will explore breeding options for the new female.

“Kipenzi is a great addition to our rhino crash," said Assistant Curator of Mammals Corey Neatrour. "We love her energy and her enthusiastic personality is really starting to radiate. She has adjusted well to her new home and we look forward to her serving as an extraordinary ambassador for her species.”

Kipenzi shares her habitat with 26-year-old Gabriella and 51-year-old Archie, who is the third oldest male rhino in the world.

Of the five types of existing rhinoceros, Southern white rhinos, native to Sub-Saharan Africa, are the most prevalent of the rhino species.