The biologist who led the whale's necropsy said the calf had broken ribs and a broken skull from the propellers' impact. 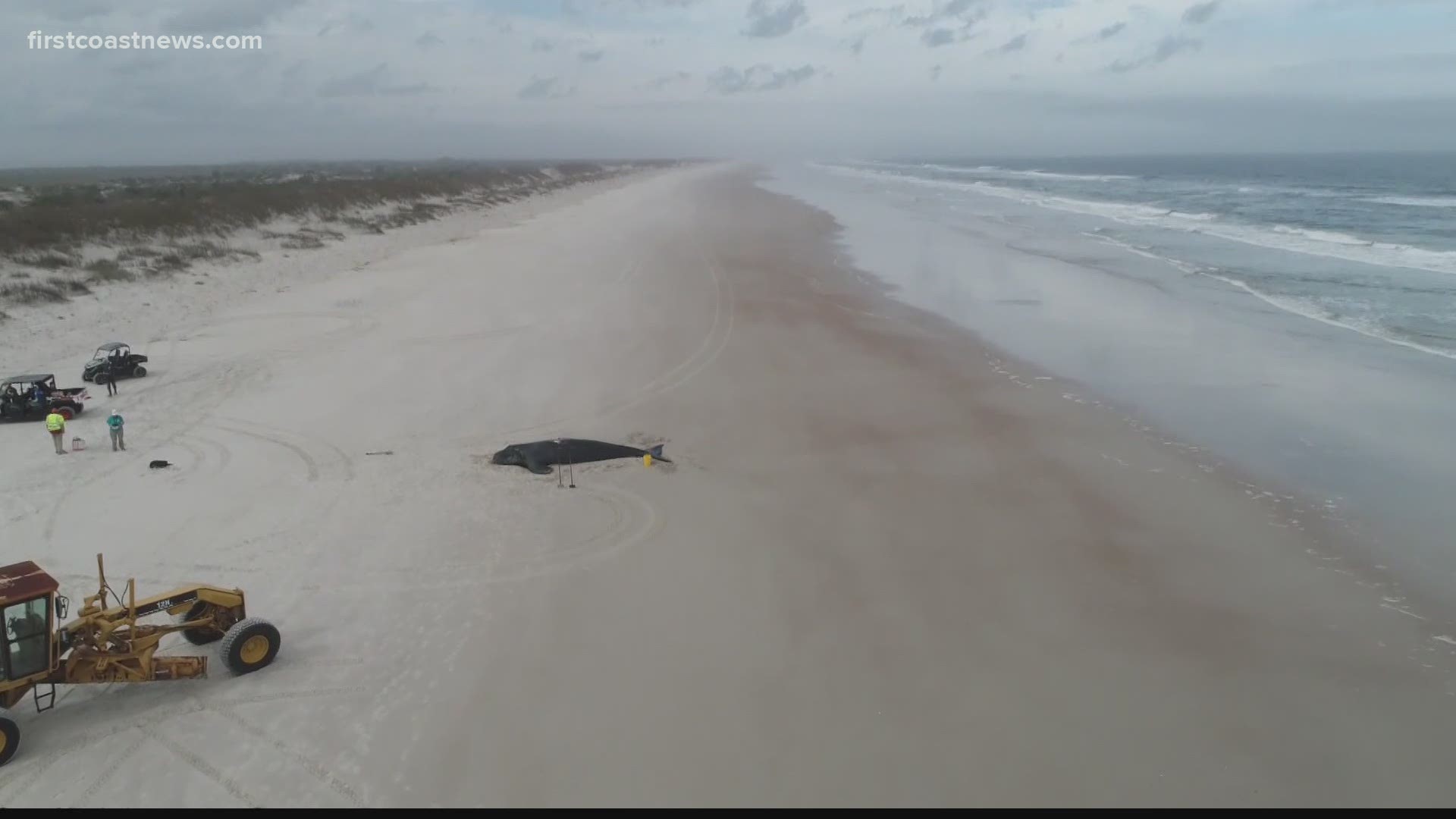 ST. AUGUSTINE, Florida — A month after a right whale calf washed ashore dead in St. Augustine, the state has released its investigation into the boat that collided with it.

At about 6:30 p.m. on Feb. 12, Captain Shane Ryan of the boat About Time radioed to the Coast Guard for help after the boat hit something in the water.

The 54-foot sport fisher had eight people aboard, including the owner as well as the captain.

The FWC investigated the boat crash, concluding that the boat out of New Smyrna hit a right whale calf less than half a mile from the St. Augustine Inlet.

The state report indicates the owner spontaneously said, “I think we hit a whale. I saw fins and blood.”

The investigation showed the boat's drive shaft was bent and the strut that holds the propeller in place was pushed through the hull of the vessel. That hole sent water gushing into the boat.

In the call, Ryan appears to ask the Coast Guard, "Is there any suggestion we can do to be able to pump out any of this water? Like fast?"

The captain, according to the investigation's report, said he had been cruising at 21 knots. That is not a fast rate for that area, according to some experienced boaters who provided First Coast News some perspective.

"We are trying to make way into the inlet here, St. Augustine," Ryan said in the radio cal.

For the next few minutes, according to the investigation's documents, the people aboard scrambled to stop water from coming in.

Meanwhile, Ryan was trying to find a shallow area to beach the boat in Salt Run, which he did in about 10 minutes.

As the captain was guiding the limping boat, the whale calf was reeling and so was its mother. Both were hit by the propellers.

The boat struck the calf on the head and back. The next day, the calf washed ashore dead. The biologist who led the necropsy said the calf had broken ribs and a broken skull from the propellers' impact.

Investigators found no state violations and stated that no navigational rules were broken.

Scientists said the whale's death is made more significant because right whales are endangered.