'Get away from me!' Florida woman pushes away large alligator while paddle boarding on Silver River

Vicki Baker claimed to have seen the same alligator "approaching another group in the water aggressively" two days before her incident. 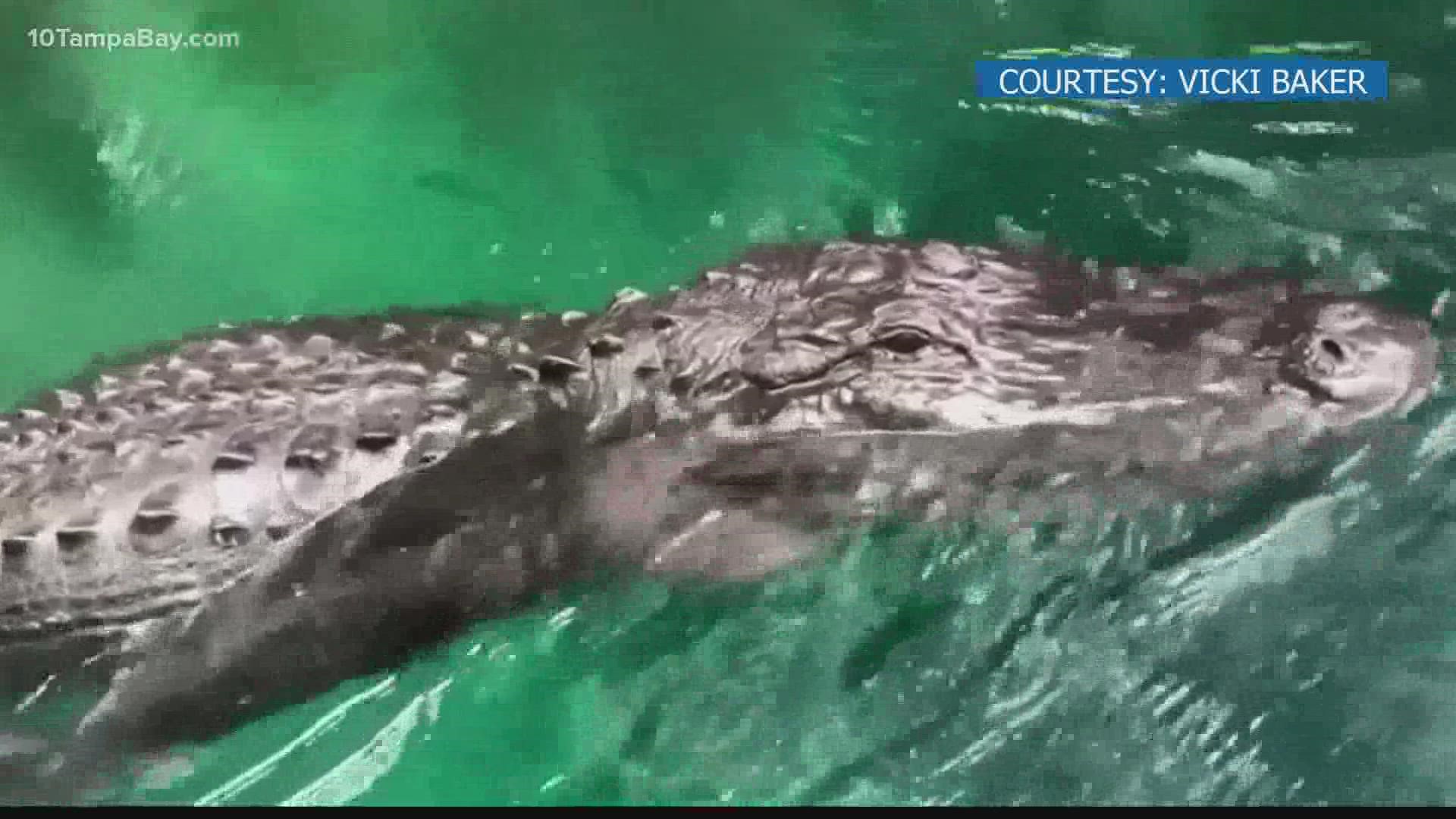 OCALA, Fla. — A Florida paddleboarder used an oar to push away a large alligator that swam directly toward her in a frightful, up-close encounter captured in startling videos and photographs.

The gator came within inches of 60-year-old Vicki Baker last week. She says the reptile was almost as long as her 10-foot paddleboard.

It hissed loudly at her opening its mouth to reveal large teeth. She yelled for it to get away.

“What are you doing? Get away from me! Get away from me!” she yelled at the alligator as it swam inches from her paddleboard, The Associated Press reports. “No! Oh, my God, I had to push him away with my paddle!”

A park ranger used a speaker to advise her to back away from the gator, claiming that she made it angry.

More than 1 million people have seen photos and videos of the encounter, so far.

The encounter happened near Florida's famous Silver Springs, which has a no-swimming rule but allows paddlers with canoes, kayaks and paddleboards, AP explains.

“We had just decided to eat lunch while taking pictures of the blue hole, and that gator came out of nowhere,” Baker told AP. “He came straight for my paddleboard.”

The Florida Department of Environmental Protection and Florida Fish and Wildlife Conservation Commission has reportedly launched formal investigations on the alligator.

Sidney Godfrey, a wildlife biologist from the University of Florida, believes that the alligator was just used to being around people.

“That animal probably had a lot of previous human interaction, people probably feeding it,” he told the AP. “They get too close to people and you have encounters like that.”

Baker reportedly claimed to have witnessed a large gator swimming up to another group in the water two days earlier, and she believes it's the same one.

According to AP, the alligator may be removed from the area, but Baker hopes the reptile survives.