Manatee deaths skyrocket in Florida in 2021

In fewer than six weeks, manatee deaths in Florida have reached more than half of what they were in all of 2020. 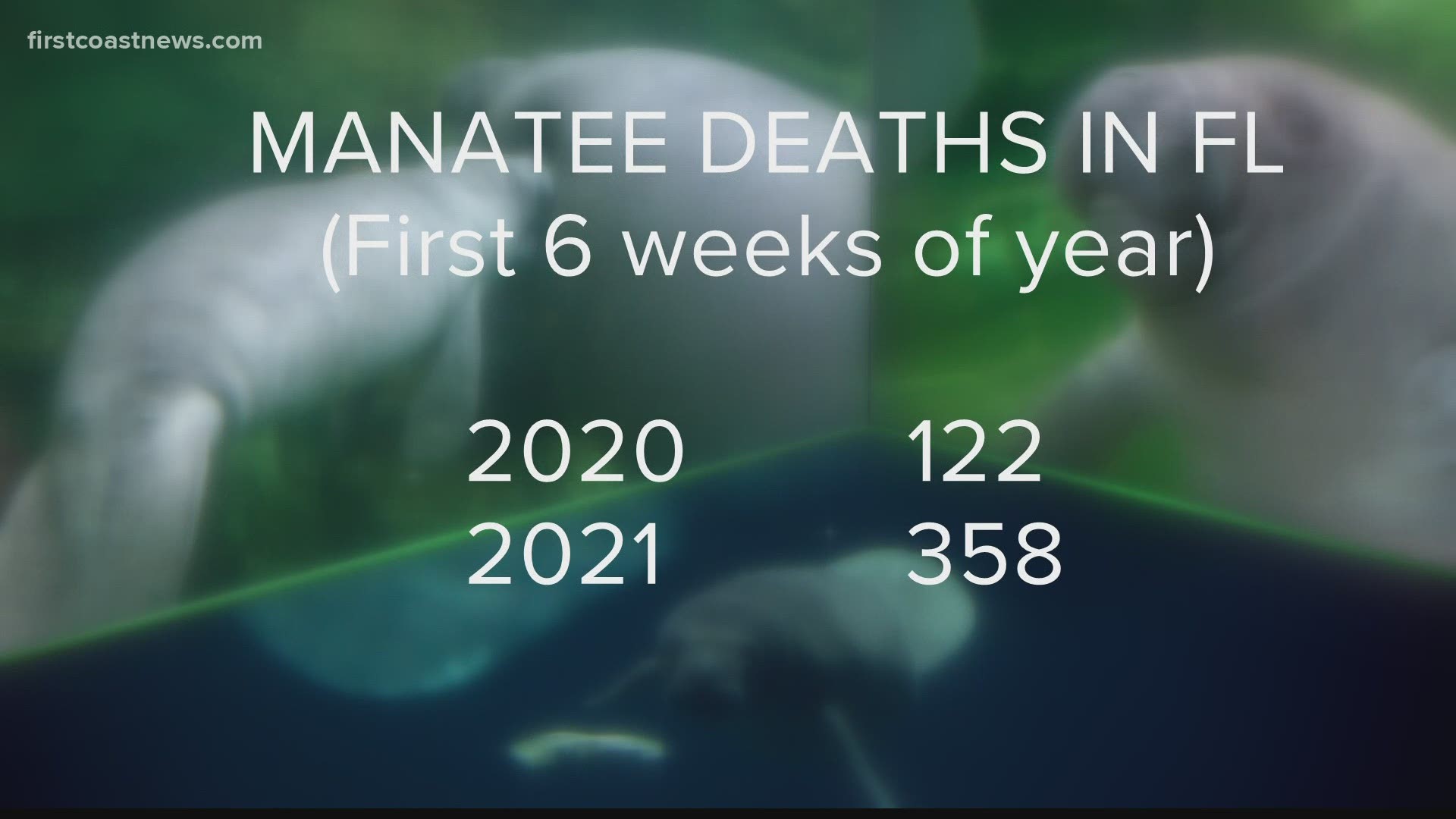 They are dying at an alarming rate in Florida.

"For a while their population was increasing," Matanzas Riverkeeper Jennifer Lomberk said, "but unfortunately for the last couple of years have been very hard on manatees."

"In 2020, there were over 600 manatees deaths statewide. That was a pretty substantial uptick from previous years," she noted.

However, that number of deaths in the first six weeks of 2021 compared to the same time period in 2020 more than doubled, to 358 deaths.

"So that puts us on track for a really bad year," Lomberk said.

Many of those have been in the Indian River Lagoon area, near Cape Canaveral, where aquatic grasses are diminishing.

Those grasses are what manatees eat -- and need -- to survive there.

But why are so many of these so-called sea cows dying?

She explained that COVID-19 has limited the number of necropsies -- or animal autopsies -- that state agencies can do.

"So we’re not entirely sure how the numbers break down as far as ones that have died because of natural conditions or boat strikes or starvation or what have you," Lomberk explained.

Only 33% of the manatees that have died this year have been necropsied.

Certainly you’ve heard that slowing down your boat is one way to help protect manatees. But there are other ways too, even if you don't live near the water.

Lomberk advises cleaning up after your pets. Pet waste that washes into the water stream can actually pollute the water.

She also suggests using no fertilizer on your yard because it can also lead to pollution in the waterways.

And look for those circular swirls on the waters’ surface, made by manatees.