A Florida puppy who was recently rescued by its owner from jaws of a gator will work with the sheriff's department to educate children about safety. 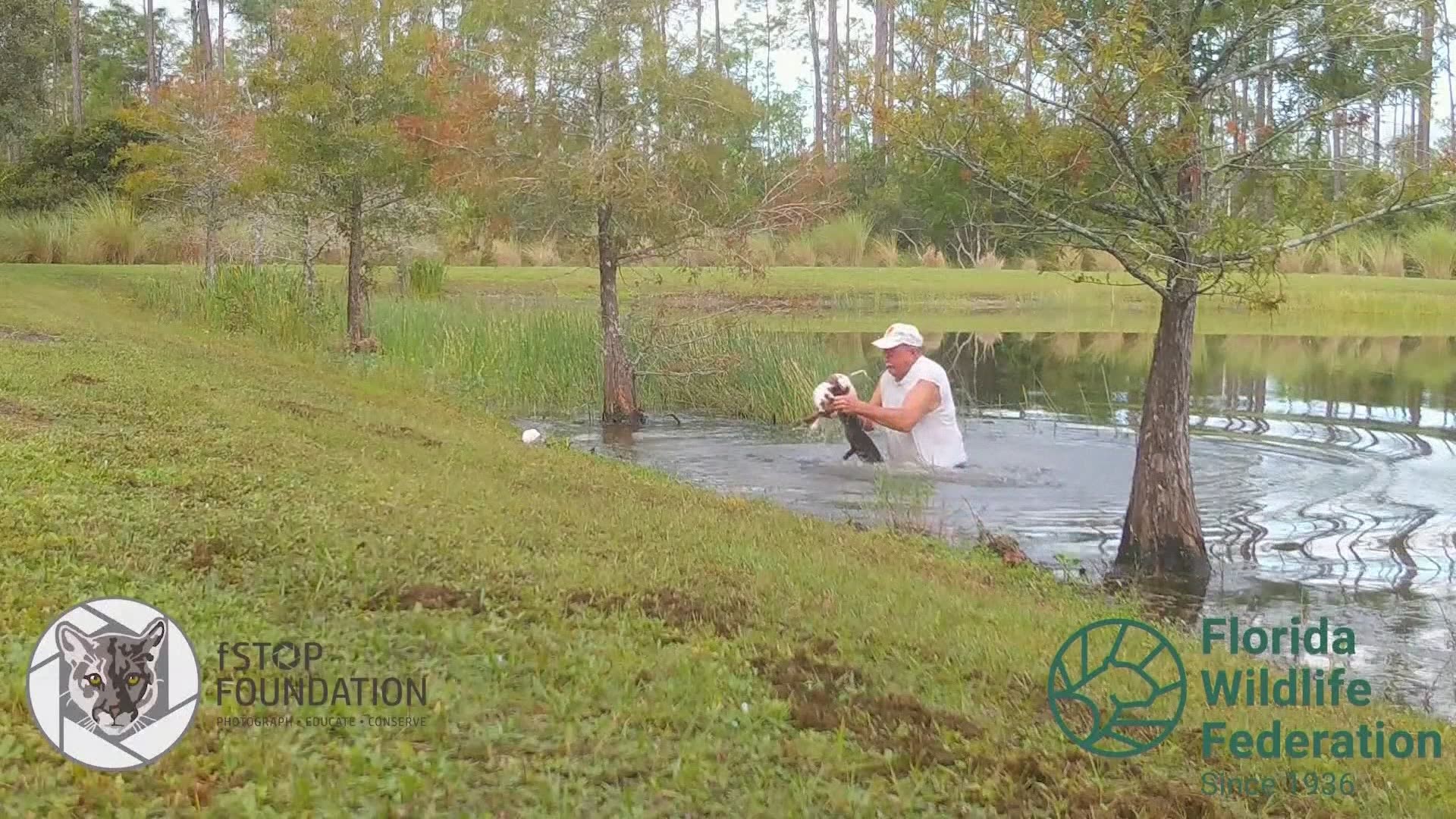 LEE COUNTY, Fla. — The 4-month-old Florida puppy who was pulled from an alligator's mouth in a viral video became a deputy dog with the Lee County Sheriff's Office Tuesday.

Richard Wilbanks was taking a walk with his wife and puppy, named Gunner, with a bloody Mary in his hand and a cigar in his mouth. Then he heard a yelp.

"I looked around and saw the alligator out swimming in the pond with him," Wilbanks said.

Without so much of a flinch, Wilbanks ran right into the pond to get his dog back.

"I just wasn't going to let him have my puppy for breakfast," he said.

RELATED: Man jumps into pond, wrestles alligator to save puppy

Wilbanks was eventually able to grab the alligator with his bare hands and open its jaws to free Gunner from its mouth, all while keeping that cigar in his mouth.

"I didn't even realize when I came up out of the water that I still had it in my mouth," Wilbanks said.

The Lee County Sheriff's Office acknowledged Gunner by making him part of the Deputy Dogs, Pets on Patrol program.

"Gunner wins the battle against the alligator," said Lee County Sheriff Carmine Marceno. "And for that, it's a happy day. Gunner gets a gold shield."

"We're looking so forward to the program and meeting people and he's going to be a good representative," Wilbanks said.

"Gunner is going to educate all children about safety through out Lee County," said Carmine Dellaquilla with the program. "School bus safety, safety as it relates to the water — alligators in the pond, toads, cane toads. Any types of danger that children face every day." 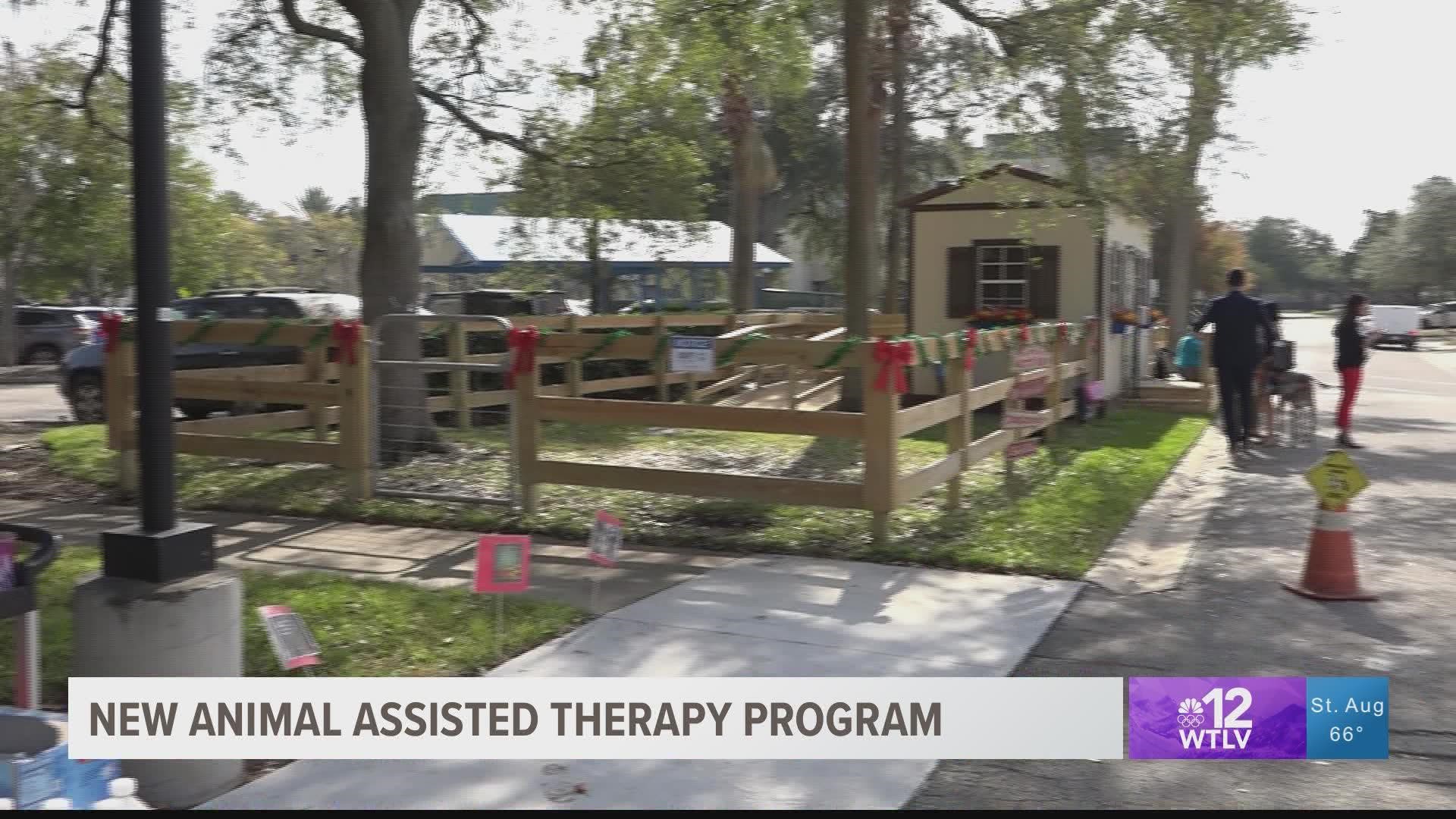