Although Isaias didn't bring a lot of rain or wind to the First Coast, it did erode part of the St. Augustine Beach shore, with waves approaching marked nests. 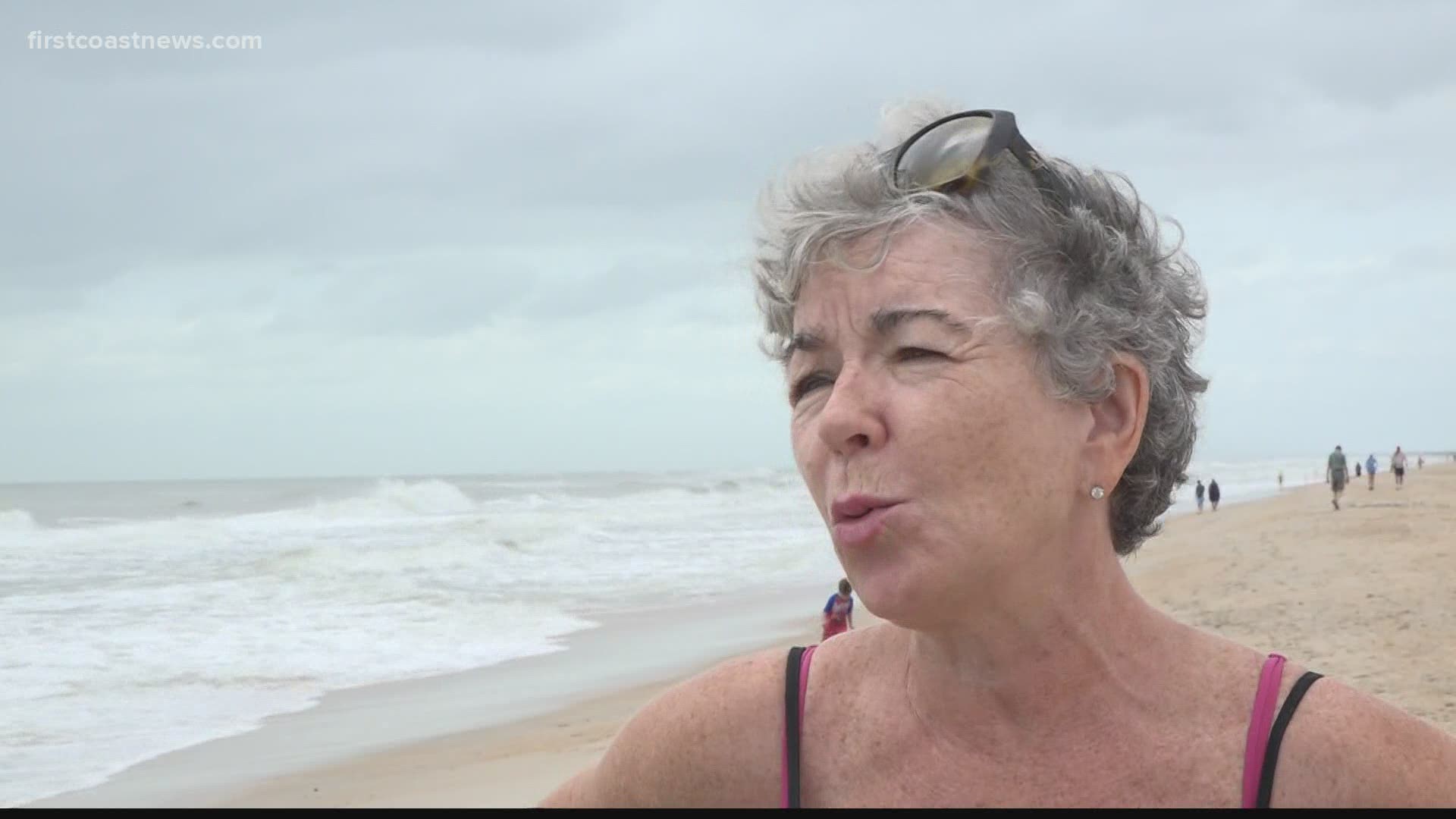 ST. AUGUSTINE BEACH, Fla. — Although Isaias didn't bring a lot of rain or severe wind to the First Coast, it did erode part of the St. Johns County shoreline, causing concern about the safety of the sea turtle nests along the beach.

Stakes and orange tape along the coastline identify sea turtle nests. With so much of the beach eroded away, many waves approached the nests during high tide.

That left many beachgoers worried about the dozens of nests along the beach.

"I'm hoping they're good swimmers," said Carmel Nadel. "Let's be fair -- they're better swimmers than I am. It would be sad to see the loss. They're not usually this close. The ocean made it a lot more vicarious for them."

The good news is there are still plenty of nests to be seen along the beach unharmed, either hiding in the dunes or on higher ground that the erosion did not reach.

We have yet to see rain in St. Augustine Beach. Unfortunately, the worst thing we’ve seen is this beach erosion. It’s such a problem in St Johns County. $millions$ have been spent to renourish the beach over the years. @FCN2go pic.twitter.com/BIwwInPCZc