The two pilot whales beached earlier this week on Redington Beach will rejoin the other three. 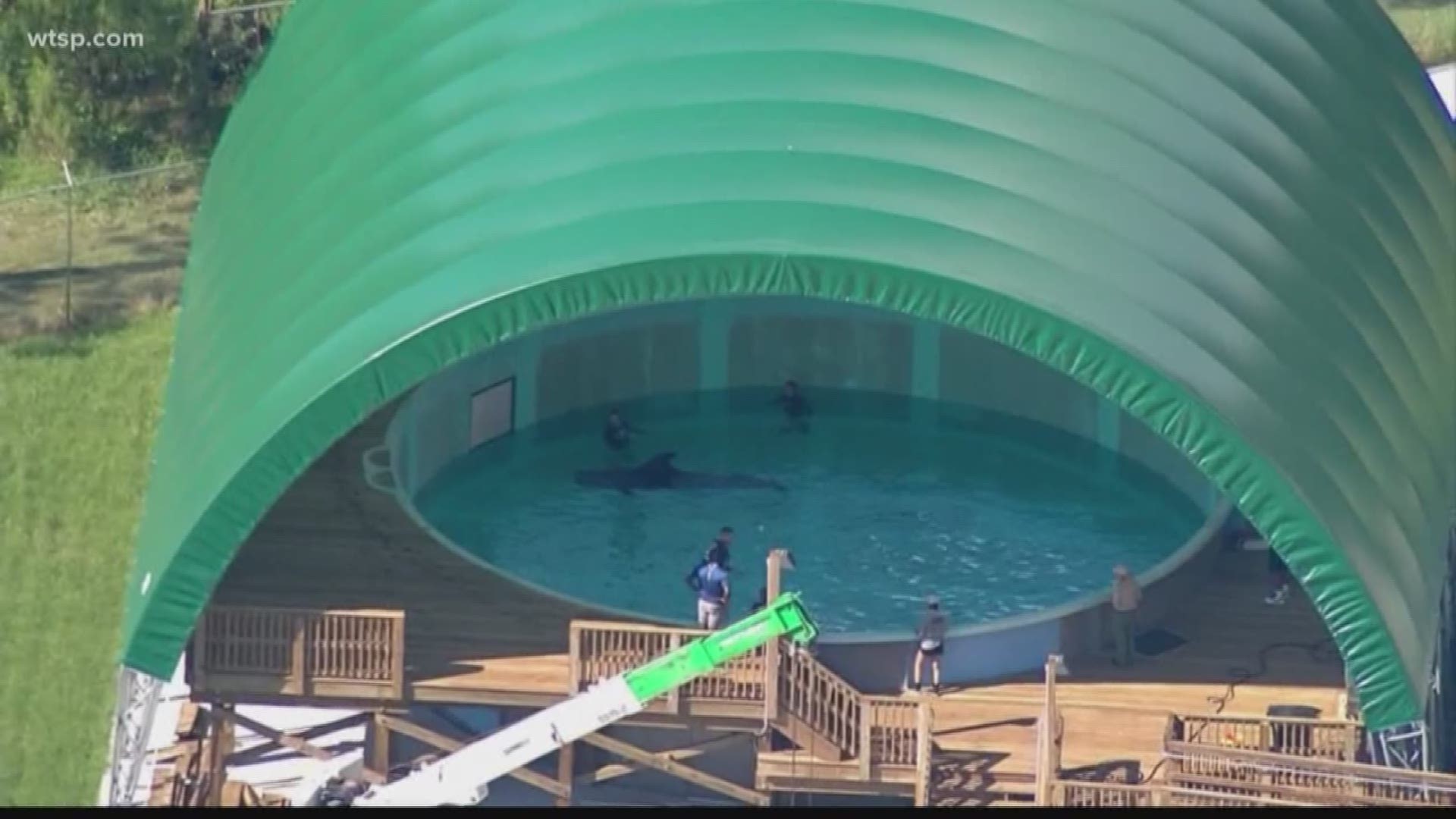 Clearwater Marine Aquarium crews released the two whales that were rescued after they were stranded earlier this week on Redington Beach.

Crews transferred the pilot whales from vans to a large boat on Thursday morning.

Clearwater Marine Aquarium CEO David Yates said crews made the decision to release the two whales after seeing the path of the other three whales who continue to head in a positive direction, away from the coast. Marine biologists have monitored “satellite pings” from the remaining three pilot whales that beached themselves.

According to Yates, crews want to get the pilot whales back into their natural habitat as soon as possible. The plan is to reunite the two whales that rehabilitated at the Clearwater Marine Aquarium facility in Tarpon Springs with the other three whales.

It's not necessary for all five whales to reunite, however, the aquarium said, because none of them are calves.

The aquarium and NOAA said the release went "extremely well."

The two whales were taken 20 miles offshore for their release.

Dr. Erin Fougeres, NOAA Fisheries Stranding Program administrator, Southeast Region, said the other three whales, who were led back out to sea Monday, were three-quarters of the way to the Florida Shelf, where the water gets deeper.

She said the whales' progress will continue to be watched over the next few days.

Why the whales beached themselves remains a mystery.

“There’s a lot of reasons why these whales can beach -- from one can be sick to they lost their leader, they’re in shallow water, they’re deep water animals to biotoxins to change in the magnetic field," Yates said. "There’s lots of things that can cause that, but we don’t know what the reason was. Medically, they were fine, so we didn’t find anything ourselves, medically, that would justify why they stranded, so we kind of ruled that out but other than that it’s pretty wide open.”