Beached manatee rescued from Mayport being treated at Jacksonville Zoo

“He just doesn’t look real good at this point, but they can rally and we’re hoping that’s the case with him.” 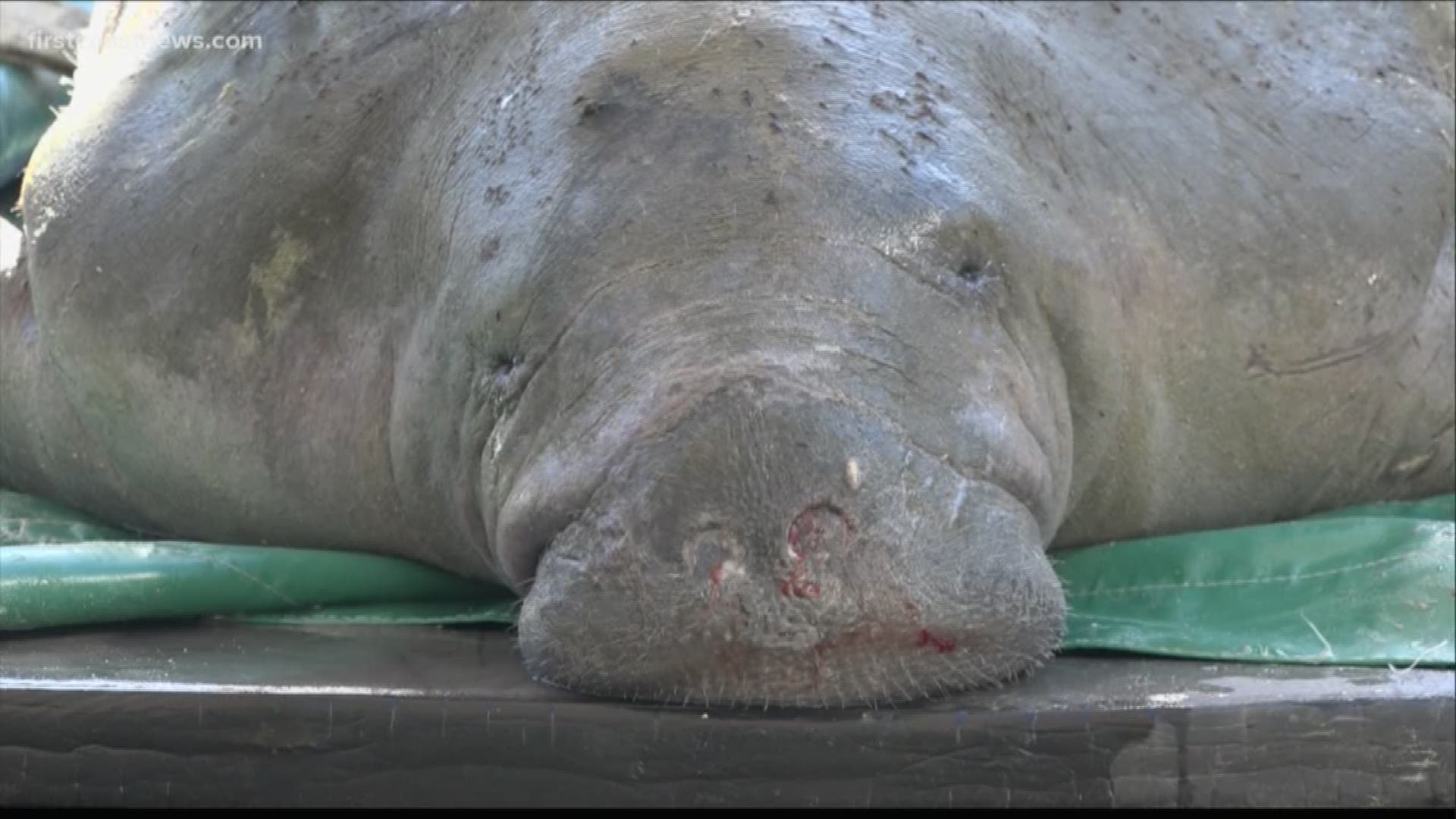 The Jacksonville Zoo and Gardens get hundreds of visitors every day but Thursday someone special unexpectedly showed up.

He’s nine feet long, weighs 940 pounds, and was rescued from a beach at Mayport.

Heather Hahn, a natural resources program manager with the environmental program at Naval Station Mayport was walking on the beach with program intern Jordan Waldron.

They saw what they thought was a rock but turned out to be a manatee and immediately called Florida Fish and Wildlife Conservation.

The Florida Fish and Wildlife Conservation loaded him into their truck and drove to their critical care facility at the Jacksonville Zoo and Gardens.

Zoo staff got getting right to work when the manatee arrived, feeding him and giving a full check-up

But the question on everyone's mind: how was doing?

“He just doesn’t look real good at this point, but they can rally and we’re hoping that’s the case with him,” says deputy zoo director Dan Maloney.

Manatees start migrating to warmer waters this time of year. Coldwater temperatures may have made the manatee wash ashore and sick with something called cold stress syndrome.

Nadia Gordon, a marine mammal biologist with the Florida Fish and Wildlife Conservation compares the illness to something humans may be more familiar with.

"It’s sorta like frostbite for humans. Where you see on the extremities like the muzzle, the pecks, around the tail paddle lightness or bleaching of their epidermis.”

She says it also would explain why he’s underweight because "their gut will actually shut down and they can die from cold stress.”

Anxious staff and worried school children looked on as the manatee was cared for and successfully lowered into the tank, slowly swimming to a happier, healthier life.

The zoo’s goal is to get the manatee healthy as quickly as possible and then release it back into the wild.