"They said I can't play baseball. Then I showed them I could," said 9-year-old Rylan after making the All-Star Tournament in Pasadena Pee Wee league. 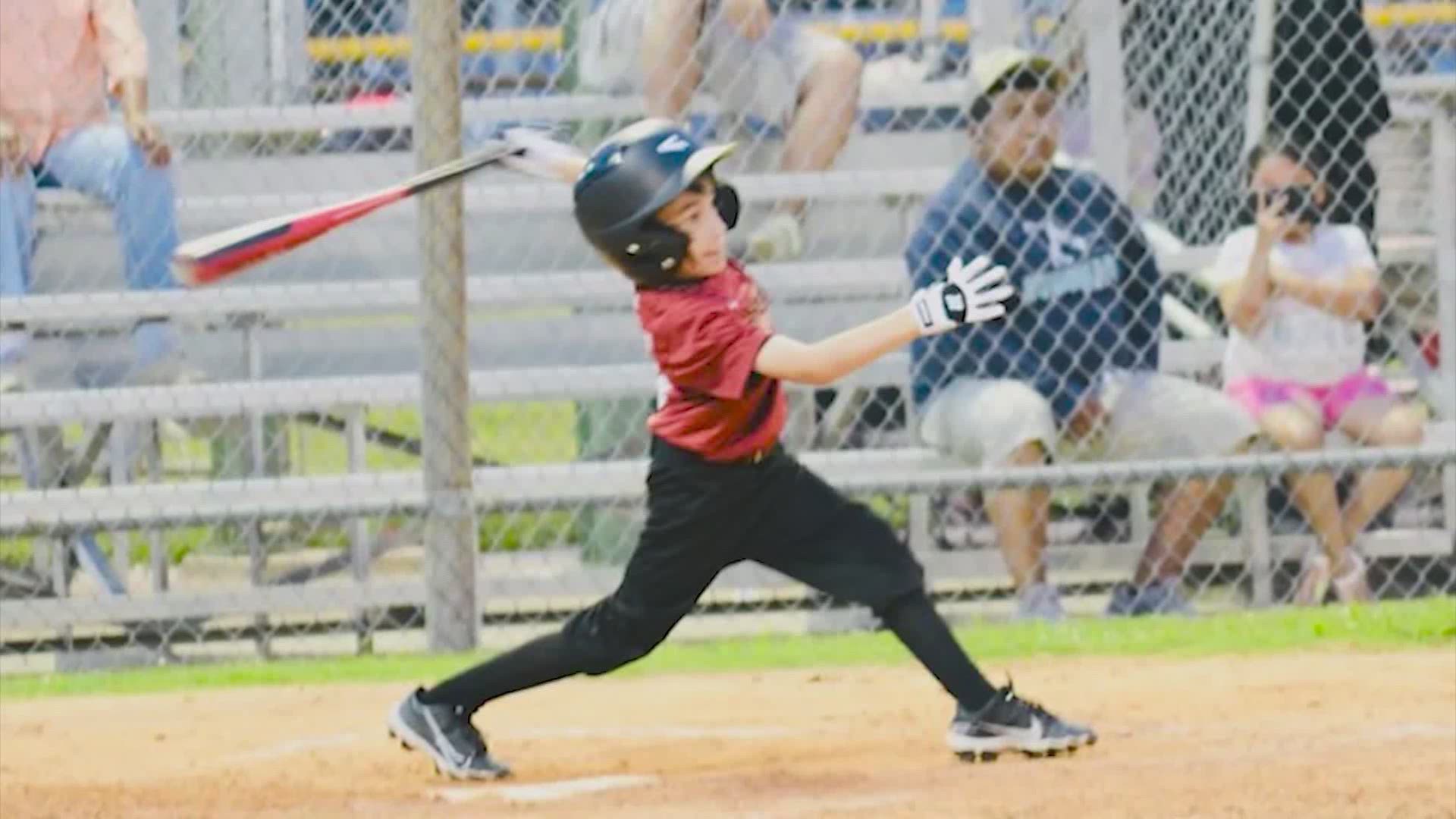 The Pasadena Pee Wee League is hosting their All-Star Tournament this weekend and there's one particular Pee Wee player inspiring others.

"Don't let anybody get in your way. Just work hard and play," said Rylan Rosales.

Rylan lets his play do most of the talking.

"I like fielding a lot and batting," said Rylan.

This season, for the first time, Rylan made all-stars.

"Hearing his name being called, then watching him run around the bases. How does that make you feel?" asked KHOU 11's Xavier Walton.

"It's been very emotional given all his obstacles," said Brianna Rosales, Rylan's mom. "I know it's no big deal to some, but for him it's everything."

Rylan is a normal 9-year-old kid, but his life has been anything but. He's overcome obstacle after obstacle.

He was born with a rare bone disorder called Jarcho Syndrome. It stunts the growth of his spine and ribs impacting his heart and lungs in the process.

"It's more of a blessing," said Rosales. "We never thought at this age, as you get older, like the condition starts to become more noticeable, it gets worse."

"How'd you do that?" asked Walton.

"They said I can't play baseball. Then I showed them I could," said Rylan.

Rylan is defying the odds and inspiring people along the way. He says he's more motivated now than ever and has a message for anyone being told they can't.