Paralyzed teen has incredible recovery: 'practically like a miracle'

Carly Messer couldn’t walk, she couldn’t talk. Her parents thought they'd be at the hospital for a year. Instead, she made an incredible recovery. 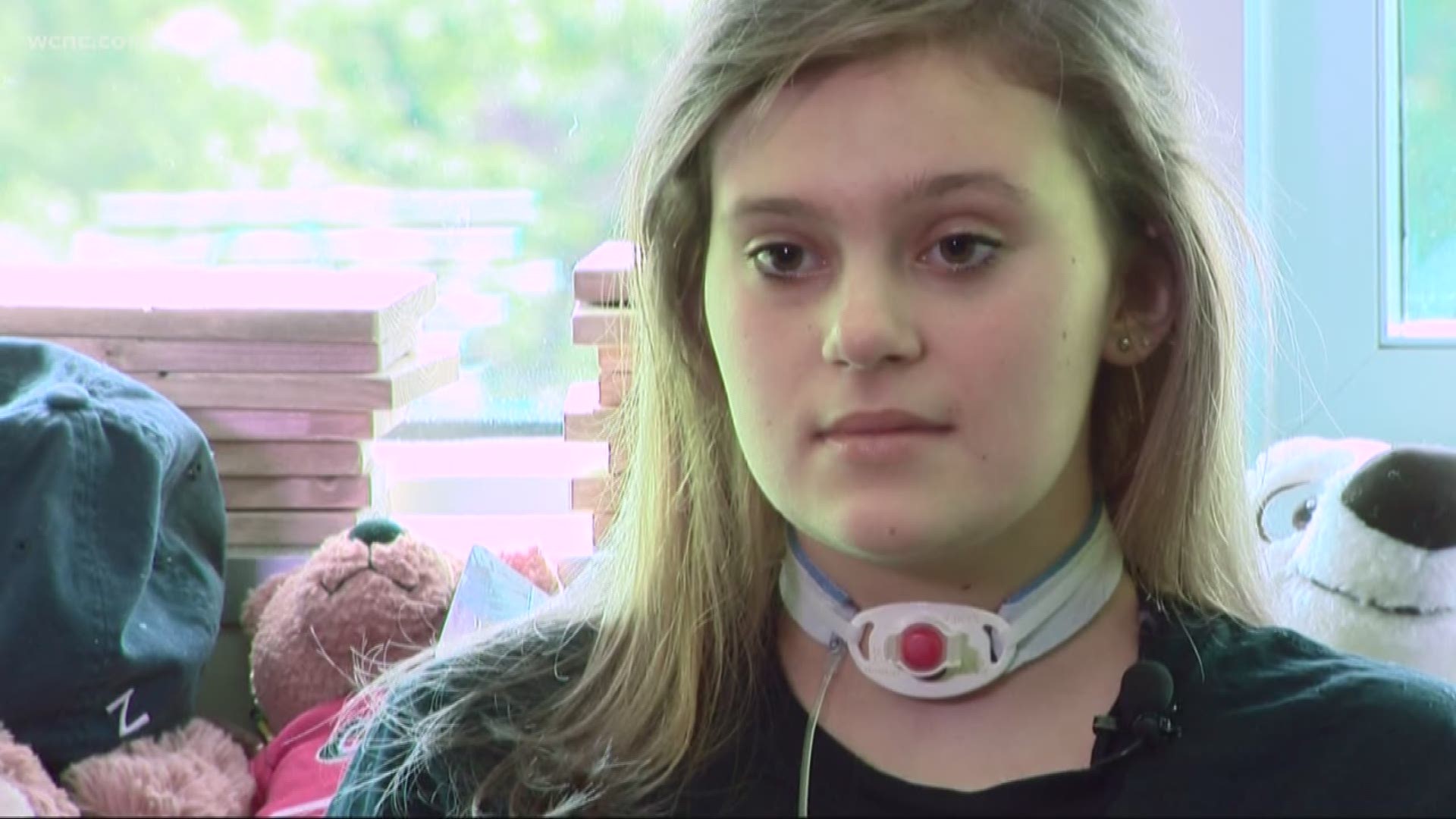 CHARLOTTE, N.C. — Carly was your typical teenager and a star hockey player. She was full of life — until she wasn't.

“Everything was paralyzed," Carly said. “I was terrified I didn’t know what was happening with my body. It was like it was giving up on me."

She’d been sick for weeks, falling asleep at school. Carly thought it might've been some sort of bug, then the 15-year-old woke up one morning last May, fell out her bed and was unable to move.

“We had no idea what was happening," said Carly's mom, April. "She was falling apart in front of us."

Carly was rushed to Levine Children’s Hospital where she lost consciousness and a nurse there realized she had Guillain-Barré syndrome or GBS — a rare disorder in which a person’s own immune system damages the nerves.

Carly was paralyzed. The staff at Levine had to insert a feeding tube and a trach tube to help her breath.

“I was very confused and concerned. I thought I wasn’t going to be able to walk again," Carly said.

She couldn’t walk, she could barely move, and couldn’t talk.

“We were just in shock, we could not believe what was going on,” April said.

Her dad said it was like something out of a horror movie.

But something incredible happened. After six weeks in the hospital, Carly found her voice.

“She just out of nowhere said, 'Dad,' and then the next thing I know I’m calling April, hold the phone up, and Carly goes, 'Hi mom,'” her dad said.

Then slowly, she started to take her first steps, each day a little more.

“From what the nurses are telling me, this is not something that normal people can heal fast from, and I’m practically like a miracle from healing so fast,” Carly said.

It’s given her new purpose.

“I’m not going to take stuff for granted anymore," Carly said. "Because you never know when something bad can happen to anyone.”

She had no doubt she'd be back playing hockey soon.

In fact, since Carly was released from the hospital, she has gotten back on the ice, and even got her learners permit for driving.