They all faced breast cancer. Now, they row crew with each other 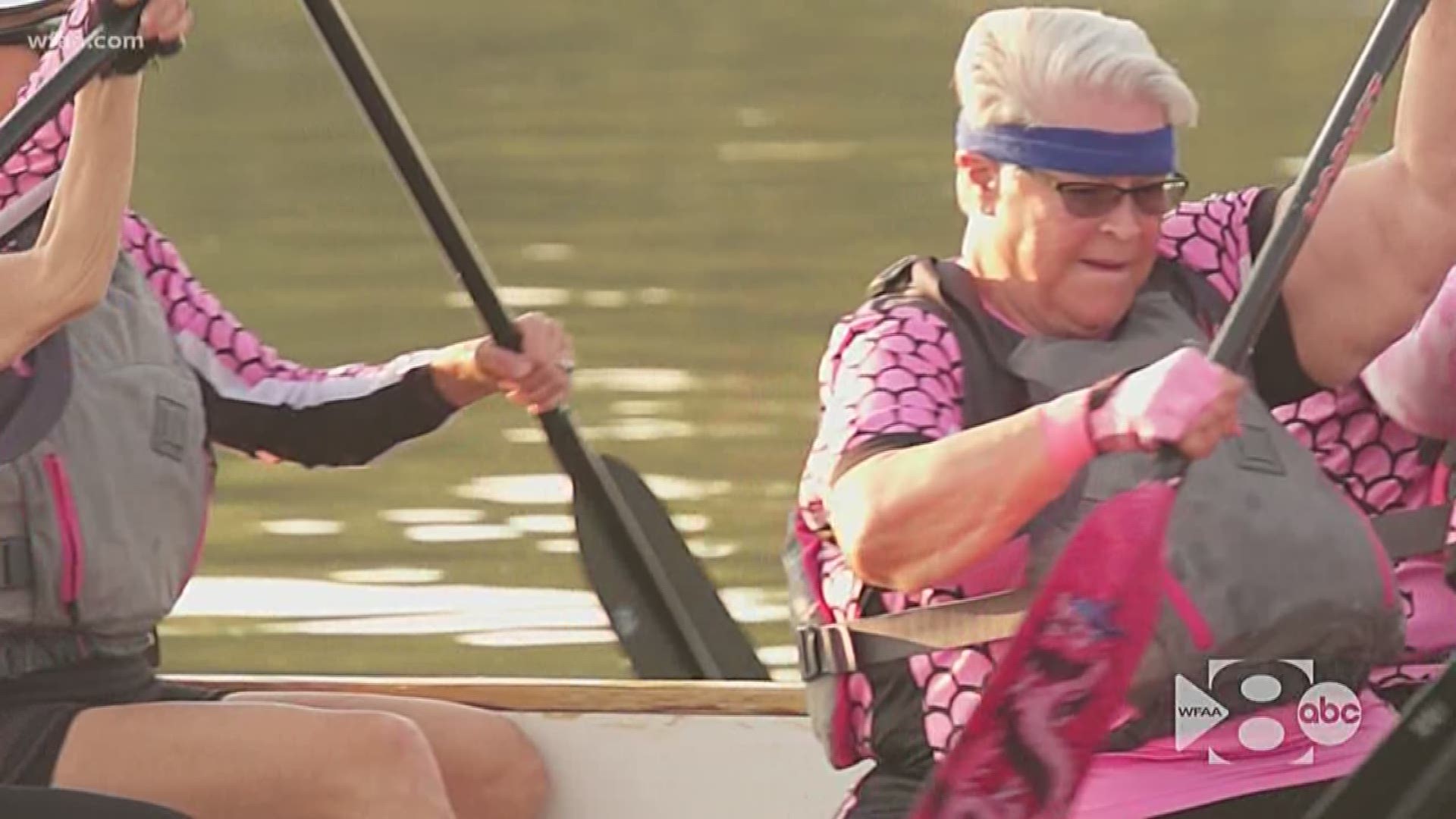 DALLAS — On Saturday mornings in Dallas on White Rock Lake, you may be lucky enough to spot a boat with a dragon's head and tail at each end. The women inside cut through the water with precision and focus to the beat of a drum.

The courage of an athlete is often built through hours and years of practice. The women in that boat built theirs in moments they didn't expect.

"I was 35," said Tara Rasheta, of the year her life changed. "Great family, great career, everything in my life was going so well."

She grew up knowing her family history so, she knew it when it came for her.

"I have a grandmother who is a breast cancer survivor, so it was always on my radar to be checking for that," Rasheta said. "Then when I lost a little bit of weight, which was unusual, I suddenly found a little lump in my breast."

That was November 2017, but even now, it doesn’t feel that far away.

"I remember having my biopsy the week that my daughter turned two…that was hard," she said.

In these moments, Rasheta pushed and gave everything to her fight. There was chemotherapy, radiation, a double mastectomy and reconstruction. The cancer took a lot from her, but it gave a lot, too.

"It gave me a new perspective that I don’t know that I would have had at that point," she said.

That change in perspective made another moment possible.

"I was recovering, I think it was right after one of my surgeries, and I saw this really inspiring article about the Dallas United Crew Pink Dragon Boat team, and I read every single word of it!" she said. "I remember lying in bed and thinking, 'This is what I want to work towards.'"

Today there is no cancer in her body, but there's a new fire inside her. Saturday mornings on White Rock Lake, you'll see a boat full of stories like Rasheta's. They are Dallas United Pink. And they are survivors.

Rasheta's the youngest. At 76, Linda Wolfe is the oldest.

"I look at them and I look at myself and I think, 'Gee wiz,'" Wolfe said. "I'm in good shape compared to what some of these women have gone through."

This shared understanding is part of why Debbie Kehoe founded the group four years ago. They are now 32 members strong, but that number changes with the disease.

"We have a teammate who has not been able to register this year. She has recently asked us if we would let her just come down and take her out on the boat," said Kehoe. "So yeah, we're going to make that happen."

That right there, the desire to just be on the water, is the real reason she formed this team. Because in the boat, there is only one focus.

"We go out on the water and we're just together. We don't talk about our cancer," said Kehoe.

When you see them cutting through the water, you're watching these women overcome it. In sync, they're moving their arms in a way that most thought might be lost after treatment.

"I worked a lot on my range of motion, and I still feel that it's affected somewhat," Resheta said. "But that motion of moving the paddle through the water felt so good."

Never mind that most of them never held a paddle before. After cancer, new things aren't as scary. And in that boat, they're not alone.

"What I love about this team is we've all had these very individual journeys, but when we're together it's about being in sync," said Resheta.

In these moments, as the boat glides across White Rock Lake, the women have won.

Dallas United Pink is always looking to connect with survivors. To join the team or learn more about it click here.