Murray Hill business owners: City of Jacksonville shuts them down over a fence, now uncertain about their future

The four businesses received a violation Wednesday and they still have no idea when they'll reopen. 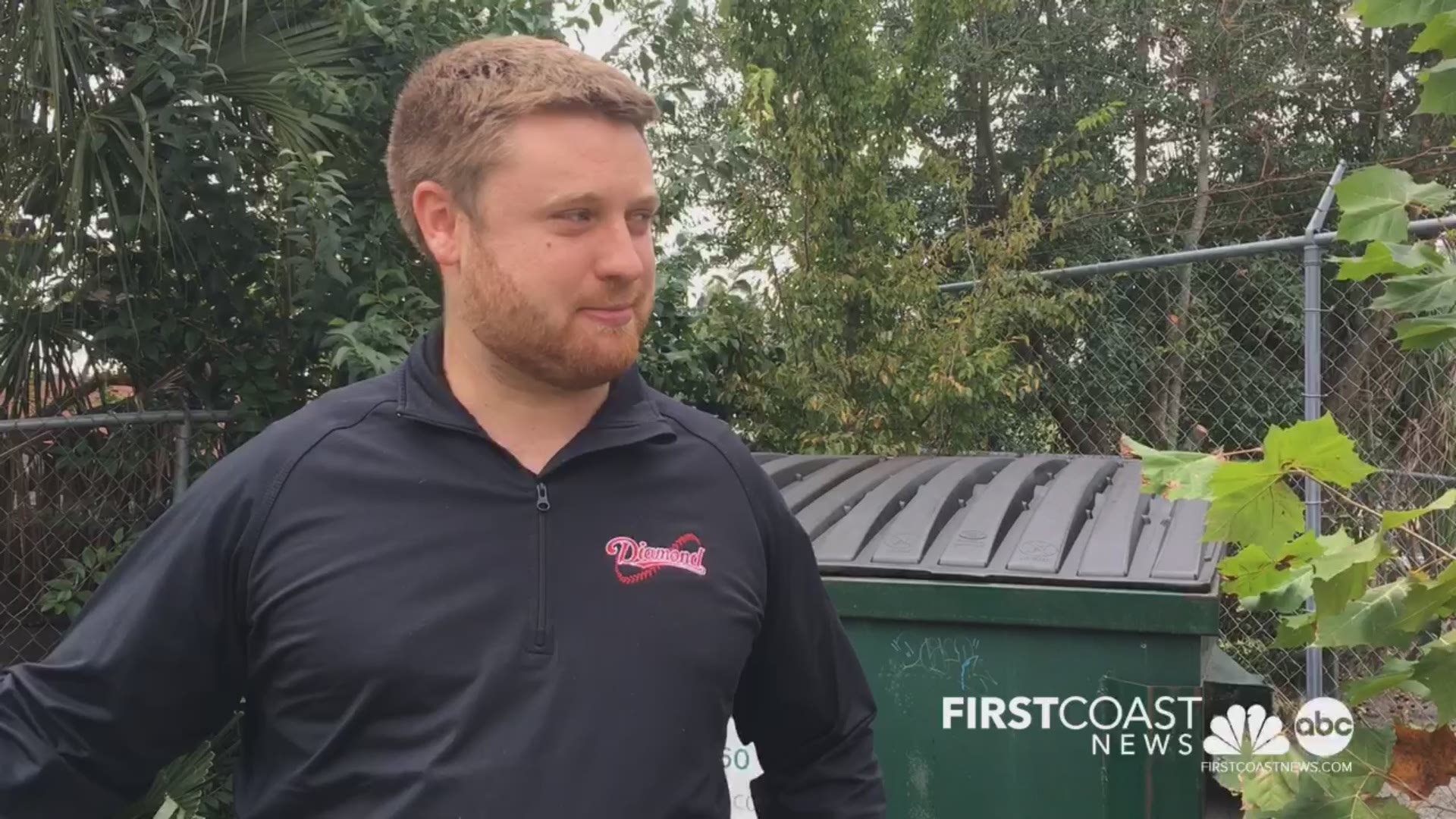 Several business owners in Murray Hill say they had to shut down their doors unexpectedly this week all because of the installation of a fence.

However, the owners blame the fence that was put up by Sleiman Enterprises. They say it caused them to no longer meet the city's fire codes.

According to Cory Goff, son of the owner of Perfect Rack Billiards, the fence was erected on Oct. 31.

"We can't operate," Gary Goff, owner of Perfect Rack Billboards said. He opened the pub in 2008 and renovated the entire billiard bar. "It was a shell, it had nothing and when we opened we had to prove ourselves that we would be a good establishment."

Recently, it has been a series of unfortunate events for the Goff family. He had plans to remodel Perfect Rack Business and last month he finally got the city's approval for a full liquor license. After the fence was put up, the bar had to stop serving food because the garbage truck couldn't access their dumpster.

Cory Goff has been helping his parents during the chaos. He said the business' social media has gotten more engagement now than ever, and he's grateful for the community's concern.

"All we want is to operate and the community has been awesome and that's what keeps us fighting," Cory Goff said.

Melissa Mitchell opened Beautifully Divine in the Murray Hill area after having to leave The Landing, which is owned by Sleiman, in April.

"It's just bad business," Mitchell said. "They're trying to bully everyone and it's not pretty."

Mitchell wasn't even at her woodcraft studio when the fire marshal came by to give out the violations; she got the bad news from her landlord. She is currently working with her consultant to get her business back up and running as soon as possible.

Credit: Jacqueline Fernandez
Buchner's Bierhalle is one of four businesses shutdown by the city because they allegedly fail to have a second fire exit.

Madison Taylor, a manager at Blackhat, feels waiting is the hardest part.

"Our employees are looking for work during this time," Taylor said. "We are willing to fix the issue and just want to get the process right (to open up) and it's not fighting Sleiman."

Taylor mentioned Blackhat wants to work with its neighboring business to fix the situation. They are looking at all options and one of them is to work together.

"Maybe we can come to terms through the actual fences," Taylor said. "It's all up in the air right now."

As of Nov. 14, Sleiman Enterprises released a new statement:

"Representatives from Sleiman presented several alternatives to the owners, including an offer to share the use of Sleiman’s dumpsters. As Sleiman’s property is not immediately adjoining Perfect Rack, no resolution of access will succeed without the cooperation of the immediate neighbors to Perfect Rack.

Sleiman’s decision to erect a fence along our property line stems from an illegal and unpermitted establishment of a beer garden occurring at Goin Coastal’s 1188 Edgewood address. Our fence was established to protect our property and our rights against a use that was causing issues and never targeted in any way at Perfect Rack or their ability to operate."