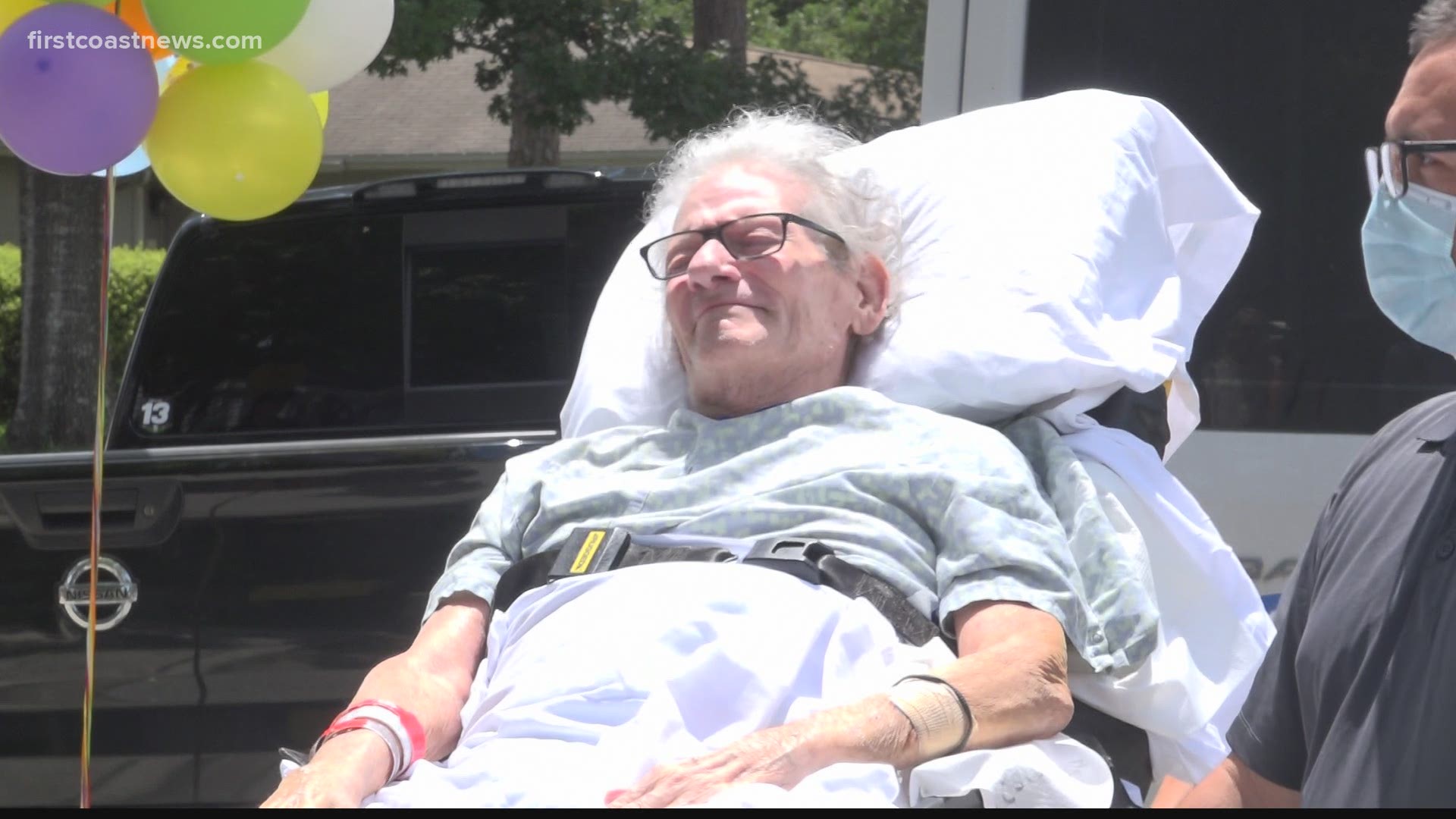 JACKSONVILLE, Fla. — If you've ever wondered what unconditional love and pure joy looks like, Chuck Davis' family is filled with both.

For the first time in seven months, Davis, 72, returned home to Jacksonville after a COVID-19 diagnosis last Thanksgiving.

"He always said he would be so strong, 'I won't get it, girls. Don't worry about me.' But, you know, it happened," Davis' daughter Kristin Norgren said. "It happened to us and our family and it was scary."

The Marine and retired Duval County teacher ended up on a ventilator. Many thought it was a death sentence, but Chuck fought his toughest fight and returned home to the fanfare his family says he deserves.

Credit: WTLV
Chuck Davis, 72, was diagnosed with COVID-19 last Thanksgiving. He was able to return home Tuesday after spending 7 months in the hospital.

"It really is a testimony of faith and strength and perseverance and a will to live and support from family and friends and God and the power of prayer," said his other daughter, Dana Driver.

Birthdays, holidays and even Chuck's 50th wedding anniversary were celebrated through glass windows. However, nothing beats the moment of an in-person hug by the grandchildren who were some of his biggest cheerleaders.

"I have a lot of gratitude for the support I've been given," Driver said. "From strangers to everybody."

He's a hero to many and back with the ones he loves, and those who love him.

That may just be the best type of medicine.