'I love you, Dad:' Son of JSO lieutenant who died from COVID-19 shares impact his father had on community

The impact of JSO Lt. Chris Cunningham’s loss leaves a lasting impact on his family and the JSO community. 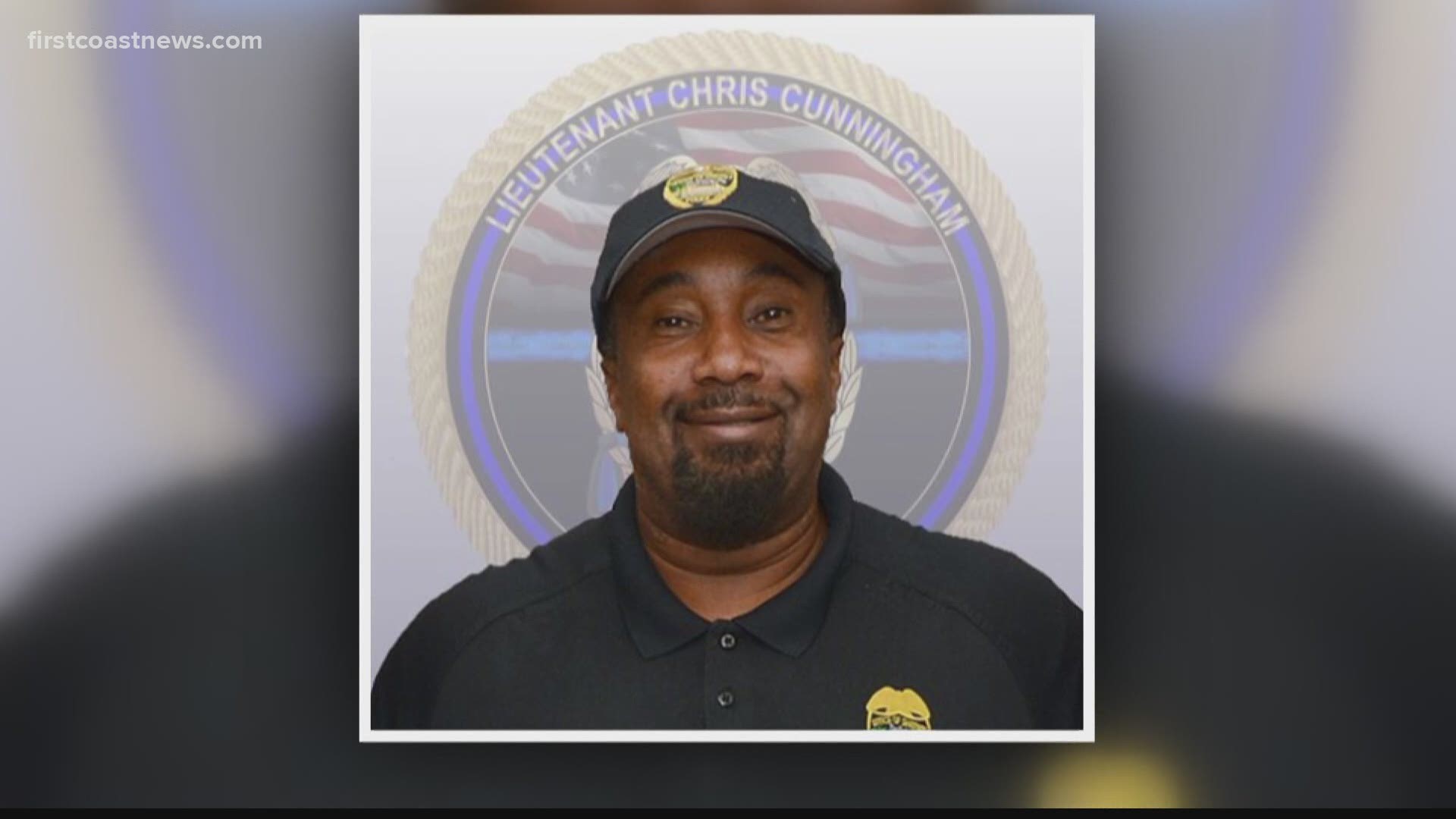 He was a father, husband, Navy veteran and a public servant. On Friday, the Jacksonville Sheriff’s Office, along with the community, honored the late Lt. Chris Cunningham.

Cunningham died on Wednesday after contracting COVID-19. Police gave him a special send-off as they escorted his body from the Medical Examiner's Office in Downtown Jacksonville to the funeral home on Park Street.

Cunningham worked in JSO for over 20 years, according to Jacksonville Sheriff Mike Williams.

His son, Chris Cunningham Jr., said he is missing his dad dearly. He said part of the reason why his father became a police officer is so he could help people.

“No matter what he was going through, he always put a smile on people’s faces,” Cunningham Jr. said.

Cunningham Jr., a Jacksonville native who recently graduated from Virginia Tech, was living up north at the time his dad was admitted to the hospital. He said he could not be by his father’s side during his last days.

“It just sucks not being able to be there with him in that hospital in his last days, it sucks because it’s like when someone was there for you so much, he’s been there since birth,” Cunningham Jr. said.

“My dad was with me through everything good or bad, he always used to tell me no matter what, God’s got you and to keep the faith so I was keeping my faith, it’s what he instilled in me," he added.

He said his dad and stepmom would send him updates through text on his condition.

“At first, you know, he was getting better and I was like alright, he’s gonna pull through…I remember texting him and he was just telling me he loved me,” Cunningham Jr. said.

The JSO lieutenant was loved by his family and respected by many others.

“I knew my Dad knew a lot of people, but I didn’t think he knew this many people. I didn’t know he had much of an impact because he doesn’t come home and brag about it,” Cunningham Jr. said.

Cunningham Jr. said his father instilled values within him since he was young.

“It’s more like, my generation sees the police as bad, but I don’t see them as bad because of my dad. What he’s instilled and always came back and tell us is always do the right thing,” Cunningham Jr. said.

Cunningham Jr. said he has prayed often since his father’s death.

“He taught me to be selfless and to give back and that’s what I’m going to do just like he did. He gave that to me, I got to give that back to others and that’s what he would want me to do,” Cunningham Jr. said.

Cunningham Jr. said his father’s death won’t hit him hard until he returns to Jacksonville.

Cunningham’s funeral will be held on Saturday, Aug. 15. 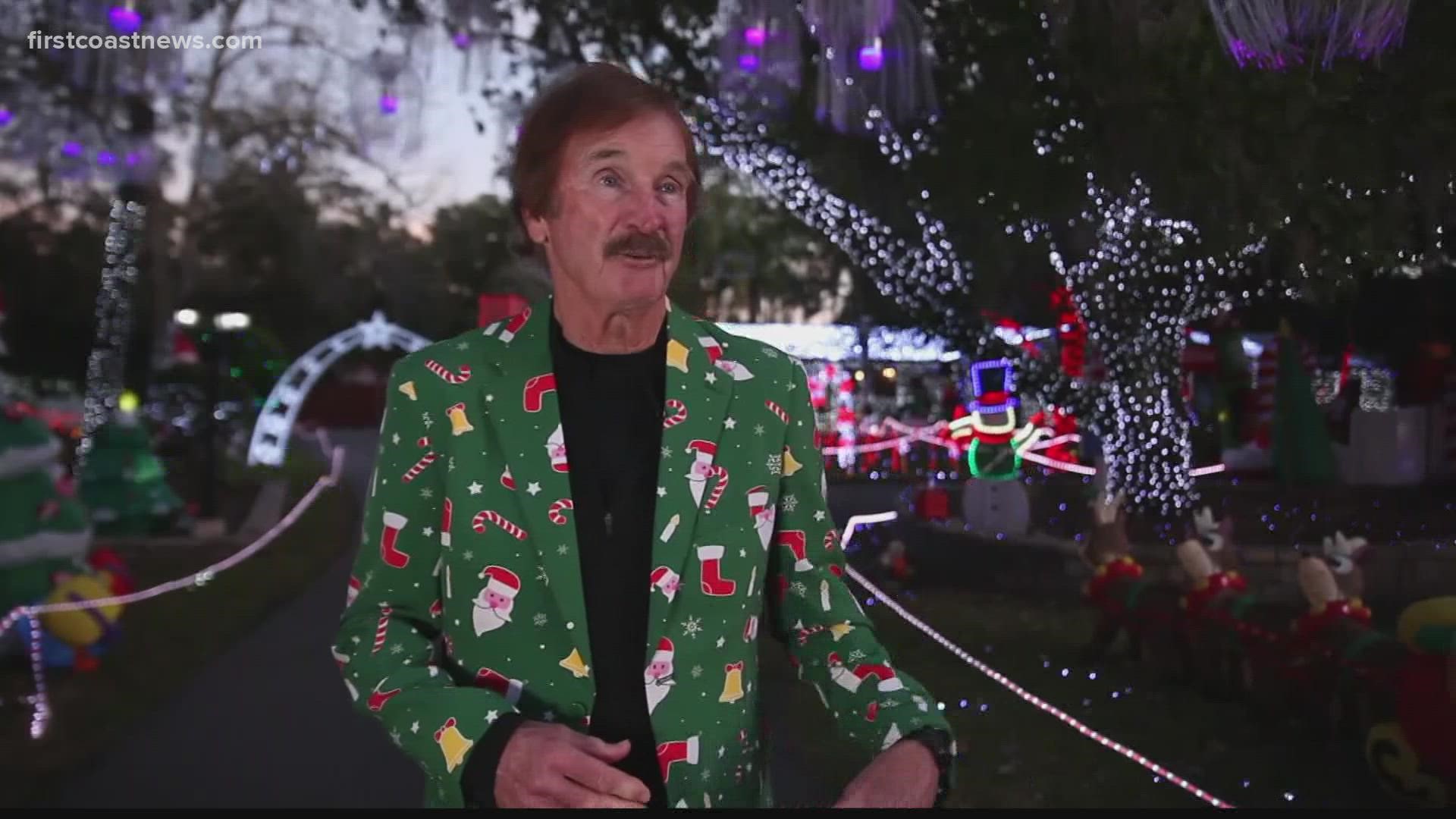 The Buzz: Jacksonville man lights up neighborhood with a million lights