"She never had a chance to hold her child," David Miller said through tears. "That's tough for us to get our head around." 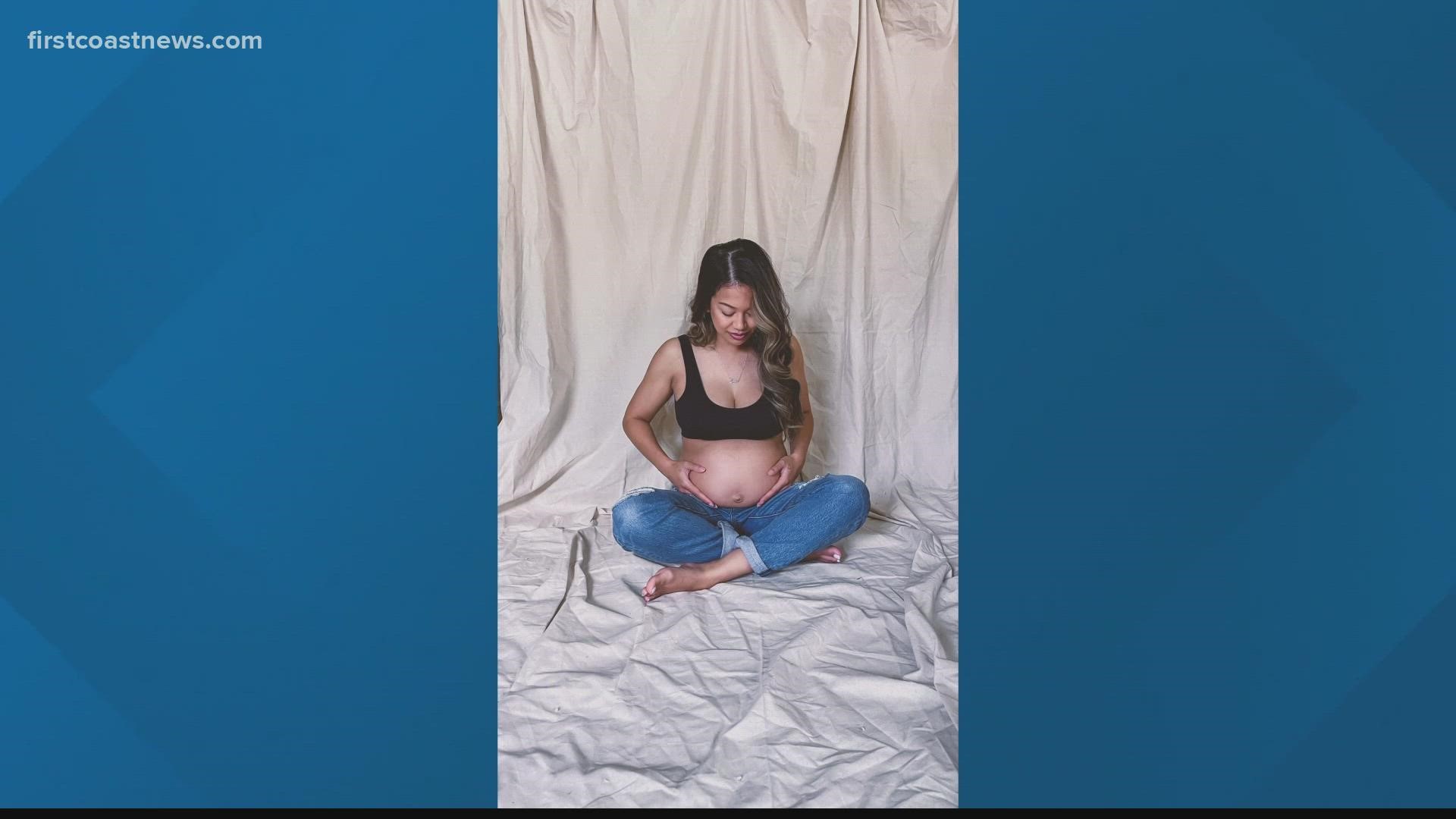 JACKSONVILLE, Fla. — David Miller cradles his tiny newborn Evie. She makes those little baby squeaky noises every once in a while in his arms.

Miller is a proud new poppa, but he is a man in mourning.

"We’ve been together for eight years," Miller recalled. "She was phenomenal. There was not a speck of negativity in her. She impacted so many lives."

The Jacksonville couple has a two-year-old boy named Silas with their second child on the way.

However, while Greyzie was pregnant, she tested positive for COVID-19.

"She woke up and was having trouble breathing, and it accelerated from there," Miller remembered.

"Because there were not that many studies at the time, and we were going to play it safe," Miller said. "That’s only because we were taking every other kind of precaution."

While in the hospital being treated for COVID-19, Greyzie needed an emergency C-section, and little Evie was born. It was July 18.

Evie wasn't due until September. However, after the delivery, Evie was healthy.

Yet, Greyzie’s health was declining.

"She agreed to a ventilator," Miller said.

August 13 was their son's 2nd birthday. Greyzie joined the family celebration via Zoom. Miller was hoping it would raise her spirits and boost her health.

However, the next day, August 14, Greyzie passed away. Her newborn baby was in the NICU, her husband was on the phone.

"I got a call," Miller sobbed, "that said she was having complications that they couldn’t recover her from. And I was on the phone when her heart failed."

Two days later, Evie got to go home in her father’s arms, but she had never felt her own mother’s embrace.

"She never had a chance to hold her child," Miller said through tears.  "That's tough for us to get our head around."

The CDC reported this summer the COVID-19 vaccine is safe for pregnant women, but many expectant moms were not sure.

"This virus is real. If I could say anything, it's to get vaccinated, protect yourself and your loved ones so that you don’t go through a situation of watching their health deteriorate or losing them," Miller said, wiping away his tears. "It will shatter your family."