Buried History: Who are the 'strangers' behind Strangers Cemetery on St. Simons Island

Down a dirt road and tucked away from the shops and hotels on St. Simons Island is Strangers Cemetery, officially named Union Memorial. 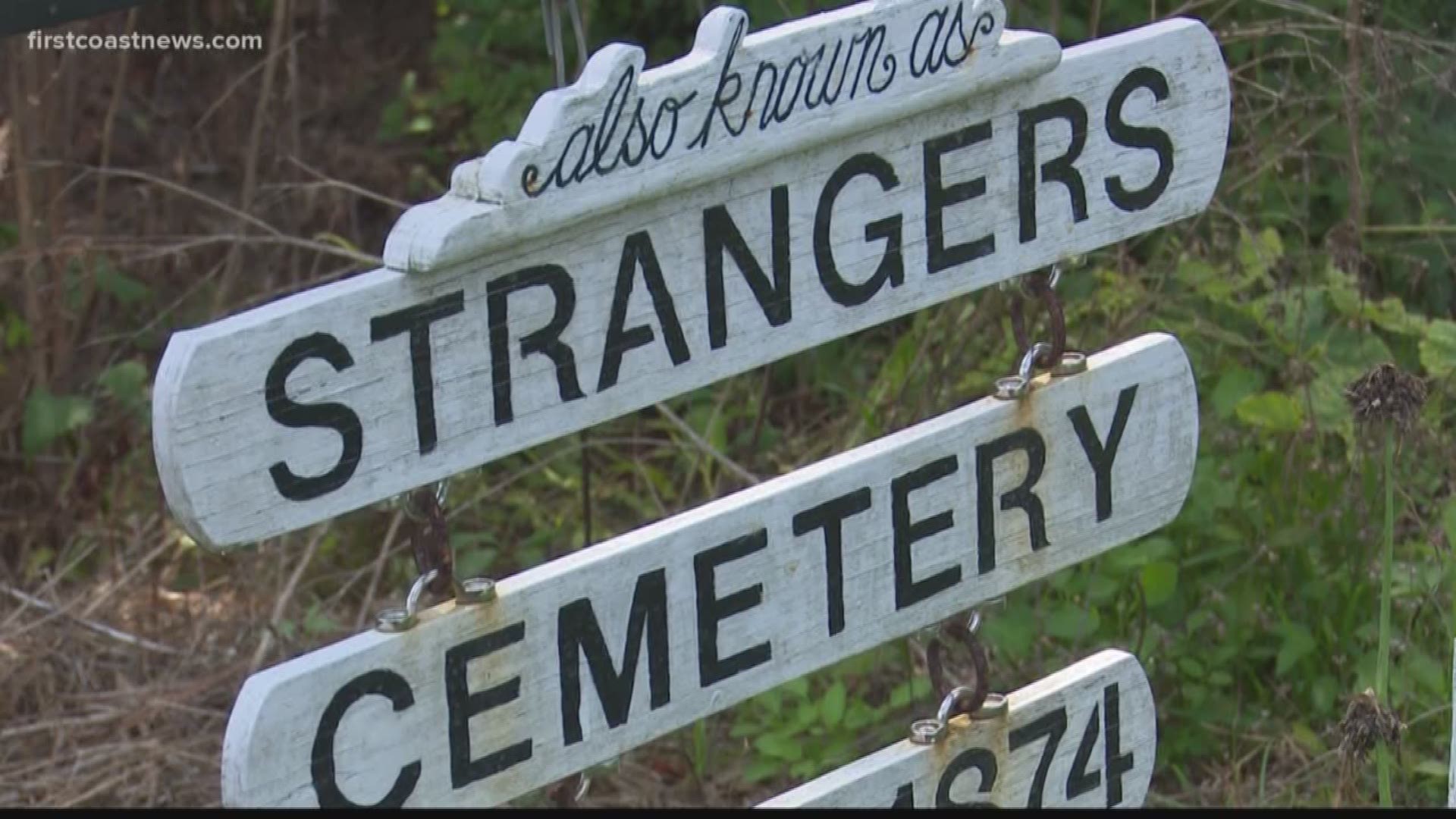 Down a dirt road and tucked away from the shops and hotels on St. Simons Island is Strangers Cemetery.

It’s where teachers, singers, and everyday people come together.

“Oh Freedom, freedom over me, and before I be a slave, I’ll be buried in my grave,” historian and guide Chip Wilson sang.

The spiritual was the only thing you could hear cutting through the wind on our visit to Strangers Cemetery, officially named Union Memorial.

“This cemetery was built for strangers, for people who came here," he said.

Wilson was born and raised on St. Simons Island and recognizes most of the names on the graves.

“She was my step-grandmother,” he pointed out.

Strangers Island is the resting place for many, from family to former teachers.

“These were actually the only two school teachers who were on St. Simons,” he explains about the Johnson plot.

Even NFL Hall of Famer Jim Brown has family buried there: “This is Jim Brown’s mother Theresa,” Wilson said.

Bessie Jones, a singer who gave voice to the island and its people is also buried there.

“One of the most unique groups, their singing was done with patting of the hands," he said.

Early on at the cemetery, Wilson said the graves were crudely made and in some cases went unmarked.

“They buried them in a sinkhole in the ground actually where someone else was buried with no marker," he said.

He added that Strangers Cemetery, for the most part, follows centuries-old tradition with the direction these graves are placed.

“They say they always bury you with your feet facing the east so that when Christ comes you rise up to meet him,” Wilson said.

Burials still take place on the grounds, but permanent residents no longer need to be strangers to the island.