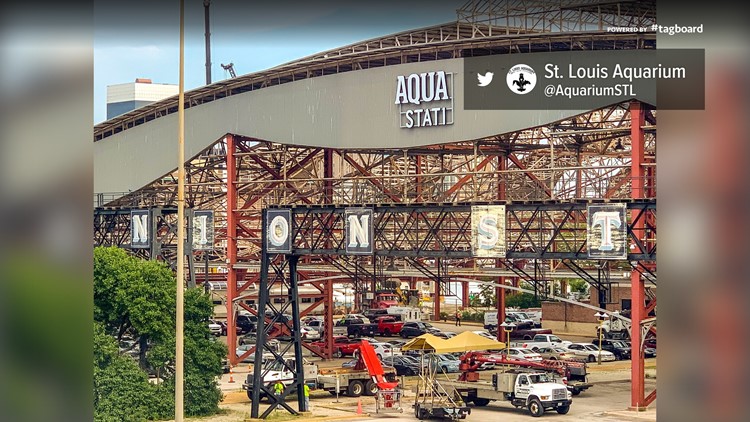 A new sign the St. Louis Aquarium is closer to reality

ST. LOUIS — There’s a new sign the St. Louis Aquarium is getting closer to becoming a reality.

Construction crews have been working behind the scenes for months now to build up the latest attraction at Union Station. But, so far, the progress has been mostly hidden from view inside the historic building.

Letters for the aquarium’s logo are going up on the outside of Union Station.

A photo tweeted by the aquarium shows the letters “AQUA” and “STATI” on the exterior sign that faces Interstate 64. Presumably, it’ll read “ST. LOUIS AQUARIUM AT UNION STATION” when it’s all finished.