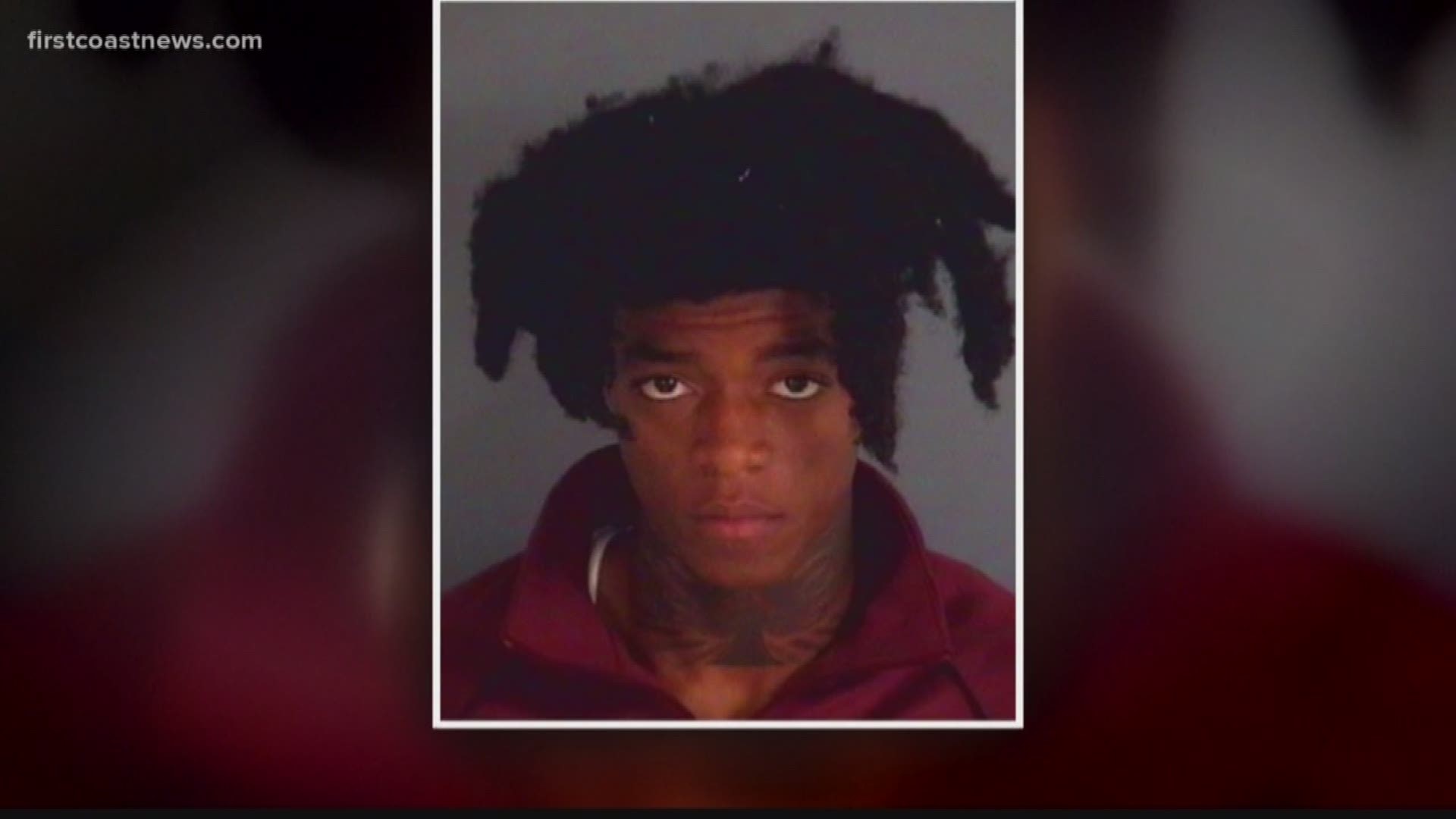 HOUSTON, Texas — *The above video was originally published in March 2019

Jacksonville rapper Yungeen Ace revealed new details about his career and life during an interview with a Houston, Texas radio DJ on Monday. Ace told Ashlee Young of 93.7 The Beat that he moved away from Jacksonville and is now living in Houston. "Houston is too big for me," Ace said in the interview, but he and his crew seem to be making it work.

Ace said he doesn't go out much, and he spends most of his time working. "We don't even go to clubs," he said. "Everyday when we wake up, it's 'to the money.'"

During recent years, the number of Jacksonville rap artists getting signed deals continues to grow. The interviewer asked Ace why that's occurring. "Jacksonville is the most talented in everything ... I kicked doors down," he said. "There's nothing there (in Jacksonville) ... No opportunity. The only thing we had was The Landing and they took that away."

Just because he moved away from Jacksonville, Ace said he's not forgetting those who are still here. "When I got in the position I'm in now, I didn't want to be selfish."

The rapper said he's regularly flying other artists from Jacksonville out to Houston to show them the ropes. "We'll be in the studio and I'll show them everything I know and say 'now it's up to you to take it and run with it,'" he said.

The DJ asked Ace if he returns to Jacksonville to perform in his hometown. "The police won't let me," he said. "They don't want me coming out there doing shows."

Ace said he wants to come back home to do events, such as giveaways, for children and people in need here. "I want to do a bike giveaway, but the police won't let me," he said. "I can go through someone to do it ... but I want to do it. I want them (children) to see me. I want to handout notebooks, bikes, turkeys, they won't let me."

Jacksonville Sheriff's Office has not yet responded to inquiries about the rapper's allegations.

If there are any hard feelings between law enforcement and Yungeen Ace, that might be understandable, especially following the song, "Who I Smoke," by Jacksonville rapper Spinabenz. Ace was one of four rappers on that track which he says is easily one of his most viral songs to date.

"Who I Smoke" is a disturbing twist on Vanessa Carlton’s 2001 pop hit “A Thousand Miles.” The main hook of the song is Ace naming rival Jacksonville gang members who were killed.

"Who I Smoke" also forged an unlikely friendship between Ace and Vanessa Carlton. "She hit me the other day and said let's go golfing," he said presumably because the video featuring her song includes the Jacksonville rappers golfing at a Houston golf course. "I got major love for Vanessa," he added. "She calls me. We facetime."

Ace said he wants to collaborate with her on another song. "I'm waiting on her to send me something right now."

Carlton must have gotten some blowback for allowing the rappers to use her song based on a tweet she sent out a few weeks ago.

To the white folks that have expressed anger/shock over my approval of A Thousand Miles' usage in the Spinabenz, Whoppa Wit Da Choppa, Yungeen Ace, & FastMoney Goon song Who I Smoke, I invite you to ask yourself why you feel this way & then read this: https://t.co/CSP2a5XByJ