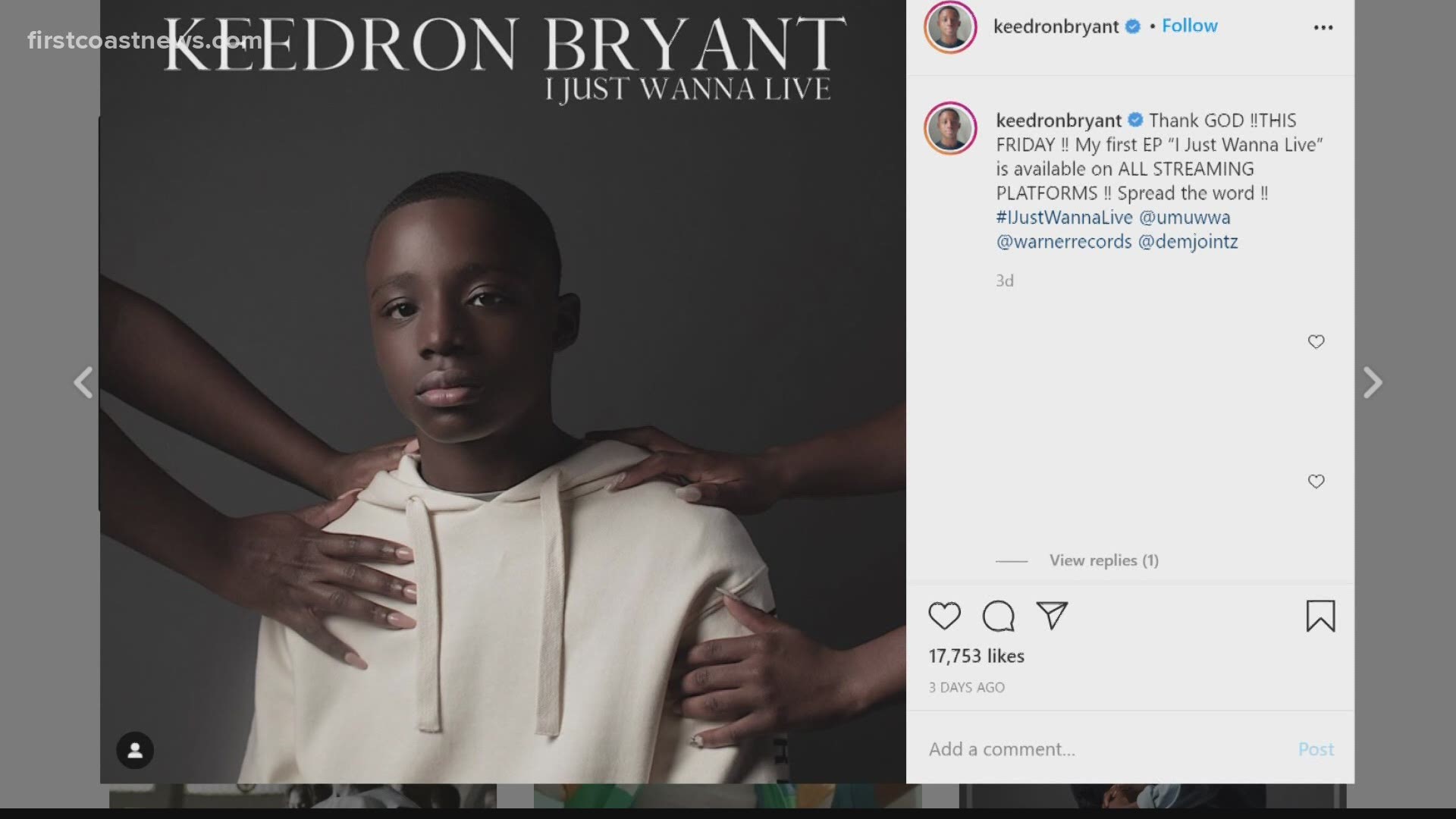 JACKSONVILLE, Fla. — Keedron Bryant, the 13-year-old Oakleaf singing sensation, is in the national spotlight, again, after he took center stage during a pre-recorded halftime appearance at the NFL's season opener Thursday night.

"What I've been asking God for and praying about, it has come to pass, and it is like wow this is actually happening to me," Bryant said.

You may know Bryant for singing an a capella version of "I Just Want to Live." It struck a chord with people across the country after George Floyd’s death, which was the catalyst for his mother writing the lyrics.

“Me and my family watched the George Floyd killing video, and that was a sad and heartbreaking video. After that, my mom went into prayer because I am a black male in America,” Bryant explained. “That's when God gave her the lyrics and she gave the lyrics to me and told me to go upstairs and pray, and that's what I did. I asked God to give me power and strength to deliver the message in the right way and a hopeful way.”

His song went viral getting millions of views.

He performed on the Ellen DeGeneres Show, was signed by Warner Records, and on Friday his EP comes out.

“I want people to get just a lot of hope inside their soul after they listen to me, and I really want to make a big impact on this earth and not just in my community or state but around the nation, around the globe,” Bryant said.