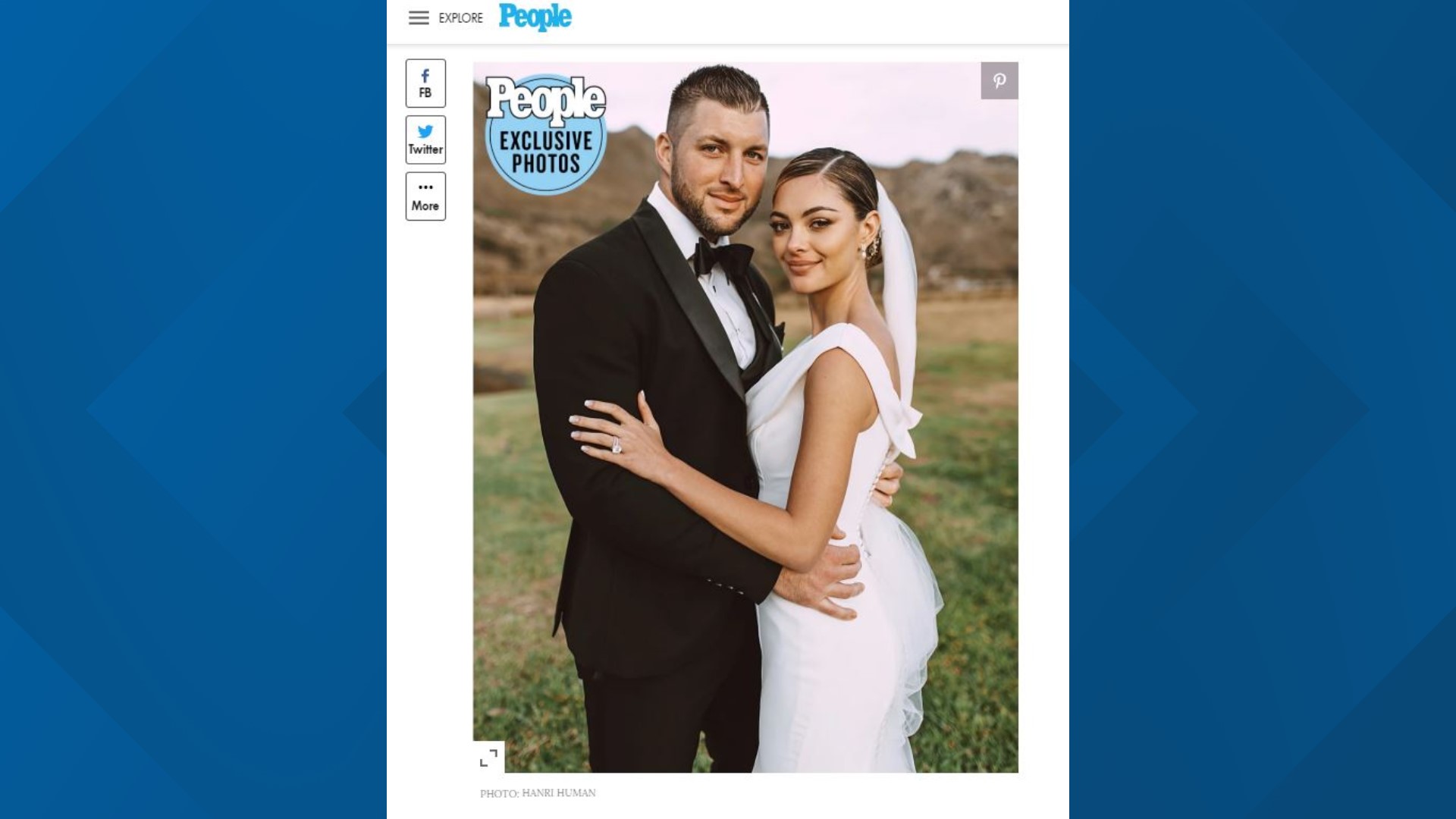 Tim Tebow is officially off the market!

About a year after getting engaged, the Heisman Trophy winner and former Florida Gator quarterback tied the knot with Demi Leigh Nel-Peters, 2017's Miss Universe, in Cape Town, South Africa, according to People Magazine.

The couple exchanged vows in front of nearly 300 guests during a 30-minute wedding ceremony at Las Paris Estate, People reports.

During the ceremony, Nel-Peters was seen wearing a custom gown made by David's Bridal whereas Tebow was wearing a tuxedo made by Antar Levar, People teased.

TMZ reports the two also shared photos and video on social media of their wedding rehearsal dinner, filled with both American and South African culture. The two were also surrounded by family and friends.

RELATED: Tim Tebow is engaged to the 2017 Miss Universe winner

"I’ve been waiting my entire life for someone special, who I can spend the rest of my life with," Tebow told People. "I was waiting for the right person to come along. And now I’m marrying Demi. I can’t wait to see what our future holds. All of my dreams have come true. It was 100 percent worth the wait.”

Congratulations to the happy couple!