According to a release, the shoes are called "Satan Shoes" and only 666 pairs were available for purchase on Monday. 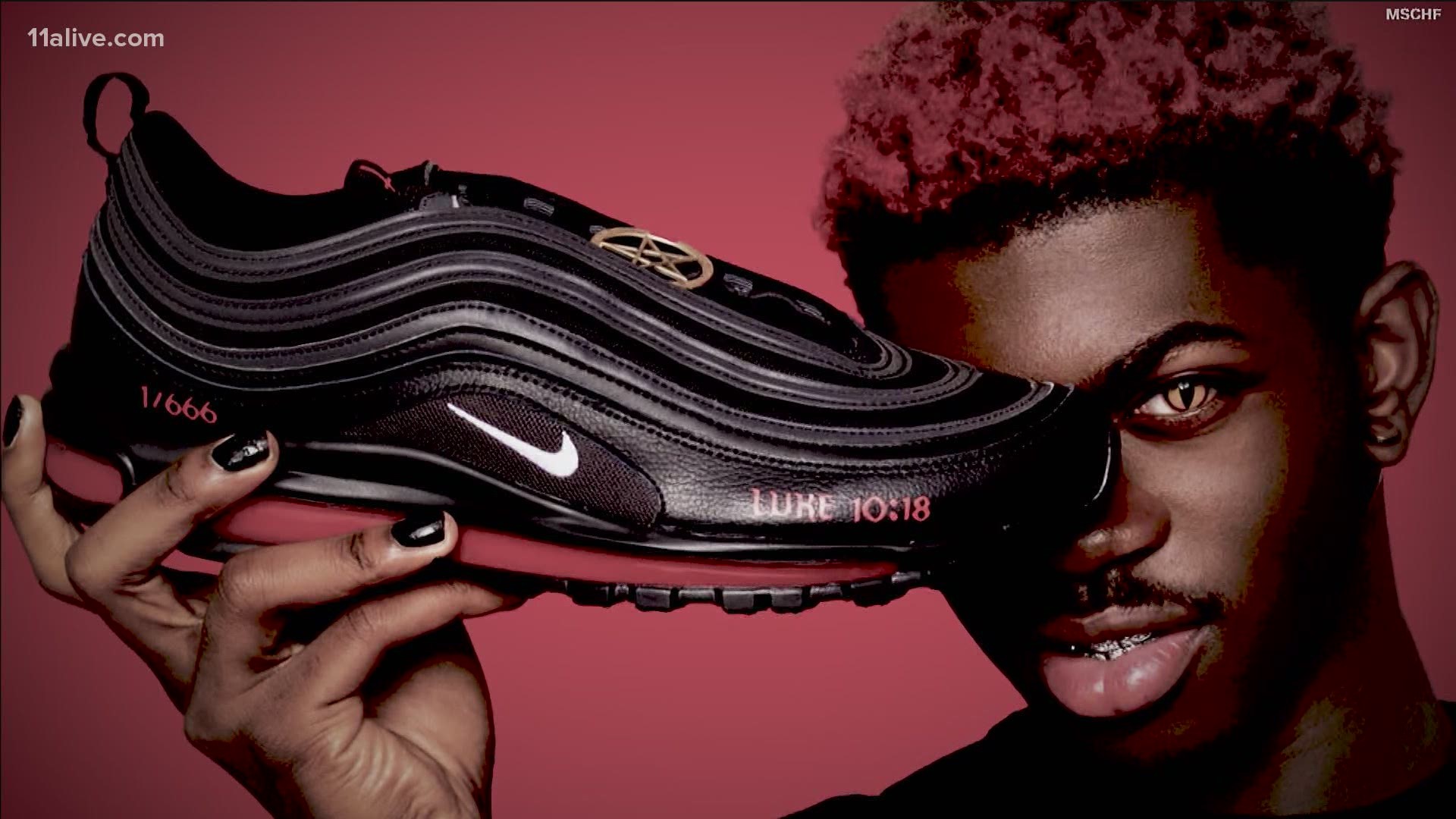 ATLANTA — Atlanta's very own Lil Nas X went viral this weekend after the debut of his new music video and exclusive sneaker design that left the virtual shelves reportedly in under a minute. Shoe giant Nike is denying any ties and serving out a lawsuit.

The "Old Town Road" artist released his visual to his latest single, "Montero (Call Me By Your Name) on Friday. The video now has more than 32 million views. The images prompted huge discussions surrounding the lives of LGBTQIA+ people and the inaugural display of sexuality from such a huge openly-gay star.

The release of the music video also coincided with a custom shoe collaboration with a streetwear company known as MSCHF, NBC News reported. The $1,018 shoe went viral for its Satan-inspired theme. The company is known for creating controversial and viral products.

According to a release, the shoes are called "Satan Shoes" and only 666 pairs were available for purchase on Monday. NBC reported that the controversial shoes were modified Nike Air Max 97s decorated with a pentagram pendant and a reference to Luke 10:18, a Bible verse about Satan's fall from heaven.

Each pair also contained a drop of human blood in the sole, the MSCHF team told NBC News Sunday.

The video drew a huge amount of support and questions from various social media sites on Friday for its intimate portrayal of Lil Nas X's interpreted experiences through his sexuality. Through it all, Lil Nas X made one thing clear to fans and critics.

"I am not gonna spend my entire career trying to cater to your children. That is your job," he wrote on Twitter.

there was no system involved. i made the decision to create the music video. i am an adult. i am not gonna spend my entire career trying to cater to your children. that is your job. https://t.co/SzjjYe2tf4

However, the shoe drew major backlash for Nike and the rapper.

Nike quickly denied any relationship with the "Satan Shoe."

"We do not have a relationship with Little Nas X or MSCHF," Nike said in a statement. "Nike did not design or release these shoes and we do not endorse them."

On Monday, Nike filed a federal trademark infringement lawsuit against MSCHF. Lil Nas X was not named as a defendant, according to NBC News.

On Monday, Lil Nas X reposted a message from XXL Magazine on Instagram insinuating the shoes sold out in under one minute.

The rapper, known for his "trolling" abilities and witty clap backs, posted what was posed as an apology video, but it was anything but.