'Don't have to choose between work and family': Many companies keep remote workers

Some Jacksonville workers say working from home means living in a way that aligns more with their values; they don't have to choose as often between work and family. 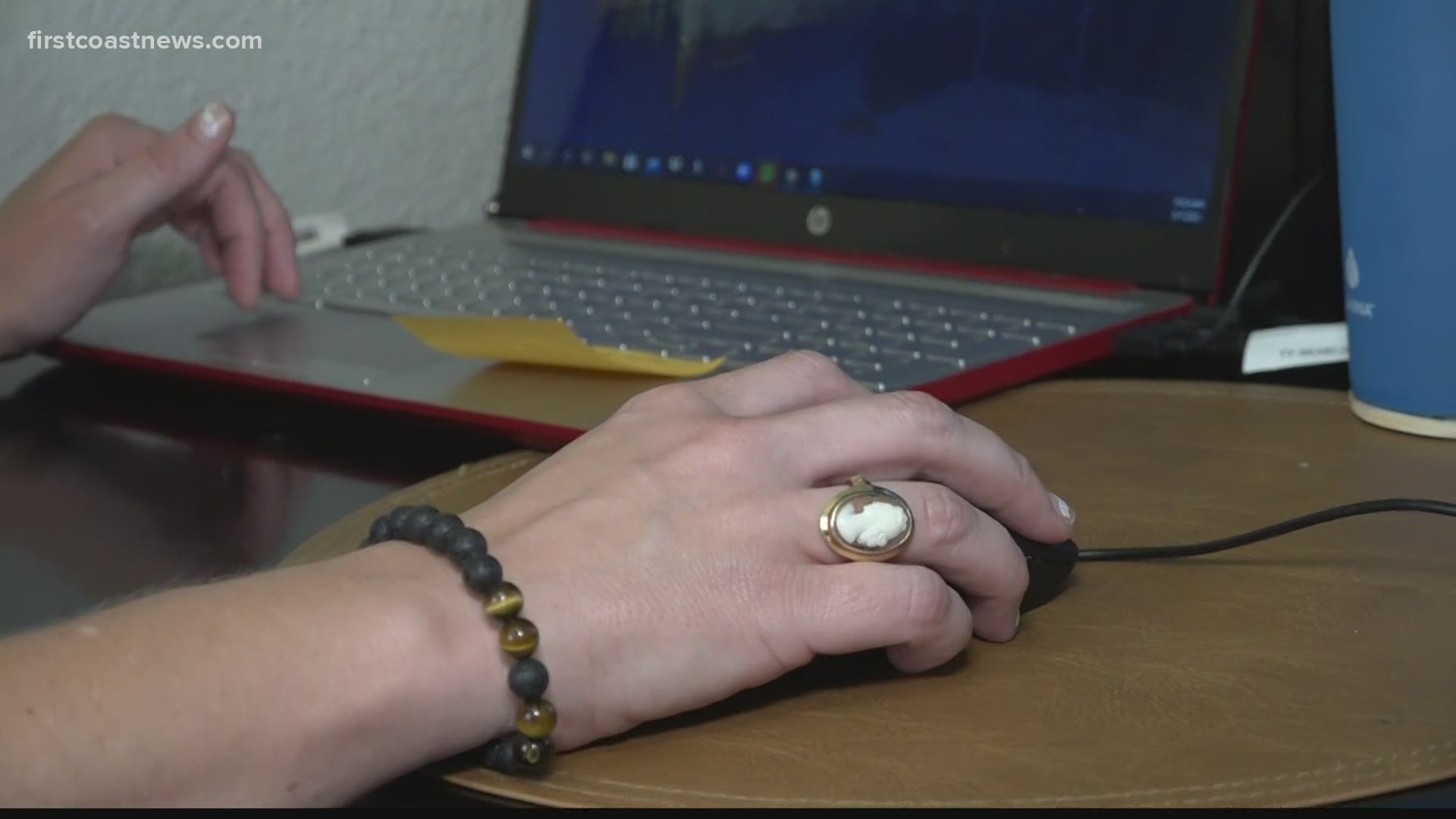 JACKSONVILLE, Fla. — It's being called a workplace revolution.

Are you still working from home? Will you ever go back to the office? Most companies are reportedly now giving workers the option.

Some remote workers in Jacksonville say working from home means living in a way that aligns more with their values; they don't have to choose as often between work and family.

"I realized that I was just beyond happy," said Murray Hill resident Sabrina Frenier about working from home. "I was happier, I was healthier, physically healthier, my mental state."

Working from home has changed Frenier's life. She says she's been more productive and hasn't felt like she's needed to take a mental health day.

"I don't feel like I have to choose between my work and my family," Frenier said. "That was an amazing feeling."

Before the pandemic, only three percent of Americans worked from home. Now 80 percent of companies reportedly plan to keep some kind of remote working.

Working in an office may look different, like if you work at Ford. Some of their workers will have to reserve office space when they need it.

Global Workplace Analytics finds if employees works from home half the time, a company can save $11,000 a year per employee. That stems from lower overhead costs, increased productivity, and less turnover. They find employees can save up to $4,000 a year and, as for time, save 11 days a year.

"My mom just had a hip replacement," said Frenier. "I worked from the hospital that entire day."

Frenier hopes companies see this as an opportunity to create happier workers and therefore more productive ones.

"This isn't going backwards, we're only going to get bigger and stronger," she said. "Hopefully the companies will be able to keep up with the demand of what we see as individuals and as people."

Kristin McClanathan, who also lives in Murray Hill, talks to everyone she works with the way she talked with First Coast News, which is through a screen. She actually changed the game for her entire company.

Everyone else McClanathan works with is in Maryland, but when she was moving to Florida, she asked her company if she could just work remotely permanently. Now she's in charge of six people who all have that option.

"[I'm] staying in contact with them at least once a day for each person to just make sure that they're doing alright," McClanathan said.

"I don't have that long commute from work," said McClanathan. "I was driving 40 minutes just one way just to get to work. So I don't have the gas and it takes a lot of time that nobody really thinks about."

But the biggest thing it saves for more people like McClanathan is these moments...

"The one thing that I really love is I get to see my daughter on and off the bus every single day," she said.

Love it or hate it, the "hybrid" model of working where employees only need to be in the office part of the time is becoming more popular.

RELATED: Covid Comeback: How to turn your home into your permanent office