It has been about 11 months since Mayor Lenny Curry said the Confederate monuments in Jacksonville will come down. 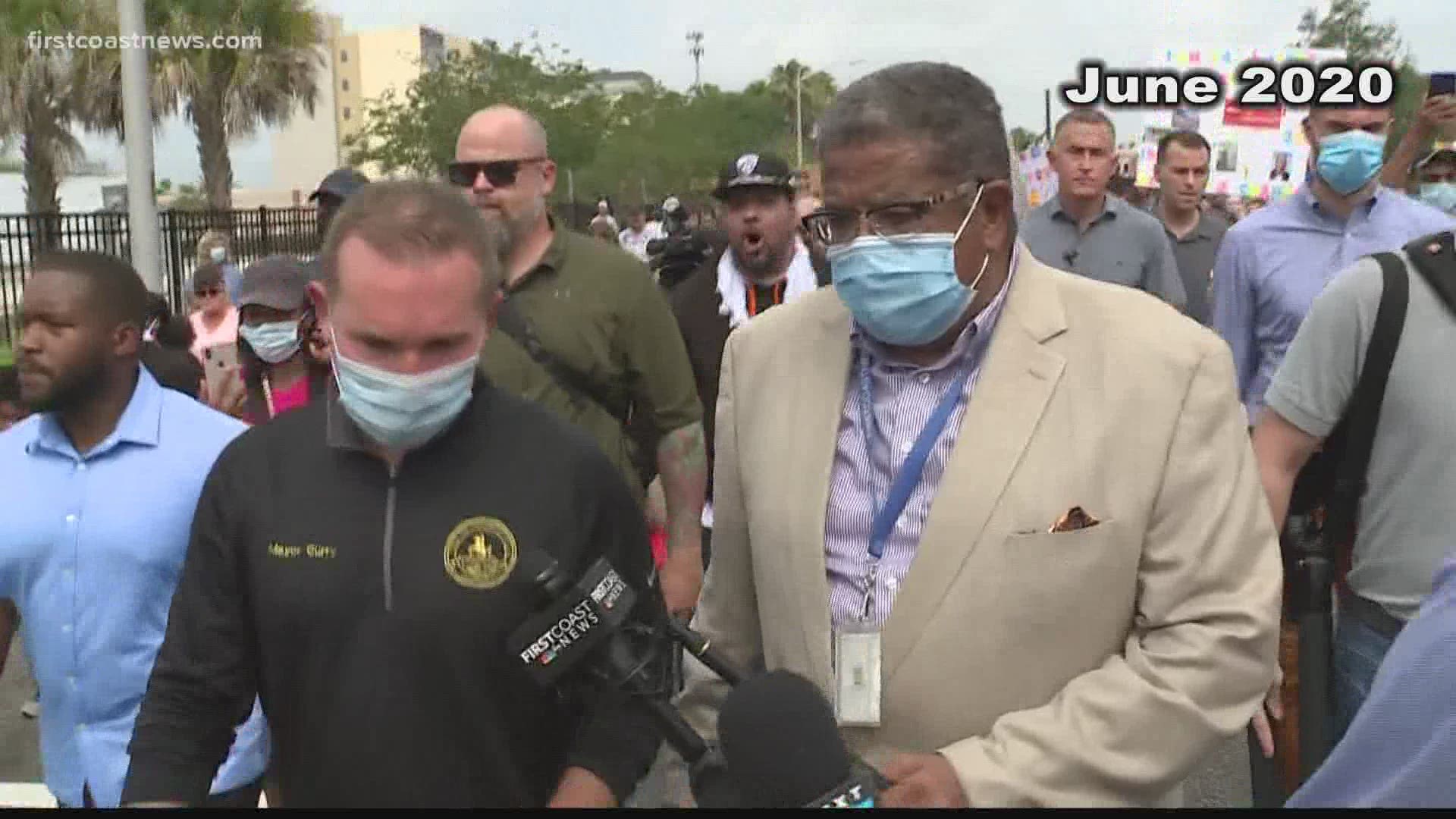 The City of Jacksonville says Mayor Curry is planning on meeting with the 'Working Group' which has been trying to figure out what to do with monuments.

Mainly, three monuments are in question: one in Springfield Park, one in the Old City Cemetery and one in James Weldon Johnson Park.

In June 2020, Curry said all Confederate monuments in Jacksonville would come down.

"The next thing I'll do is introduce legislation to City Council that brings all those agencies that make those decisions around those issues to the table," Curry said in June of 2020 to First Coast News' Ken Amaro during a protest.

The statue of a Confederate soldier outside City Hall in the formerly known Hemming Park, now James Weldon Johnson Park, came down the night before that interview. The base still stands.

Since then, Confederate Park was renamed to Springfield Park in August, but the monument to the Confederacy still stands.

The Women of the Southland monument is a historic marker for the 1914 Confederate Veterans reunion and honors the women of the Confederacy.

Activist Wells Todd with Take 'Em Down Jacksonville says statues like this should’ve come down a long time ago.

A spokesperson with the city of Jacksonville says the Working Group has finalized their proposals for what to do with the part of the Confederate monument that still exists in James Weldon Johnson park, the Women of the Southland monument, and the Grandstand located inside the Old City Cemetery.

He says Take 'Em Down Jacksonville activists are waiting to meet with the city to talk about the future of these monuments.

The Working Group with the city consists of historians, art professionals, and City planners. Their report says in part "To be clear, these monuments must no longer stand as they have, in celebration of the Confederacy."

For Women of the Southland monument specifically, the group proposed 2 options.

You can read the rest of the Working Group's report below.