Some senators say SB 90 would make voting harder for specifically seniors, minorities, and people with disabilities. Others believe it would make elections secure. 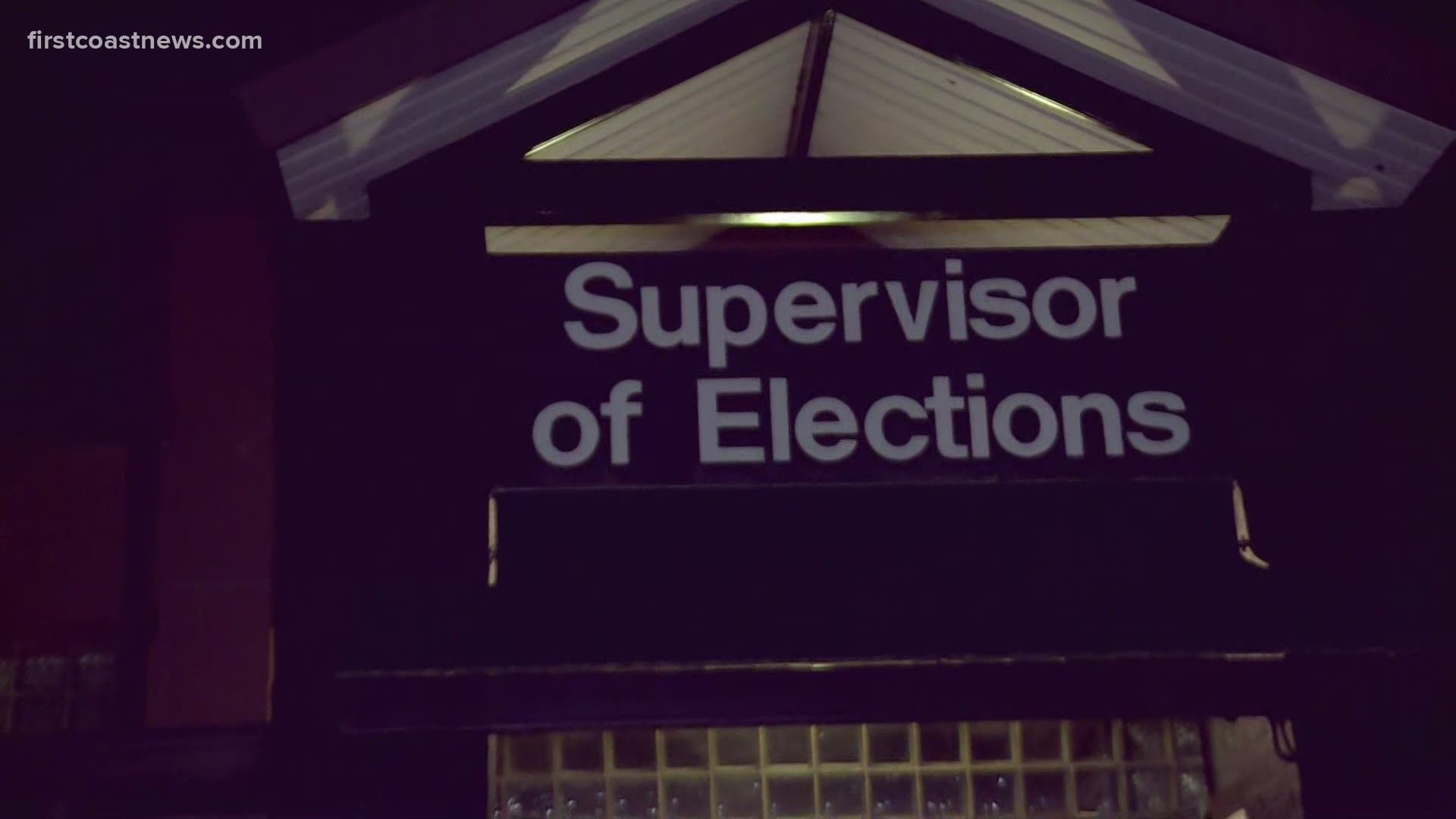 Two controversial bills in Tallahassee aim to change the way you vote. There were some tense moments in the five hours of discussion on proposed Senate Bill 90 in the Senate Rules Committee Wednesday.

House Bill 7041 is a similar bill in the House.

Some senators say SB 90 would make voting harder for specifically seniors, minorities, and people with disabilities. Others believe it would make elections more secure.

The question that kept being brought to the senator who proposed the bill, Senator Dennis Baxley (D-12), was why the bill was needed when the November election went smoothly.

"Can you tell us here today about a single instance of a VBM [vote-by-mail] dropbox being tampered with?" Democratic Senate Minority Leader Gary Farmer (D-34) asked Baxley.

"I can't tell you when somebody robbed my house but I still lock it every night," Baxley replied. 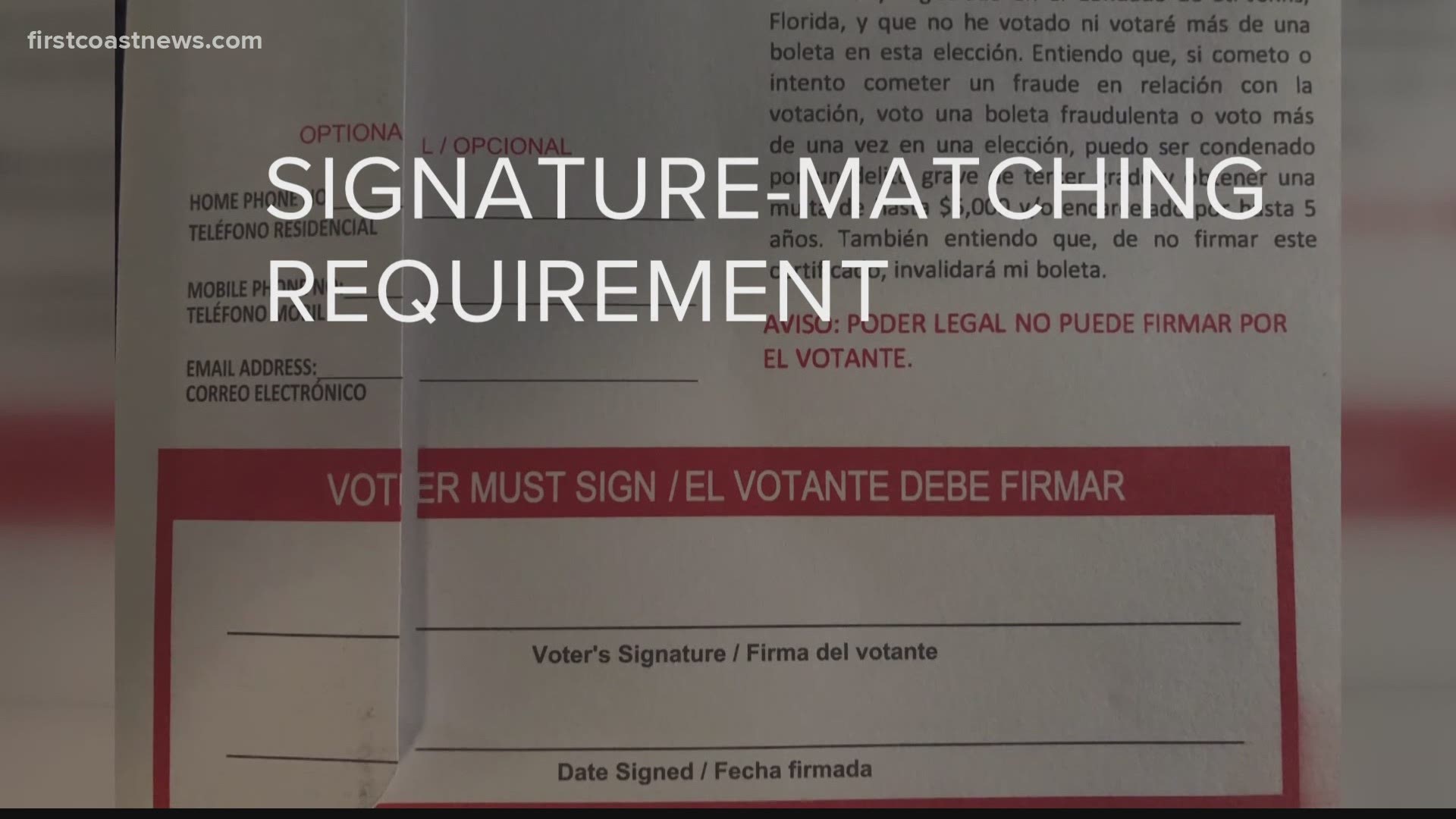 A proposed change that draws much criticism is a signature matching requirement that would compare a recent pen-to-paper signature to your signature when you vote.

Opponents say this would "wipe millions of people off the rolls" especially because electronic signatures have been used for years to register to vote at the DMV.

According to the Duval County Supervisor of Elections Office nearly 140,000 people voted by mail in November. More than 30,000 of them used dropboxes.

"To say that we've cut off access, I just don't think that's accurate," said Baxley. "There's still so many ways you can participate."

Olivia Babis with Disability Rights Florida disagrees. She cites a study by the Government Accountability Office showing 60 percent of about 180 polling places in the 2016 election had at least one potential barrier for people with disabilities.

Babis says the proposed bill's matching "wet" signature requirement would mean votes could be thrown out for a number of reasons.

Here's a memorable moment with a voter whose husband died. She spoke against Senate Bill 90. Only one person in the comment period spoke in support of Sen. Baxley's proposed bill.

Keep watching for why Baxley believes the bill is needed. Watch GMJ now for what the bill would do. pic.twitter.com/Mbaa7hxlGz

"Somebody that is blind or may be visually impaired or they may not have the dexterity in their hands to be able to hold a pen," Babis said. "They may have a degenerative disorder so Parkinson's disease, ALS, MS, muscular dystrophy, all of these types of conditions can affect the way someone signs."

League of Women Voters of Florida President Patricia Brigham says the bills would require a massive campaign to educate voters.

"We don't believe these bills are necessary at all," Brigham said. "All they're going to do is confuse voters. This is a solution in search of a problem. We had a great election last year. Why change a winning game?"

Most of the people who spoke up at the committee meeting were against the bill, but State Senator Audrey Gibson tells First Coast News she believes it may pass the committee on party lines and Republicans hold the majority.

The Senate Rules Committee chair's office tells First Coast News they will most likely continue discussions Tuesday if not later this week.