Post-vaccination travel booms: Here's when prices may go up

The number of people travelling is going up and plenty of people say they were waiting for their second vaccine shots. 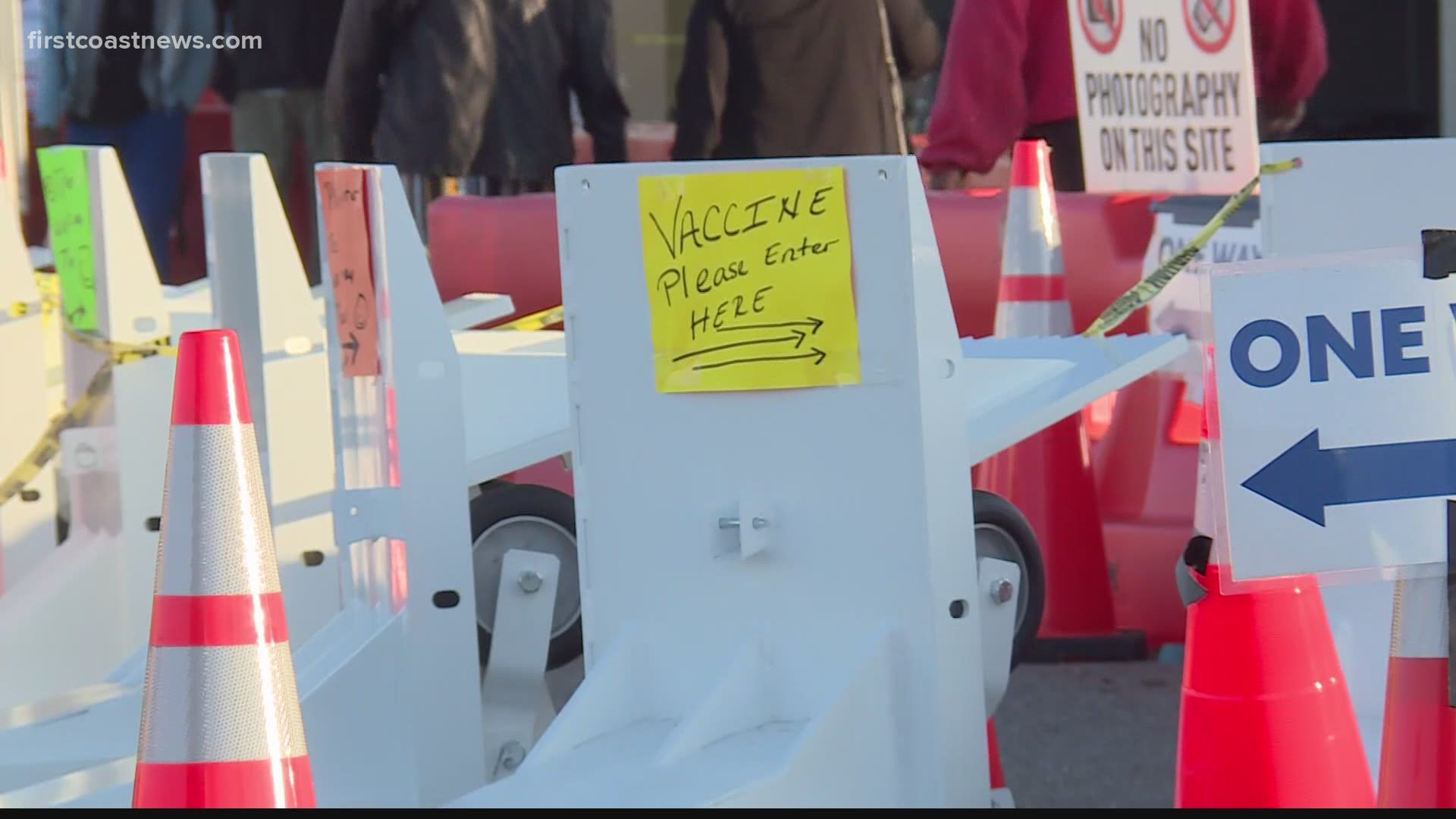 JACKSONVILLE, Fla. — Are you itching to get away on vacation?

The number of people traveling is going up with many people saying they were waiting for their vaccine shots before going on a trip.

You are required to wear a mask on airplanes and at airports. Don't expect the middle seat to be open on every flight you're taking. Most airlines are no longer blocking middle seats and Delta will stop doing so May 1.

A Jacksonville travel agent says you should book your trip now because he expects prices to go up in May.

"We are planning to travel there and we are waiting on the vaccine," said Srinu Miryala.

Srinu and Sribriya Miryala got their second vaccine doses Monday. The rule in their house: no vaccine, no travel.

"I've gotta give kudos to my kids too," Miryala said. "They keep us in check. They're like, 'you don't get vaccinated, we're not traveling anywhere,' so we're waiting for that.

They're not the only ones itching to get away.

"Everyone is looking to get out, everyone," said Kamen Blackwell, owner of TripVax.

Blackwell says his company did more business this March than all of last year and they actually hired two people. He says people are still avoiding crowded places when seeking destinations.

"The Caribbean is selling out like hot cakes," Blackwell said. "If you wanted a room for Fourth of July weekend or Memorial Day weekend you can pretty much forget about it at this point."

Blackwell expects prices to go up after this month as demand grows.

Jacksonville International Airport's latest enplanement numbers are from February. More than 90,000 people got on planes then but in February 2020 the number was more than two and a half times that.

What's new and heartwarming is how Blackwell is seeing travel plans change.

"They say, 'man, last year was rough, I would love to be able to go spend time with my family,'" he said. "So we're seeing a lot of multi-generational trips, that's what we call them. When you see Grandma and Grandpa on the trip with their kids and even the grandkids. We've heard a few people say they just appreciate life more and life is short and they want to start to travel the world and see places that they never thought they would want to see."

Sunshine and 80s for days; rain approaching end of the week