Research estimates a database of just a few million people could be enough to track down nearly everyone in the U.S. 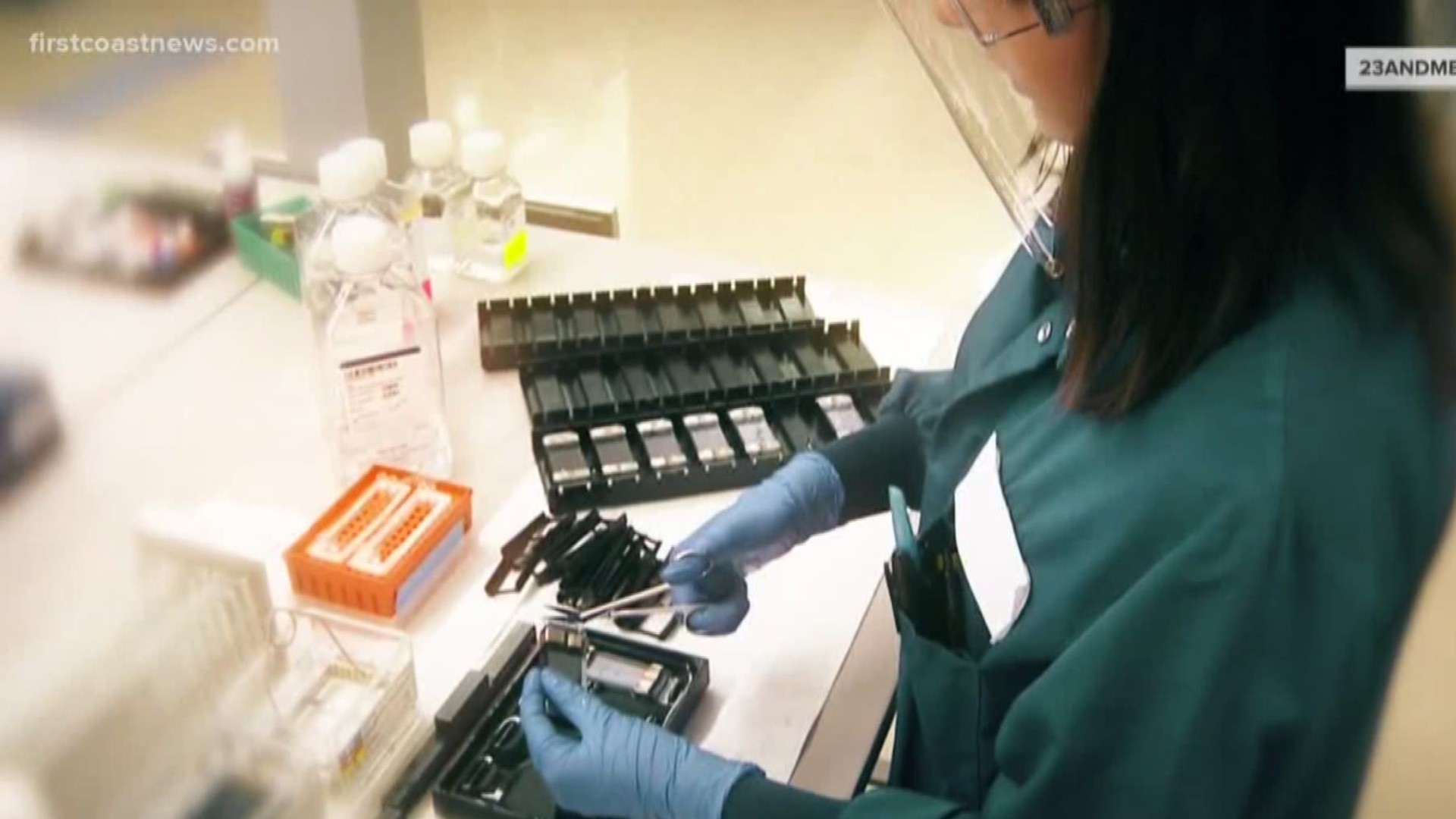 Would you upload your DNA to help solve a murder?

Homicide investigators and families who've faced tragedy on the First Coast are encouraging people to "upload" their DNA to better assist law enforcement in cases that might otherwise go unsolved.

At last weekend's launch of "Upload for Justice," investigators, genealogists and families whose loved ones' cases have gone cold, all came together. They're encouraging people who take genealogy tests to opt into letting law enforcement access their DNA data.

The goal is to help solve cold cases by catching criminals.

"We're talking about really bad people still out there in our communities," said Ryan Backmann, founder of Project: Cold Case, one of the partners in the launch.

Research estimates a database of just a few million people could be enough to track down nearly everyone in the U.S., which gives hope to families who are still searching for answers.

"It absolutely does give me hope," Casie Ellison said. "When DNA's the only thing left to go on."

You might remember Ellison from the First Coast News series Unsolved. Her mother, Missy Ellison, was murdered and her killer was never found.

The DNA test Ellison took at the Upload for Justice launch could potentially help other cold case families, just as their DNA data could link to her mother's killer.

"[To] be able to finally get the answers to that, it's a huge relief," Ellison said. "I mean it's just gonna be a boulder lifted off."

However, the push to 'upload' DNA comes after privacy concerns have taken over the headlines.

Research from Baylor College of Medicine found more than 90 percent of the people surveyed support the use of DNA in violent crimes. But that still leaves almost 10 percent of people where privacy concerns win out for them.

This month DNA testing company 23 and Me laid off 100 people as sales reportedly declined. A newly introduced bill would keep health insurers' hands-off DNA tests is making its way through the Florida legislature, but for those with privacy concerns, it may not come soon enough.

But are steps you can take to protect yourself. Dr. Rachele Hendricks-Sturrup with the advocacy group Future of Privacy Forum, says to read all the fine print when signing up for an at-home genetic test.

"Learn what their opt-in and opt-out choices could be," she said. "It really boils down to what these entities and databases are deciding to do with your data and what you consent to and what the purpose of the data-sharing activity is."

She also says it's important to make sure your biological relatives are okay with their data being traceable when you upload yours. Keep in mind another potential risk with putting your DNA in the form of online data is hacking.

Experts advise you to do your research on the privacy terms for the DNA testing company you get your at-home test from.