The Buzz: Stores to sell tiny turkeys for Thanksgiving

With many people planning to scale back their Thanksgiving celebrations this year, some grocery stores say they will stock smaller birds. 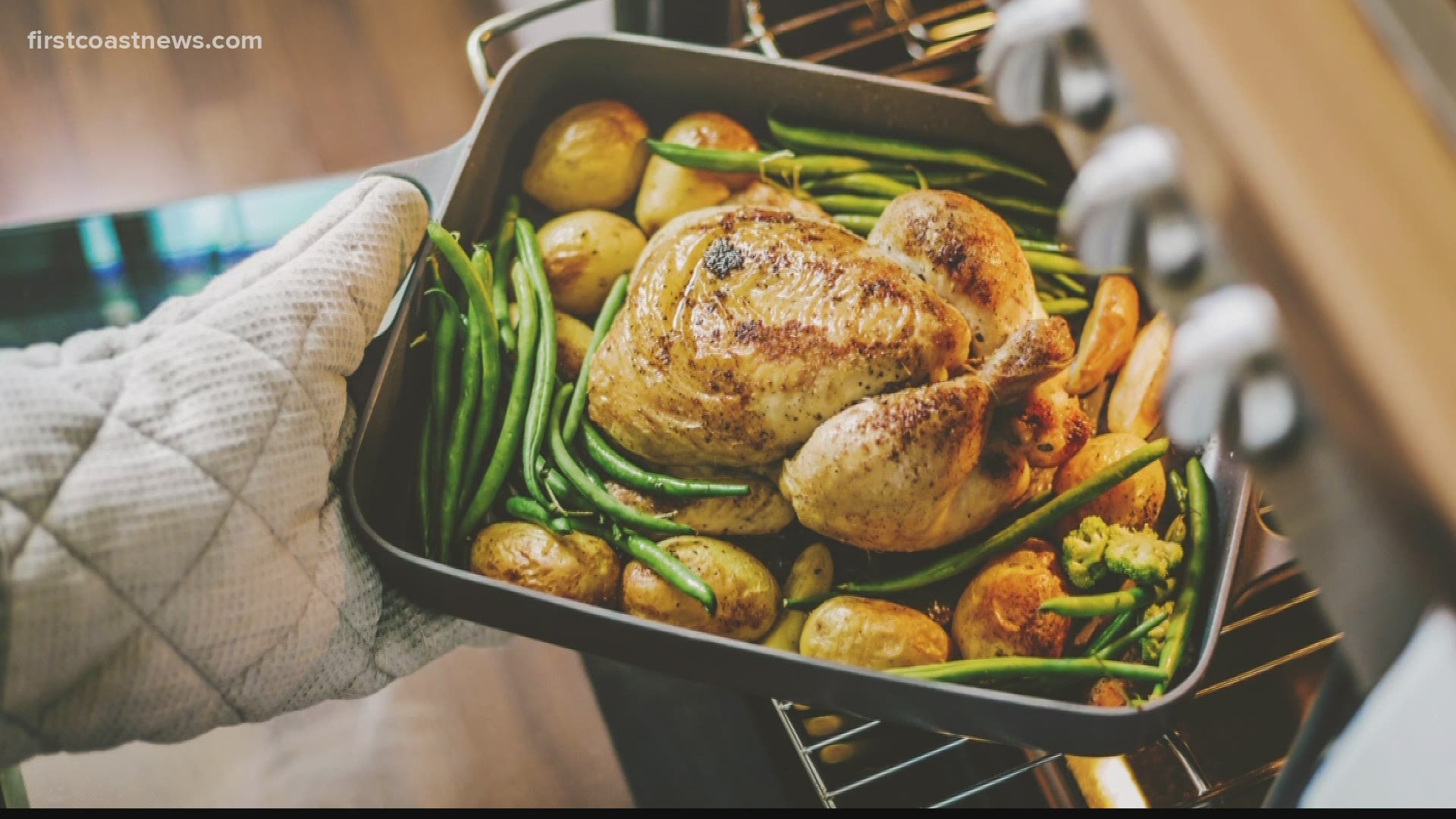 JACKSONVILLE, Fla — It’s safe to say the holiday season will look a bit different this year due to COVID-19. You'll likely see tiny turkeys in grocery stores since family gatherings are expected to be smaller.

Here’s the Buzz: The Centers for Disease Control and Prevention categorizes large indoor gatherings as high-risk activities. With many people planning to scale back their Thanksgiving celebrations this year, some grocery stores say they will stock smaller birds.

Walmart plans to sell more turkey breasts, according to TODAY, which are easier to prepare for smaller groups. You’ll also likely see some stores with smaller versions of their veggie and deli platters.

If you're planning to take the kids trick-or-treating this year, the NextDoor app has launched a map just in time for Halloween.

Here’s the Buzz: Although it may be a bit challenging to know which houses are celebrating Halloween due to the coronavirus, the map handles the hard part – letting users know which doors to knock on.

Neighbors can post if they are decorating their house or dressing up and passing out candy.

The app also has a feature for families to plan a spooky sightseeing route- instead of traditional trick-or-treating.

The countdown is on to the kickoff of Amazon Prime Day. The highly anticipated online sale will last for two days starting Tuesday.

Here’s the Buzz: The event usually takes place in July, but due to the pandemic it was postponed to October. Retail experts told CNBC you should download the Amazon App, add items to your wish list, and look for alerts when those items go on sale.

Tuesday on #GMJ,  we'll take a look at some of those top deals and steals you'll want to keep an eye out for.

Coming up on #GMJ — I’ll have the buzz about #AmazonPrimeDay which kicks off tomorrow! What’s on your wish list? @FCN2go