Much of the merchandise is listed on Amazon and Floyd’s family doesn’t seem to be happy about it. 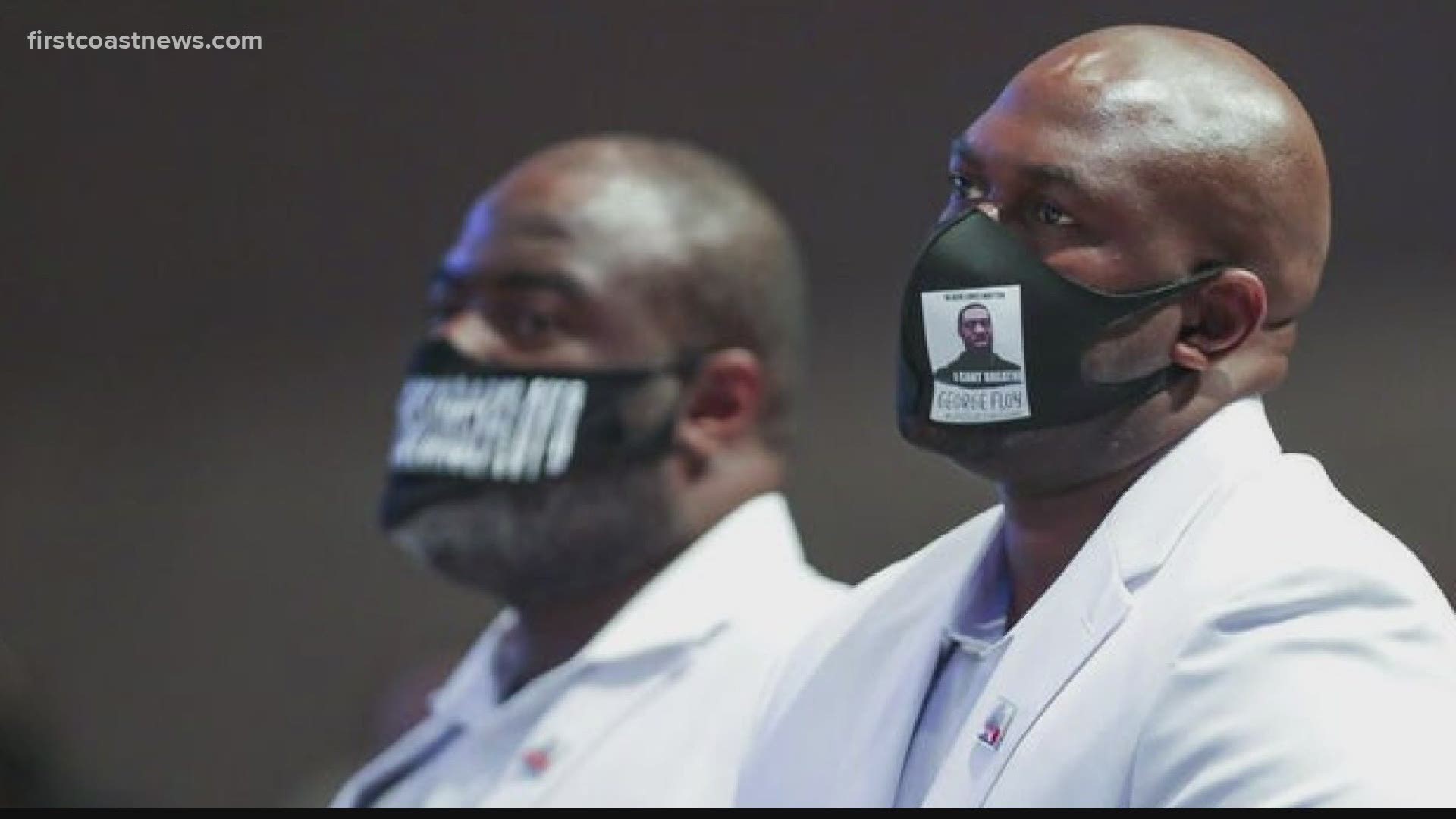 The death of George Floyd has done more than set off protests around the nation, it's also triggered the selling of merchandise.

But do the sellers actually care about the social aspects, or are they just capitalizing on his name?

Floyd, an unarmed black man was suffocated under the knee of a white police officer in Minneapolis on May 25.  Much of the merchandise is listed on Amazon and Floyd’s family doesn’t seem to be happy about it.

“Clearly opportunists,’’ said James Thomson, an adviser for brands selling online told USA Today. “All these people selling T-shirts, they’re basically along for the ride, making money on it.

It is unclear if selling merchandise bearing Floyd's name or image could result in legal liability.

Let's face it ⁠— selling merchandise tied to tragedy is nothing new. Shortly after Kobe Bryant's death, T-shirts bearing his image were sold online and on the street.

Many of the sellers say it’s not about the money, they just want to bring more awareness to the issue at hand.

A few NBA stars are seeking insurance policies from the league before the restart of the season.

Here’s the Buzz: The players asked about the possibility of league-financed insurance policies to protect against a COVID-19 infection or career-threatening injuries.

The players say the three-month league shutdown and shortened training camp increases the risk for injury, and of course, the return to increases the possibility of illness.

A lot of players think its too soon to get back to work. Some even say they don’t want the season to become a distraction for the Black Lives Matter movement.

What do you think about this? Chime in using #GMJ!

American Girl is releasing an exclusive doll outfit to honor front-line healthcare workers. It's a part of Mattel’s "thank you heroes" line.

Here’s the Buzz: For every American Girl scrubs outfit sold, the brand will donate one craft activity book to the First Responders Children's Foundation, which benefits the kids of first responders leading the fight against COVID-19.

The outfit is available for pre-order.

Used cars for a low price

Hertz is selling cars in its fleet at discount prices after filing for bankruptcy last month.

Here’s the Buzz: The company is one of several that has filed in order to stay afloat because of the coronavirus pandemic.

Many of the cars are selling below market value. Check their website for deals – some cars may be shipped from other parts of the country for a fee.