The Buzz: NASA outlines plan to land first woman on the moon

NASA plans to launch an unmanned test flight around the moon next year and a second one with a crew in 2023. 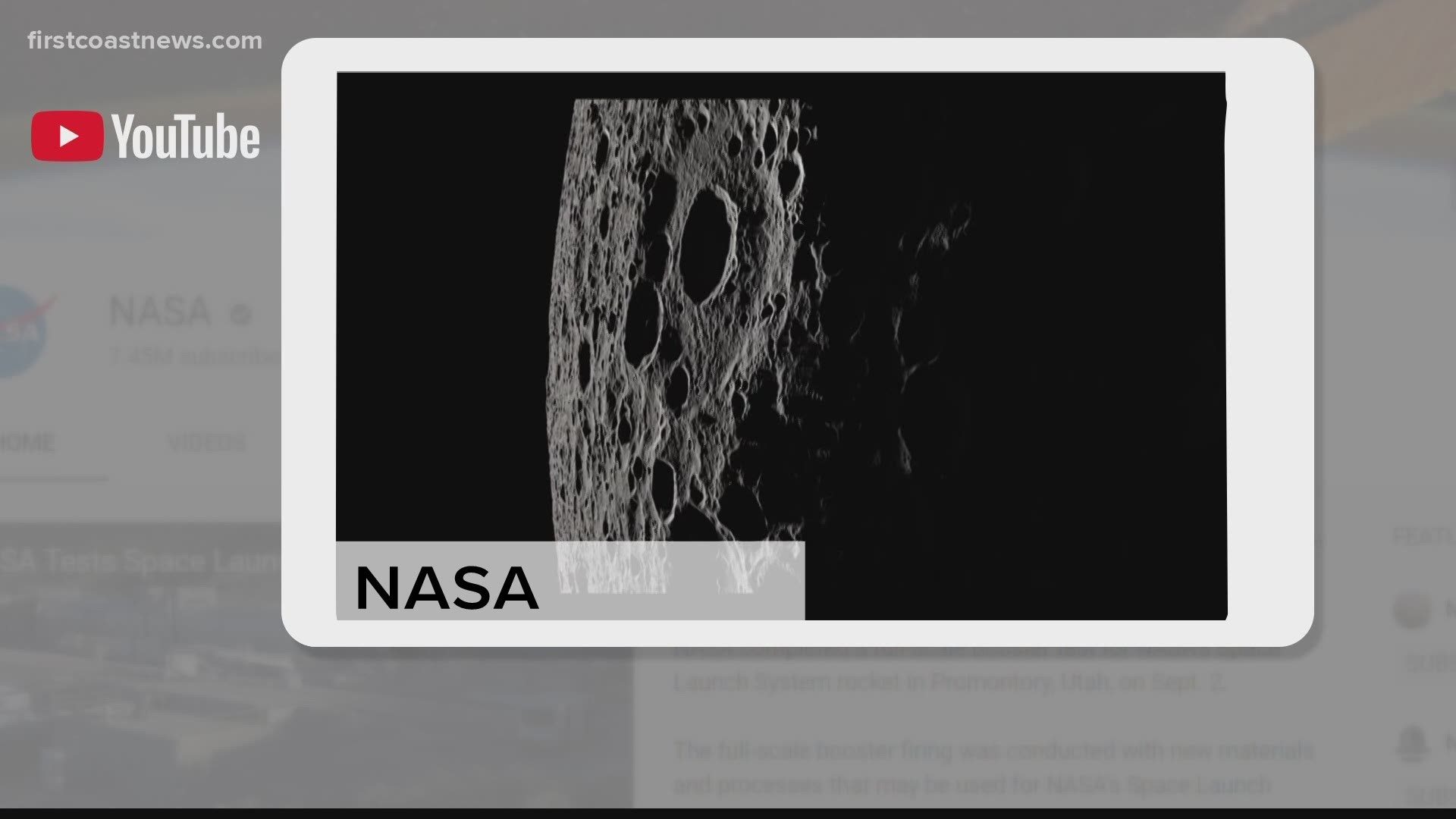 JACKSONVILLE, Fla. — NASA is planning to land the first woman on the moon in 2024.

Here’s the Buzz: The agency is putting $28 billion behind the mission, which is part of NASA’s Artemis plan. This would mark the first time humans would land on the lunar surface since 1972.

Astronauts will travel 240,000 miles to the moon's orbit, using a commercial human landing system to go back and forth between the Orion spacecraft and lunar south pole, according to USA Today.

NASA plans to launch an unmanned test flight around the moon next year and a second one with a crew in 2023.

The mission will last about a week and astronauts plan to collect samples and search for water that could be converted into fuel and oxygen.

We've developed @NASA_Technology to help spacecraft make precise landings on the Moon, and on other worlds.

On Thurs., Sept. 24, we're testing this new sensor suite on a @BlueOrigin suborbital launch. Liftoff is targeted for 11am ET. How to watch: https://t.co/4PTuXKq2VF pic.twitter.com/LdU9M9ntts

Home décor lovers have less than 48 hours to rejoice and rack up on deals. Way Day 2020 kicked off at midnight Wednesday.

This marks the third year the online retailer has hosted the event. Wayfair has slashed prices up to 80% on dining room sets, bedroom sets, recliners, outdoor furniture and anything to make your home nice and cozy.

The countdown to score those deals is on. Way Day 2020 runs through Friday at 3 a.m.