Time releases an edition of its magazine dedicated to 100 of the most influential people each year. 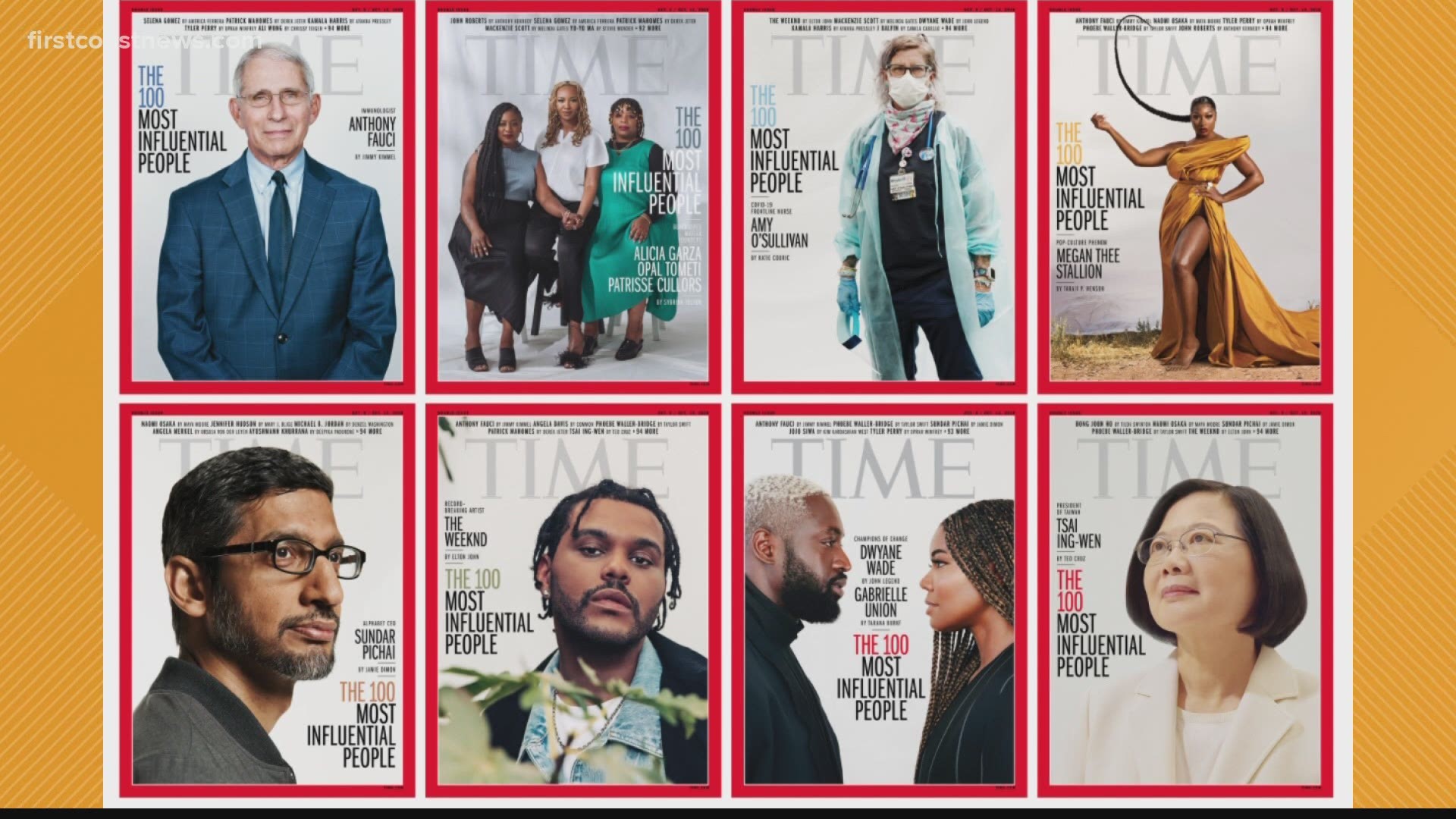 JACKSONVILLE, Fla — Dr. Anthony Fauci, Megan thee Stallion and Tyler perry are just a few of the names recognized by Time Magazine for being influential in 2020.

Here’s the Buzz: Time releases an edition dedicated to 100 of the most influential people every year.

Also featured in the magazine were the three founders of Black Lives Matter, Dwayne Wade and Gabrielle Union who shared a cover, and President Trump, Joe Biden and Kamala Harris.

Amazon lovers will be able to enjoy snag deals on Prime Day after all.

Here’s the Buzz: The annual event will kick off October 13, according to multiple sources.

The sale usually takes place in July, but like everything else, it was postponed because of the pandemic.

It’s unknown if the event will be extended to 48 hours again as it was last year.

California is planning to ban gas-powered cars by 2035, to create a greener environment.

Here’s the Buzz: Governor Gavin Newsome signed an executive order Wednesday, that will ban the sale of new gas-powered cars.

But, it won't prevent Californians from owning or selling them on the used car market.

Newsom said in a press conference that this move will likely push U.S. auto manufacturers to "enhance and advance."

RELATED: The Buzz: NASA outlines plan to land first woman on the moon