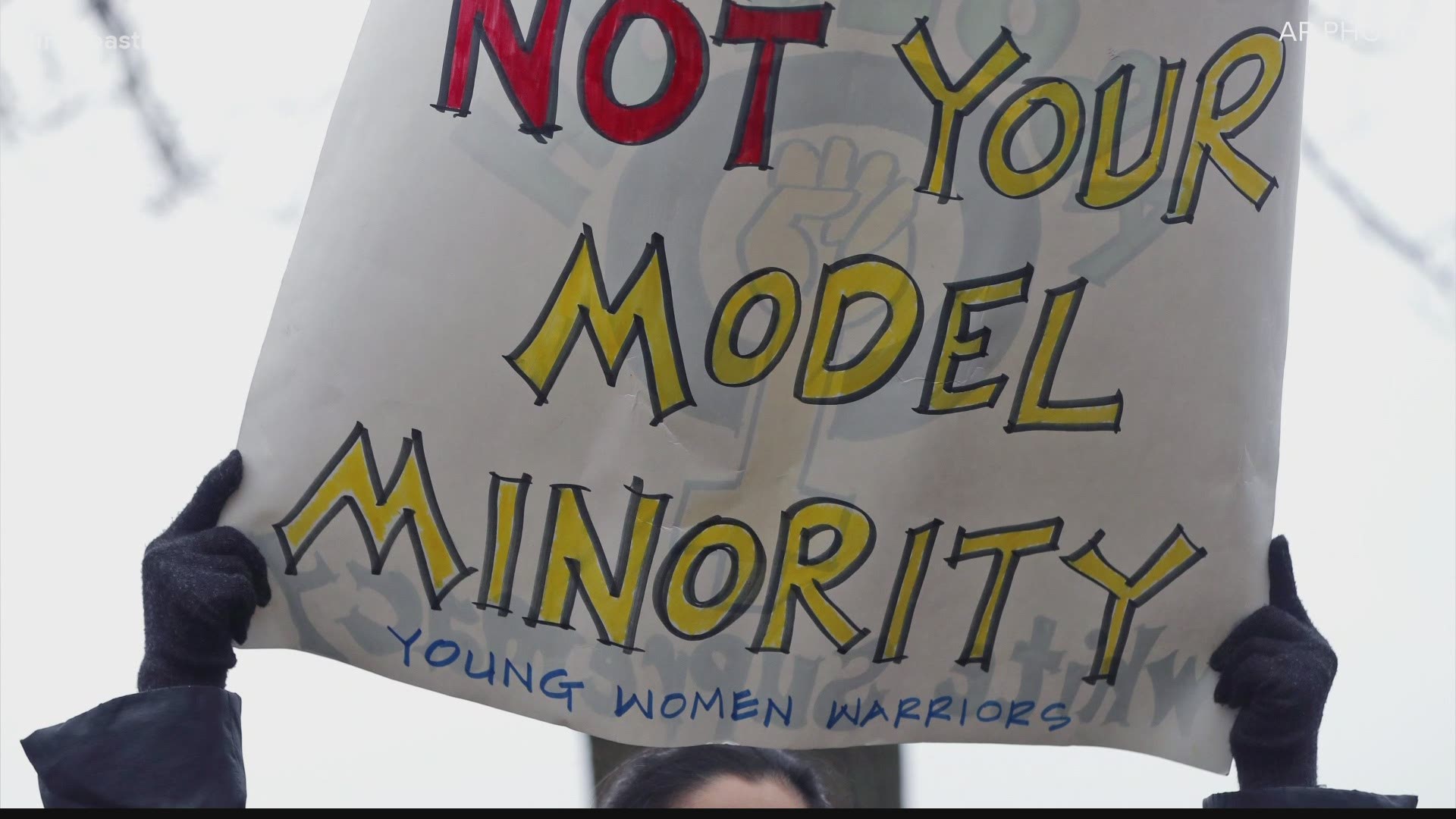 JACKSONVILLE, Fla. — Your chance to stand up against racism comes this weekend.

A "Stop Asian Hate" rally is set for Saturday afternoon at Memorial Park in Riverside. The rally is from 4 p.m. to 6 p.m. and you're asked to wear your mask.

After the rally, there will be a memorial service for the victims in the Atlanta shooting last month. City leaders are planning to attend as well as representatives from the Jacksonville Sheriff's Office who organizers say can answer questions about reporting hate crimes.

"I couldn't wait," said Wei Zhou, Jacksonville Chinese Association vice president and main rally organizer. "I have to stand up for our community."

"I'm a Chinese American woman," said Raiti. "I fear for my life too because I'm an entrepreneur. I quit my corporate job trying to give back to our community. On the other hand, after I finish my work in the evening I'm afraid somebody might come up to me in the parking lot, attack me."

The U.S. has a long history of Asian racism. Notably, the Chinese Exclusion Act in 1882 was the first law to bar immigration based on race. World War II Japanese internment camps imprisoned 120,000 people. Immigration from China was restricted to 105 people a year until 1965. More recently, hate crimes spiked in years after September 11th and 150 percent last year.

Zhou and Raiti say the Asian community is hesitant to report hate crimes, something they plan for JSO officers to discuss at the rally. They also encourage people to get more involved politically so Asian Americans are represented in decision-making in Florida.

"The point is to not walk away, do not remain silent. It's time to stand up for ourselves."

See how many AAPI voters have an impact on Florida here.

Wear your mask to this rally.
4-6 Saturday
Memorial Park in Riverside

Turn on #GMJ now for why organizers say this rally NEEDS to happen. @FCN2go pic.twitter.com/UrN9LKv0Kt

You can support Georgia-based and national organizations that are fighting injustice against Asian Americans and providing life-saving resources to the community, including:

You can report a hate incident to groups like Stop AAPI Hate and Asian Americans Advancing Justice, as well as other community organizations within your region. Many of the advocacy groups have been collecting and using the data to drive policy changes as well as provide critical services needed to prevent and respond to anti-Asian crimes.

RELATED: 'Assistance from the community is needed': JSO looking for answers after man shot multiple times, killed on the Westside