They are using drones to track down missing people and to go where it isn’t safe for humans. October was already a busy month. 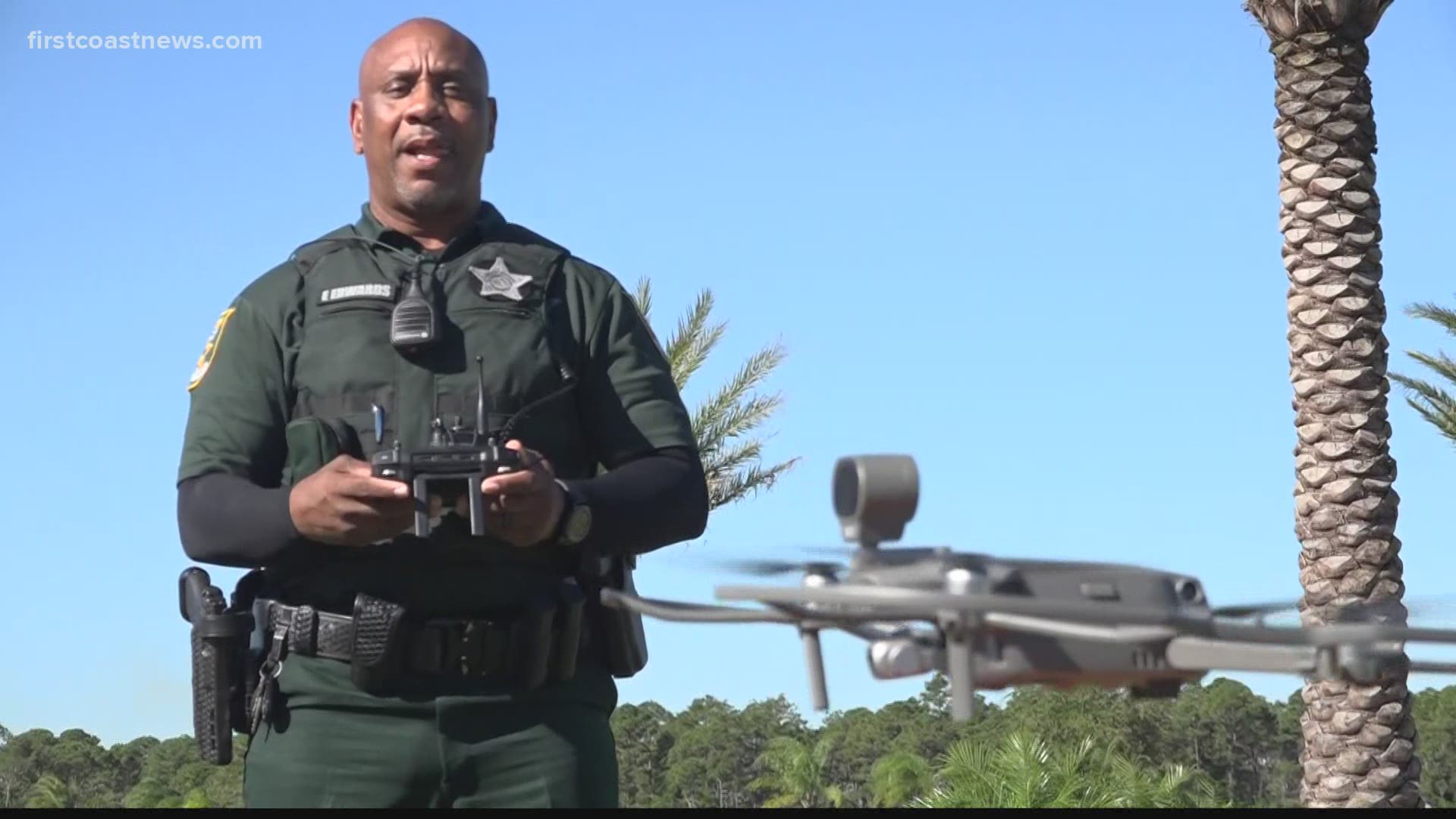 They are using drones to track down missing people and to go where it isn’t safe for humans. October was already a busy month for the new program.

The sheriff's office has eight drones. Seven are used for crime scene analysis and one is used for patrol. The sheriff's department spokesperson says they've been using them for four months.

"This is the St. Johns County Sheriff's Office," said Deputy Ernest Edwards, drone coordinator, into a microphone. His voice comes through a speaker on the drone.

"We had to respond where a kid goes to this particular tree house after school so we were able to launch the drone, find the tree house, and the kid was located as well," Edwards told First Coast News.

Law enforcement agencies are using drones more nationwide mostly for search and rescue situations like this, according to justice department research. Like previously mentioned, October was busy for the patrol drone in St. Johns County, where its usage ranged from search and rescue to surveying gas leaks.

"Before they sent their personnel in there and endangered their lives we were able to survey it overhead with a drone," said SJSO Spokesperson Chuck Mulligan.

They also used the patrol drone when a driver drove through a neighborhood and ended up in a pond. No one was hurt.

"We saw the tire tracks going into the pond but we needed to verify what was actually in the pond," Edwards said. "We couldn't see that far into the pond so by hovering the drone over the water, a couple adjustments to the camera and settings, we were able to see glints of the vehicle maybe four to six feet submerged under water."

Drones are less expensive than using a helicopter, but officers would still need permission for something like looking inside your car. Your privacy rights do not change because a drone is involved.

There are a lot of uses for drones that they haven't needed them for yet. Another big one is for disaster relief.