Ethan Coll is 18 years old and got his pilot's license at age 17. 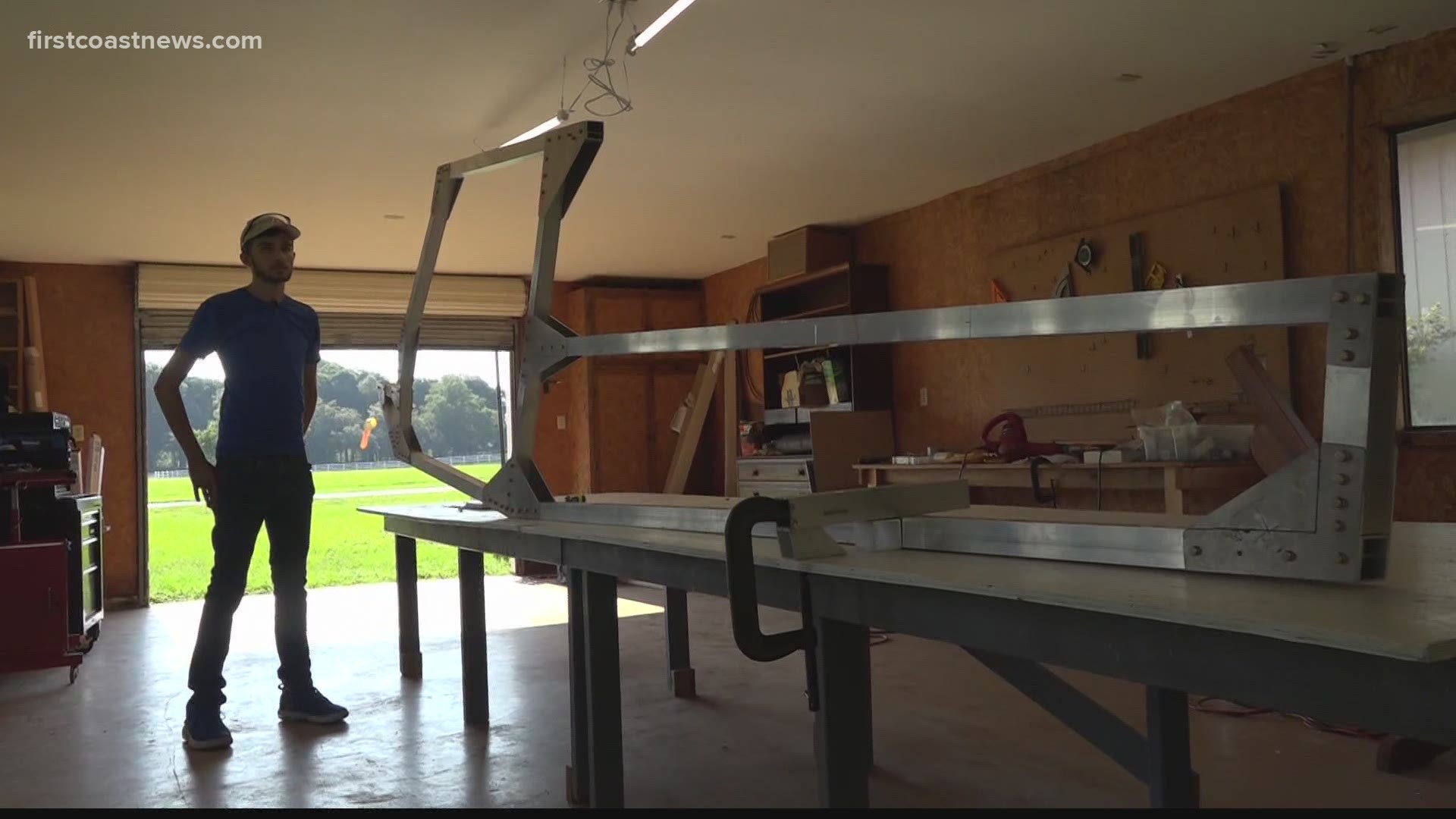 JACKSONVILLE, Fla. — A Putnam County teen is working to become one of the youngest people to build his own airplane.

Ethan Coll is 18 years old and got his pilot's license at age 17. He's building a small aircraft with the goal of flying it to world's biggest fly-in next year in Oshkosh, Wisconsin. The fly-in this year is happening this week.

"You can see everything from a different perspective," Coll said about flying. "Kind of opens the whole world up."

Coll took his first flight with a friend at 15 years old. He never looked back and is now building his own plane, which costs about $12,000 and takes 500 hours.

RELATED: Streaming Guide: How to watch events during 2020 Tokyo Olympics

"I wasn't just trying to break a record or anything," he said about building a plane at such a young age. "Just something I really wanted to do and everything worked out."

Coll started his own car detailing business to pay for it. It's not just getting to fly a plane he built that's keeping him going.

Coll just graduated high school and plans to spend the next year working on his plane, which he compares to a motorcycle for the sky. It's a tribute to a friend that proves the sky's the limit for where he plans to fly.

"The world's biggest fly-in, in Oshkosh, Wisconsin," said Coll. "By next year, hopefully be able to fly it up there."

Could you build your own airplane (and then fly it)???

This 18-year old in Putnam County is doing it! He's got big plans and is doing the 500 hours of work for another reason than just to fly.