Jacksonville Sheriff's Office received a call for an armed robbery at a Publix in Mandarin around 9:40 Thursday night. 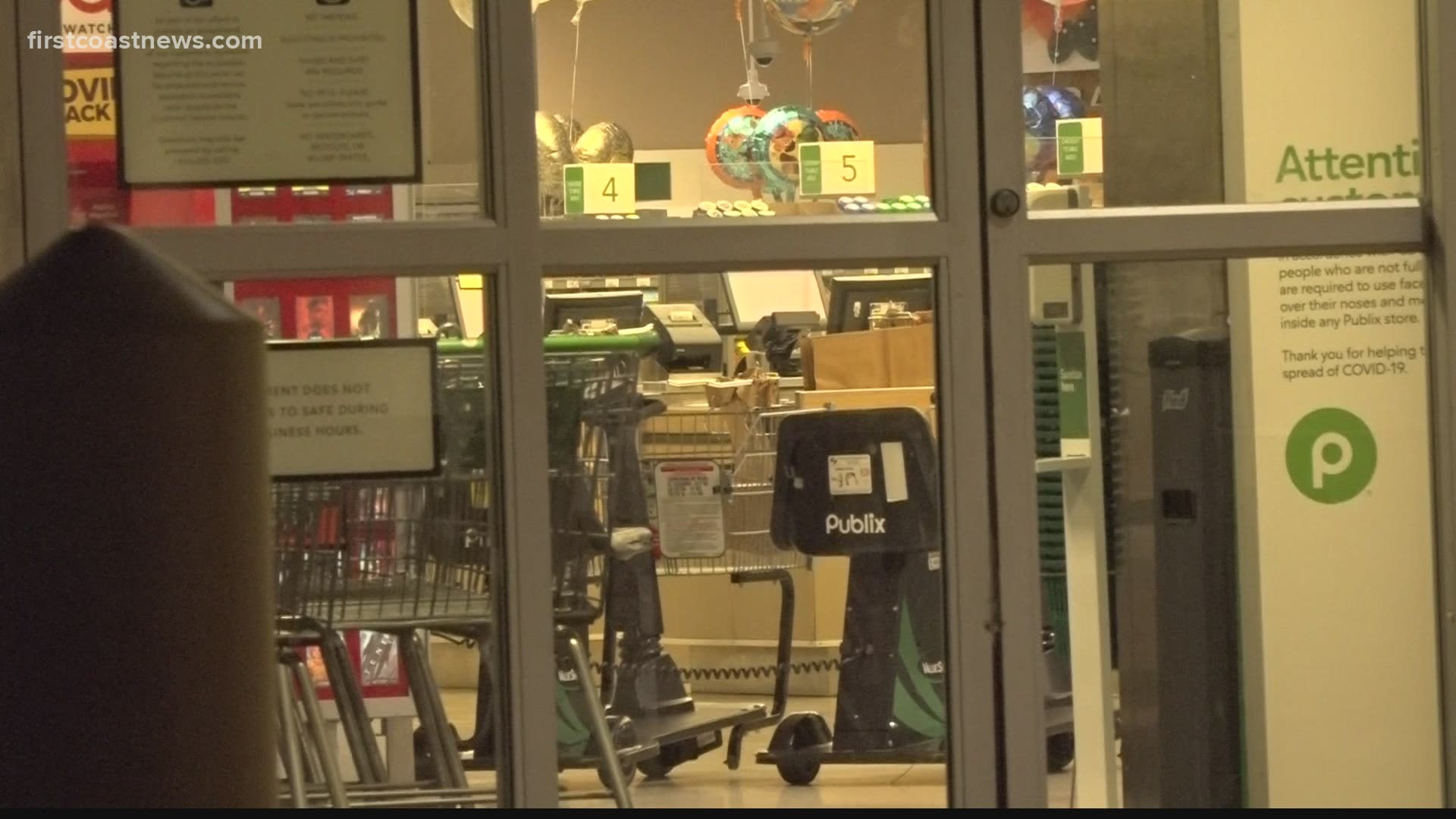 Police say they got a call for a robbery in progress at Mandarin Publix off Old St. Augustine Road around 9:40 p.m. while customers were shopping.

Police say he was armed with a handgun displaying it in the store.

UPDATE: Man identified by police after reportedly stealing over $1,000 from Publix, apprehended by K9

Officers got a description and spotted the person off Old St. Augustine Road. JSO says the man began to run.  That's when the K-9 unit chased after him, says police. JSO says the suspect fired a shot at the officer and the dog.

Police say he missed and the K-9 took the suspect down. Police also say the man threw his gun to the side.

The officer and K-9 were uninjured and there were no reports of injuries inside the store.

The man, who police have not publicly identified, was treated on scene by Jacksonville Fire and Rescue Department. Our crews caught video of his arrest and could see blood on his face.

First Coast News is blurring the video of the suspect until police publicly identify him. Police have not released what charges the man is facing yet.

Crime scene tape was put around where the man was arrested, which happened to be near a senior living facility. JSO says that facility was not involved in the incident.

#BREAKING overnight: This man was arrested for robbing a Publix in Jacksonville. @JSOPIO says he was armed w/ a handgun. Customers & employees were in the store at the time. A K9 took him down on Old St. Augustine Rd. @FCN2go is blurring his face until police identify him. pic.twitter.com/p8Uz9BsB0K