A study suggests higher rates will encourage people to park in garages. However, The hourly rate for most parking garages in Downtown Jacksonville is even higher. 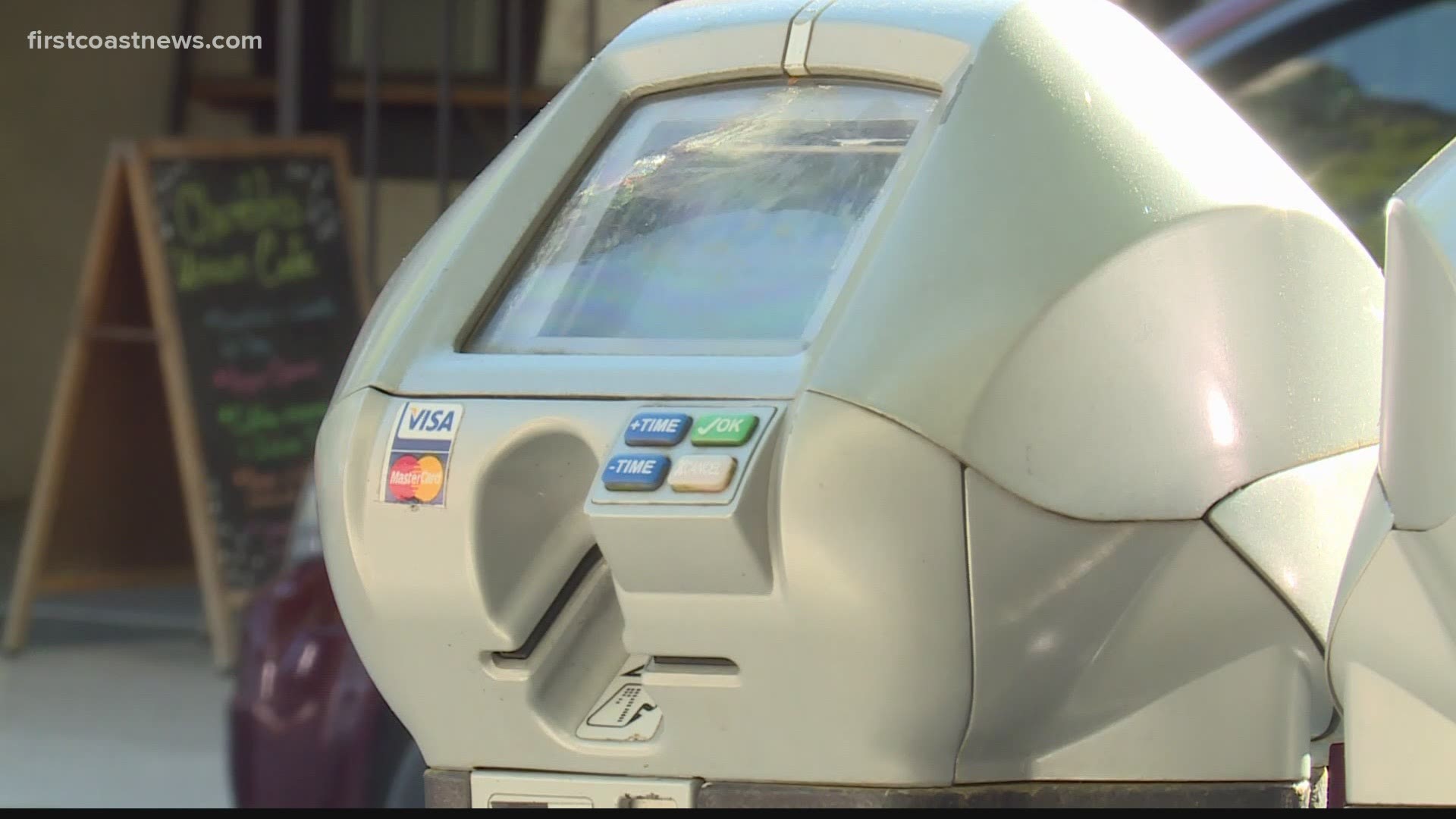 JACKSON, Tenn. — Parking in Downtown Jacksonville might cost you more now. The price to park at one of the city's 900 parking meters quadrupled this week.

A quarter used to buy you enough time to grab a quick bite to eat. Now, it may not be enough to grab a to-go order. Instead of 50 cents it now costs $2 to park for one hour.

"They're making parking harder and harder for people to shop downtown," said Larry Hazouri, owner of Desert Rider Sandwich Shop. "Yet they say they are really pushing downtown and they want to bring downtown back."

Jacksonville's public affairs office says it goes back to a 2019 study with suggestions on how to improve the city's parking. The claims are higher parking meter rates that are more comparable with other cities will encourage people to park in garages, helping traffic flow.

The hourly rate for most parking garages downtown is more than $2 an hour.

"What's justifying the raise?" asked Cari Hamoui, a manager at Chamblin's Uptown. "We're not as quite a developed city as other metropolitan areas."

The city's public affairs office says the parking division is operating in the red and the additional money would go toward operating expenses and getting new parking apps and kiosks.

District 7 City Council Member Reggie Gaffney says he plans to try to stop the rate increase in his district.

"I don't think it's fair to these businesses downtown," Gaffney said. "It's not right."

According to Downtown Jacksonville's website, downtown has more than 44,000 public parking spaces in all.

Read the full answer from the city's public affairs office on the city's response to people unhappy about the increase:

"The meters are intended for use by transient parkers visiting nearby restaurants, shops, offices, etc. and we want to discourage people working downtown from parking all-day in metered spaces rather than in garages or lots. Best practices in the parking industry dictate that the on-street parking spaces are the most valuable asset in the system. As such, the parking rates at the on-street meter locations should be priced high enough to encourage turnover which enables those parking spaces to be utilized by many different users throughout the day. In many cases, maximum time limits are also utilized (as in Jacksonville) to discourage long-term users from parking in the most valuable parking spaces. The other benefits of properly pricing the parking assets is that it discourages motorists from excess driving and “circling” the blocks in search of a vacant on-street parking space. Removing vehicles from the roadways and converting the motorists to pedestrians as quickly as possible reduces the number of potential vehicular-pedestrian conflicts, reduces carbon emissions, and increases pedestrian activity (which in turn improves overall safety and the economic vitality of the local businesses). This rate adjustment followed a rate adjustment in City owned garages to “right size” the rates for each in response to market demand."

2 strangers, 1 kidney, and a mission to get others to become living donors