Parenting in a Pandemic: NYC mom gets life-threatening scare

As the number of cases in New York continues to rise so does her concern. It wasn't expected, but the coronavirus has hit dangerously close to home. 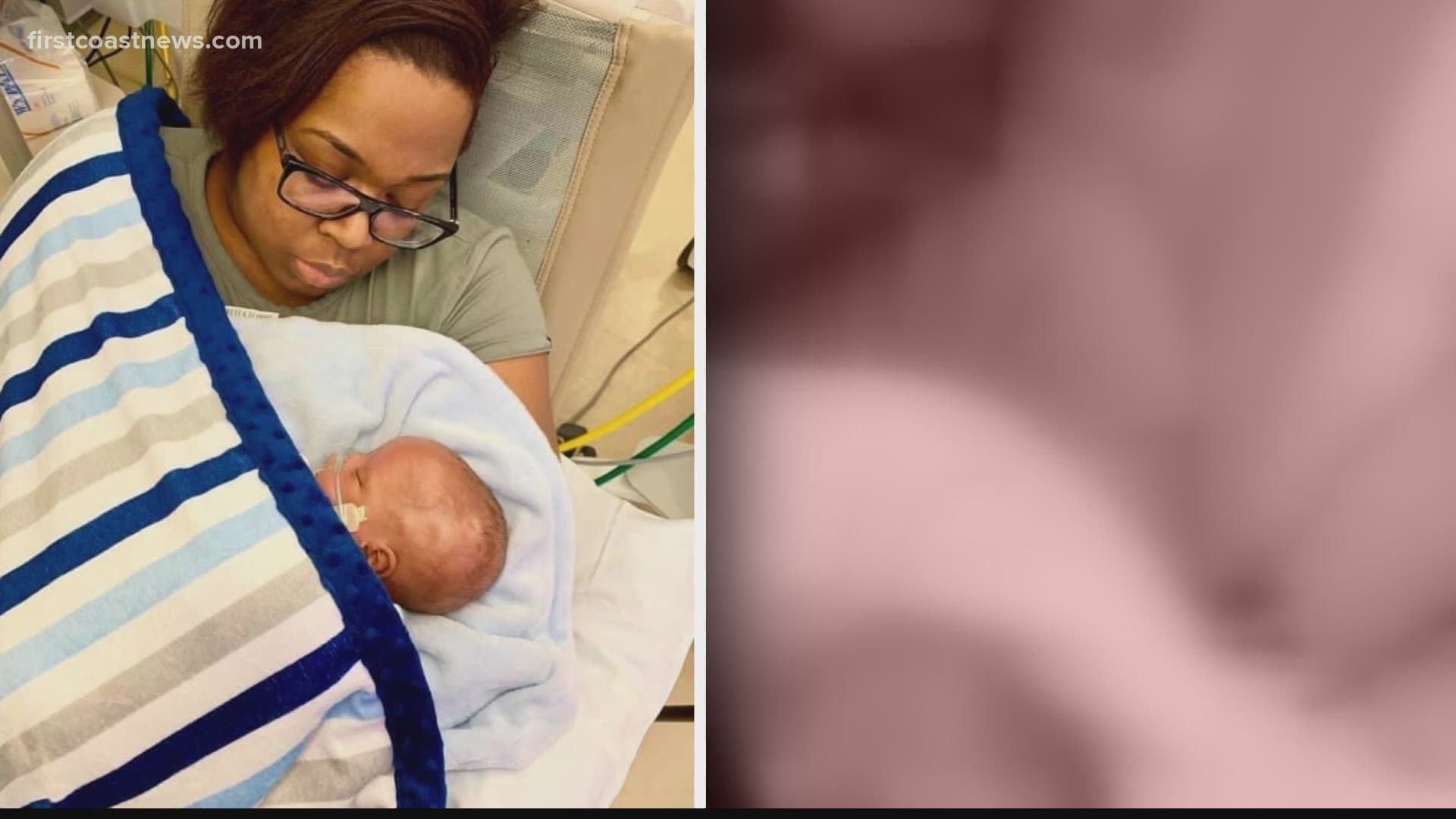 Throughout the week Good Morning Jacksonville anchor, Keitha Nelson is taking a virtual look into the lives of moms across the nation. Monday covers the epicenter of the pandemic, New York City.

New York City's coronavirus death toll has reached nearly 20,000 according to the City Health Department. The state is now warning other parts of the U.S. about a new mystery inflammatory syndrome that appears to be related to COVID-19 and is causing severe sickness and even death in children.

"My nephew (KJ) who was born one pound two ounces, he's a big boy now but he's still an infant, still using a trach, so he cannot afford to get sick," Selvena Brooks-Powers said.

As the number of cases in New York continues to rise so does her concern. It wasn't expected, but the coronavirus has hit dangerously close to home for her.

"My sister as of last week started to show signs of coronavirus," Powers said.

Her sister is 29, the mother of little KJ.

"It's hard and sad to see because when her son was born he was in NICU for so long," Powers explains. "It took quite some time before she was able to hold him and now she has to be separated from him for 14 days."

That's another worry to add to Powers' lengthy list of concerns as a mom herself who is navigating through crisis.

"She tries to reach out and touch people's faces now on (video chat)," Powers said while holding her infant daughter Olivia.

Little Olivia is now accustomed to video chats. It's the only way their family is able to safely connect in a world where face masks are worn to purchase necessities, and loving gestures such as hugs are frowned upon.

"In a city like New York which we're known as the city that doesn't sleep you're used to having everything bustling," Powers said. "It's much quieter I don't hear as much noise. The kids aren't out in the park behind me right now."

Powers and her husband like most people across the nation and around the globe are working from home.

"We're taking calls, we're on video, so that makes it a bit tricky," Powers explains. "I have an eight month old baby and I'm in a pretty confined space. Just really trying to adjust."

She's learned to steal quiet moments setting up her office in the kitchen for the day creating a cafe experience.

"It felt good to change what my space looked like for the day," Powers said. "So I don't feel like I'm in the same space yet again especially having been in quarantine for I think it's been a month and a half almost two months now."

Her suggestion to other moms: "Do something for yourself each day, even if that means closing the bathroom door and spending a few moments in there."

Powers says it's the little things and little people that can bring us all peace during this crisis.

One day after her interview Powers called Keitha Nelson to say her mother who lives in Queens contracted the coronavirus.

The good news is she appears to be doing well and so is Powers' sister who is now able to hold her son KJ again as he celebrates his first birthday Monday.

RELATED: Senator calls on VA to explain use of unproven drug on veterans

RELATED: Pence keeping his distance from others after exposure to aide with coronavirus