OPINION: Why the Jacksonville Jaguars are even worse than you think 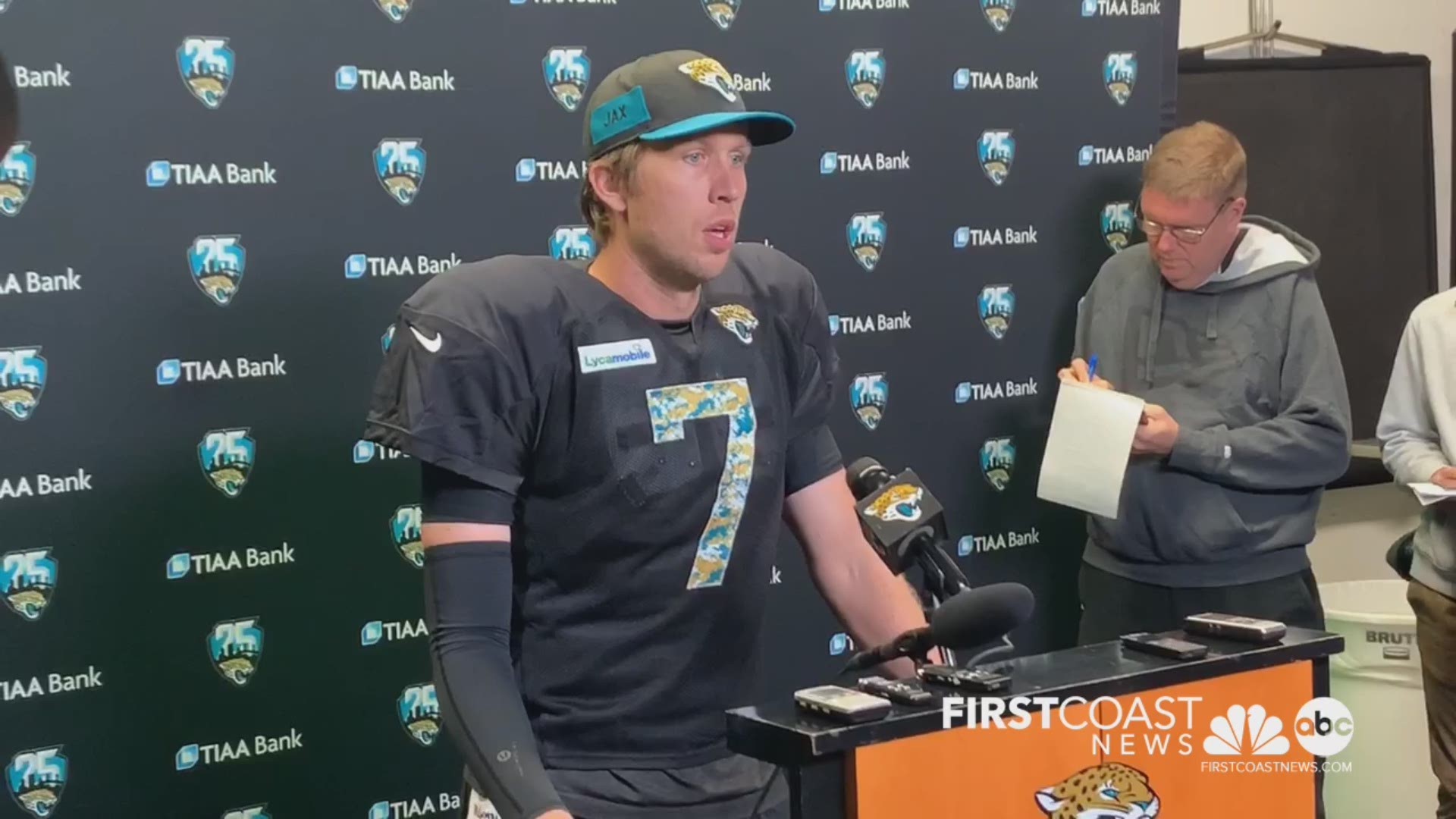 While holiday ads are telling you it's going to be a December to remember, the Jacksonville Jaguars are licking their latest wounds from a November of surrender.

In the last three games, all of which were against AFC South rivals, the Jaguars came up with the following performances:

WHERE IT ALL WENT WRONG:

Just one month ago, this team had so much optimism. Remember that?

At 4-4, this team headed to London with a chance to extend its winning streak to three games and move into a playoff spot.

Instead, the Jaguars unraveled and that was just the beginning of what's been a month to forget AGAIN.

For real, they haven't won a game in the month of November since Nov. 19, 2017 and even that was against the eventual 0-16 Cleveland Browns.

But honestly, if you look a little deeper, we shouldn't have been surprised.

Here's a list of the quarterbacks the Jaguars have beaten this year:

In other words: the Jaguars are pretenders.

Jacksonville's last win against an opponent with a winning record was December 2, 2018 vs Indianapolis. The quarterbacks in that game? Andrew Luck and Cody Kessler.

Yes, for all the magic of Minshew Mania, it's still Kessler who's led the Jags to the team's most recent win against a formidable opponent. The only other contender the Jaguars have beaten in the last two years was way back in Week 2 of the 2018 season - that rematch against New England - which felt like a signature win for the Jags and Blake Bortles at the time.

The Jaguars have won just 7 of 25 games since that day - now seemingly a distant memory.

So where to go from here? Well, for starters, you root hard for the Los Angeles Rams to keep losing. The Jaguars are getting the Rams' first-round draft picks in both 2020 and 2021 so the more they lose, the better those picks will be.

As things stand right now, the Jags would select 12th in the draft with their own pick, and 19th with the Rams' 2020 pick.

Then - you support your team. Watch the Jags finish out the season and see what happens. It's what fans do. One day, all the loss will make the winning years that much sweeter.

At least, one can only hope.