It took eight months for Sloane Stadt and her family to be able to shout for joy as she beat cancer amid the pandemic. 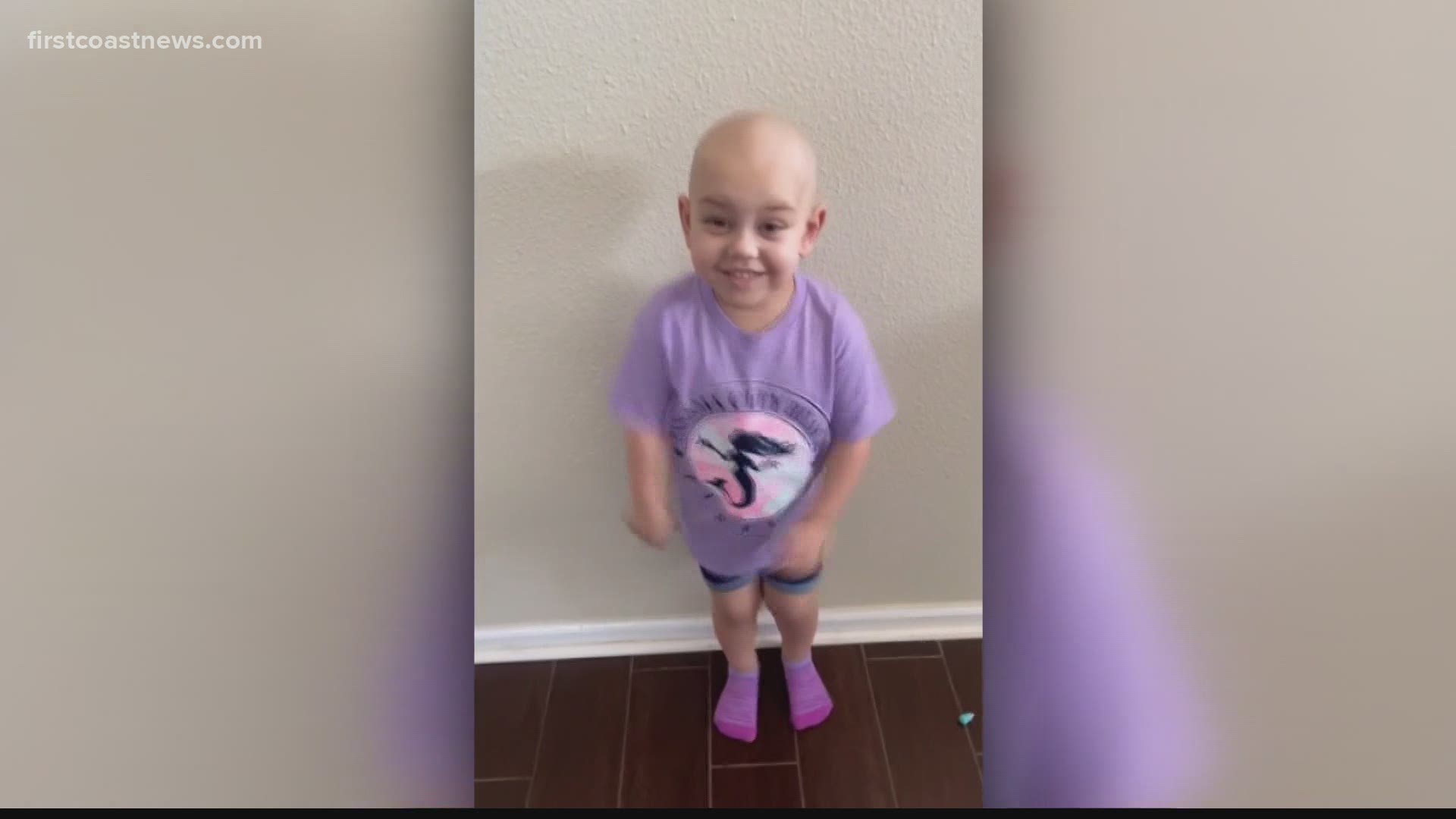 JACKSONVILLE, Fla — A local 4-year-old who was diagnosed with a rare form of cancer and had to fight for her life amid the pandemic is now cancer-free.

For eight months, Sloane Stadt and her mother, Ashley, spent countless hours in hospitals as the child underwent grueling chemotherapy. In early September, the two found out Sloane was in remission.

Ashley Stadt posted a heartwarming video on social media sharing the news with her daughter.

“Sloane you are cancer free,” said Stadt. “Yay!” replied Sloane with her hands in the air.

Sloane also needed a bone marrow transplant. Her 9-year-old sister was a match and became her donor.

Stadt says the past few months have been a blur as the comforts they leaned on for support while little Sloane battled cancer were quickly snatched away.

“The pandemic hit,” Stadt said. “No visitors. No therapy dogs. Even the special programs the hospital has -- none of it. The isolation, it was very hard. It was extremely difficult."

She says nurses, doctors and staff kept them afloat. And once outside of the hospital, their community took the torch.

"Larry is amazing with Luxury Transportation,” Stadt exclaimed. “He is the man!"

She says he helped to plan a special night for Sloane that included a red carpet, balloons, gifts and a limo ride to a private viewing of "Sonic the Hedgehog."

“Costumers with a Cause got a hold of me as well,” Stadt said. “I couldn't believe how many were there when we rolled up. There were super heroes and princesses. It was amazing!”

It was an extraordinary evening for an exceptional little girl.

September is Childhood Cancer awareness month and Stadt is now involved in the fight to help raise awareness of childhood cancer. It only receives about 4% of research funding annually but is the leading cause of death by disease for children under the age of 14 in the nation.

There is a GoFundMe page for the Stadt family to help cover the cost of Sloane's treatments. If you would like to donate, you can click here.