The new museum means doubling their exhibit space. They'll be able to have 470,000 visitors, which is 170 percent more than they can fit now. 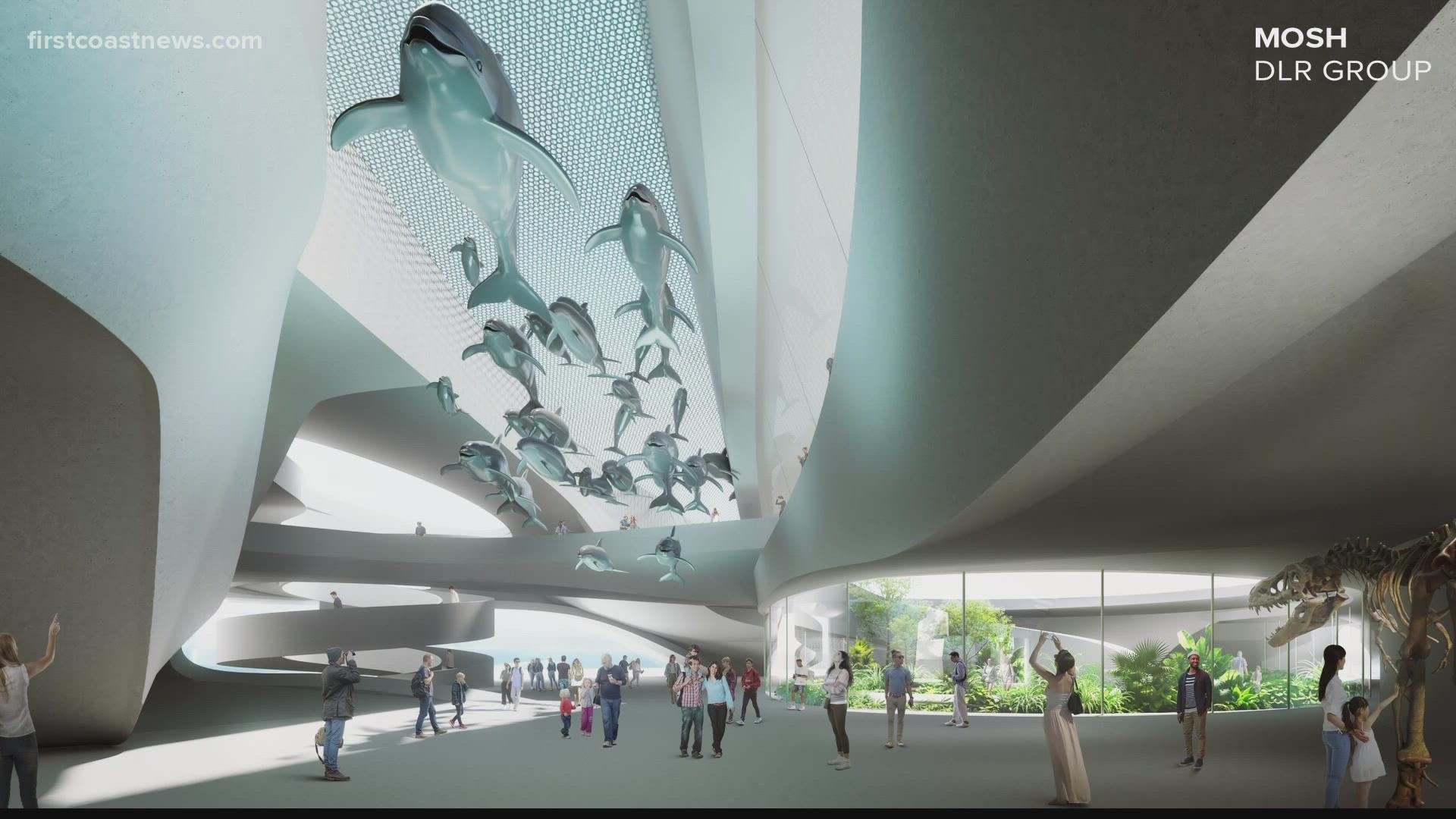 JACKSONVILLE, Fla — As Jacksonville grows, now the 12th largest city in the country, progress is also being made in growing the Museum of Science and History.

MOSH just chose their lead architect, DLR Group, in building their new, bigger museum at the Shipyards on the Northbank and they're drilling up excitement for it. In a few years the Southbank and Northbank may look completely different as talks of development with multiple projects on each continue.

The new museum means doubling their exhibit space. They'll be able to have 470,000 visitors, which is 170 percent more than they can fit now.

"We'll also be looking to introduce interactive components, or digital components," said CEO Bruce Fafard. "We're looking for something that's going to be iconic on the river."

MOSH's current building on the Southbank is more than 50 years old. Fafard says the disposition of land for the Northbank is planned for the first quarter of next year. Construction will take three to three and a half years, with a planned opening in 2025.

"We represent Northeast Florida in all its wonder," said Fafard. "We're excited not only about the 80th anniversary this year, but also about continuing that over on the Northbank."

He says the important role of museums will shine bright at their new location. MOSH will add new interactive, technological components to favorite exhibits like Atlantic Tales and Currents of Time, but the new museum will also be able to host more new exhibits.

"The biggest joy that I get is when I walk through the museum and I see our young visitors light up with joy, light up with fascination, as they interact with our exhibits," Fafard said. "It just is amazing what it's going to do for the museum and for Northeast Florida."

See when you can visit MOSH here.

In the words of Beyonce: Lemme UPGRADE U🎶

We got an update on progress with @MOSHjax moving to the Northbank! When might we see it happen?? Turn on #GMJ! pic.twitter.com/Lx2IhVrmC0

RELATED: Get paid $1,300 to watch 13 Stephen King movies by Halloween